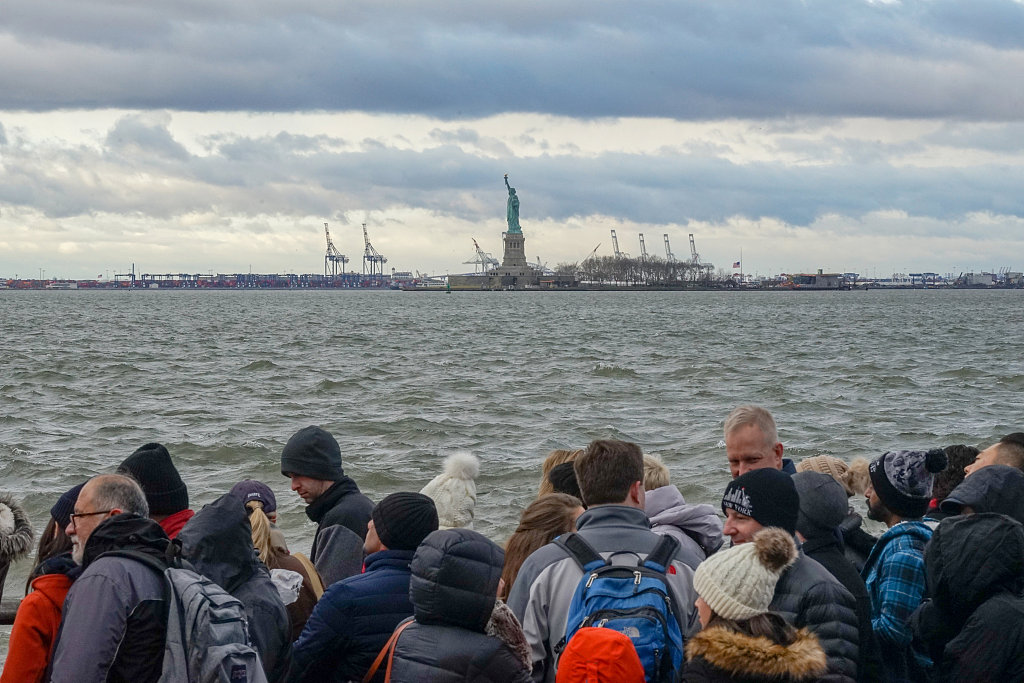 People wait for a ferry to the Statue of Liberty after Governor Andrew Cuomo ordered state tourism funds to be used to keep the state park open during a partial federal government shutdown, in the Manhattan borough of New York City, New York, US, December 22, 2018. (File photo: VCG)

A record-breaking 65.2 million tourists visited New York in 2018, its tourist board said Wednesday, with British people particularly keen to visit the Big Apple from overseas.

According to new figures from NYC & Company, around 51.6 million Americans and 13.5 million foreign tourists visited the city last year -- compared to 13.1 overseas visitors in 2017.

New York ranked the 6th most-visited city in the world for foreign tourists, according to Mastercard's annual Global Destination Cities list published in September, based on a projected 13.1 million visitors.

Bangkok topped that list, ahead of London, Paris, Dubai and Singapore.

The US's financial capital, where tourism employs over 390,000 people, hopes to break records again in 2019 with a predicted 67 million visitors.

One event expected to draw people in is June's Gay Pride, which will mark the 50th anniversary of the Stonewall riots, emblematic in the fight for LGBT rights.