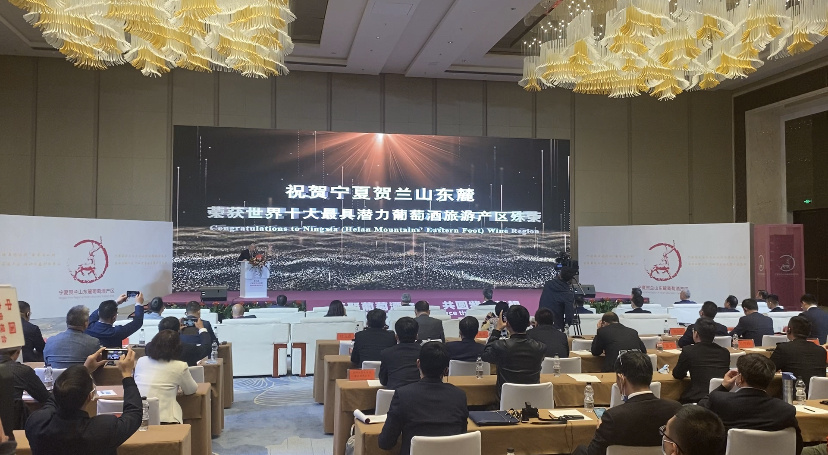 World Wine Tourism Forum was held in Yinchuan, capital of Ningxia Hui autonomous region, on Thursday. The list of World Top 10 Most Promising Wine Tourism Destinations was revealed with Ningxia among the sought-after destinations.

The other destinations include Chile's Maipo, New Zealand's Wairarapa, Quebec in Canada and Yamanashi in Japan.

Wine tourism producing areas in Argentina, Spain and Australia were introduced to the audience at the forum.

By the end of 2019, there were over 38,000 hectares of vineyards in Ningxia, accounting for a quarter of China's total.

The forum is part of the ninth International Wine Expo of Helan Mountain's East Foothill held from Oct 22 to 23.

Themed "In the Wine Capital We Embrace the Purple Dream", the expo is co-organized by the Ministry of Agriculture and Rural Affairs and the Ningxia government and attracted 500 guests.