TRAVEL Number of Chinese tourists going to the US declining

Number of Chinese tourists going to the US declining 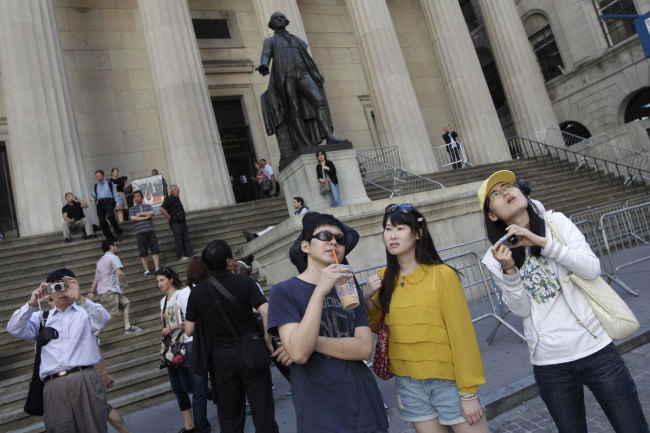 In this Friday, June 15, 2012, file photo, a group of tourists from China take in the sights of the New York Stock Exchange and Federal Hall National Memorial. (Photo: IC)

The number of tourists from China who are travelling to the United States has been falling since last year, putting growing pressure on America's economy, reports Xinhua News Agency.

China is currently the world's largest source of outbound tourists, and was one of the largest sources of tourists to the United States last year, according to the Xinhua report.

But data from the US National Travel and Tourism Office showed that the number of tourists from China traveling to the United States fell by 6 percent last year – the first drop in 15 years.

On top of the slowing of the world economy and the appreciation of the US dollar, the ongoing China-US trade tensions are believed to be another major challenge to the tourism industry in the United States.

"We are always watching it and looking at it, because those things tend to have an impact, particularly as related to travel policy," said Chris Thompson, president and CEO of Brand USA, an organization dedicated to marketing the United States as a premier travel destination.

International tourists provide about 1.2 million jobs in various industries in the United States, according to the US Department of Commerce.