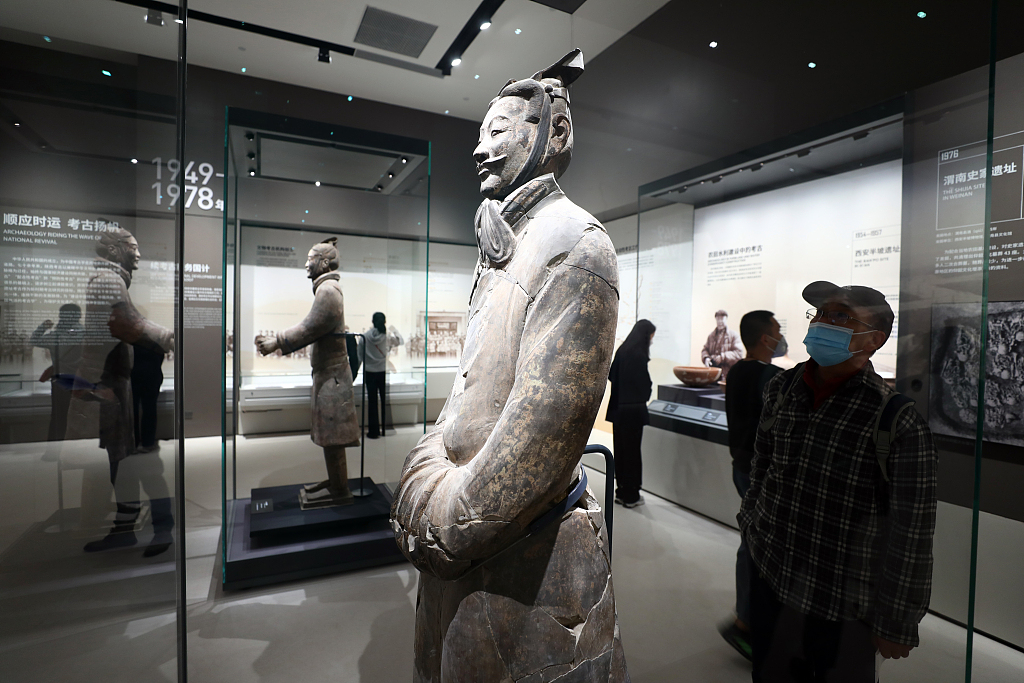 Shaanxi Archaeology Museum, the first of its kind in China, opened to the public on a trial basis in Xi'an, capital of northwest China's Shaanxi Province, on Thursday.

With an indoor exhibition area of 5,800 square meters and an outdoor exhibition area of 10,000 square meters, the museum has on display an array of cultural relics unearthed from the archaeological sites in the province, 90 percent of which are debuts, including a tombstone excavated with an epitaph written by Yan Zhenqing, one of the most renowned calligraphers during the Tang Dynasty (618-907).

Repaired items are also on show, such as a bronze chariot dating back to the Western Zhou Dynasty (1046-771 BC). The excavation site of the chariot is also open for visitors.

"By showing the real scene of excavation, the museum aims to offer the public a closer look at the archaeological research," said Sun Zhouyong, the curator.

Home to the world-famous terra-cotta warriors and horses, Xi'an is noted for its rich cultural heritage resources.

The trial operation runs until the end of July and entrance is free.