NZ feels impact of uncertainty as travel from China wanes 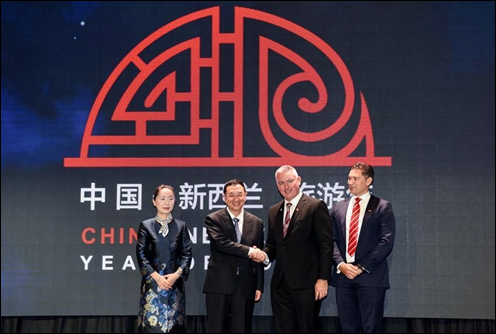 New Zealand's tourism sector is feeling the pain with a 21-percent decline in Chinese arrivals in April amid the uncertainty of the country's political relationship with China due to its wavering stance toward Huawei.A dramatic fall in visitor arrivals from China to New Zealand was seen in 2019, a China-New Zealand Year of Tourism.In April, the number was down 9,900, or 21 percent, year-on-year, said Statistics New Zealand on Wednesday.The steep decline was abnormal, because there were no major security concerns, or restrictions and government warnings, according to analysts.The reasons are clearly not stemming from China's tourism industry or economic performance, said Zhang Lingyun, director of the Tourism Development Academy at Beijing Union University.New Zealand was among the popular destinations among Chinese travelers given its beautiful natural scenery.However, Zhang noted that New Zealand is among the Western countries that followed the US technology ban on Chinese company Huawei. As China-US tension escalates, Chinese travelers may hold certain concerns about traveling there.After uncertainty over Huawei, the pre-planned event to launch the 2019 China-New Zealand Year of Tourism, which had been scheduled to take place on February 20 at Te Papa in Wellington, New Zealand, was postponed to March 31. The rescheduling meant it missed the opportunity to benefit a high season for Chinese travelers.The delay of the launch event had an obvious impact, said Xu Xiaolei, manager of marketing at China Youth Travel Services, one of the largest travel agencies in the country."The tourism industry is very sensitive to political relations" between other countries and China, Xu said. "Chinese travelers will show their sentiment toward a certain country in their consumption," Xu added."They know which country is friendly and warm to them."A white-collar worker surnamed Guo in Beijing told the Global Times on Thursday that she has had a standing invitation since last year from a college classmate studying in New Zealand, and she expects to find a good package from travel operators this year to go there. But she also wants to be sure the country is safe and friendly to visit. "I hope New Zealand gets the message Chinese travelers sent," Zhang said.