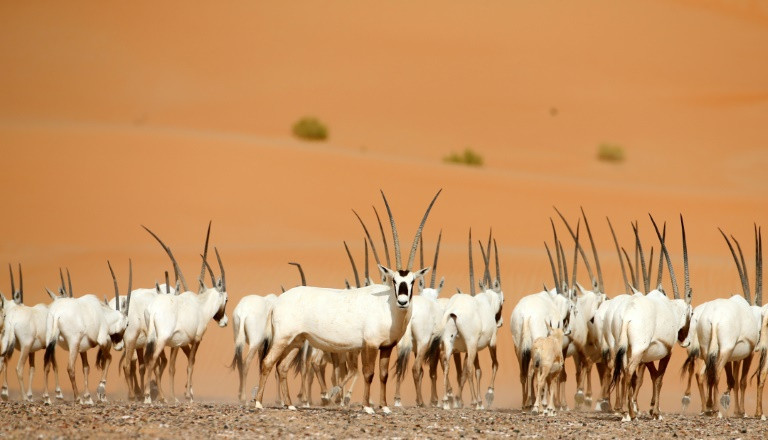 Arabian Oryx seen in a sanctuary in the United Arab Emirates, across the border from Oman. Photo: AFP

The Gulf sultanate of Oman is looking to carve itself a new niche in ecotourism by opening up a sanctuary for one of the desert's most fabled creatures -- the Arabian oryx.

Once extinct in the wild, the rare member of the antelope family famed for its elegant horns has been dragged back from the precipice in a sprawling reserve fenced off for decades from the public.

That changed last month when authorities for the first time officially opened the sanctuary to visitors -- part of a broader bid by Oman to boost tourism as oil revenues decline.

On a recent outing, wildlife rangers in SUVs patrolled the sandy plains of the reserve in central Oman's Haima province, spotting groups of grazing oryx and other indigenous species.

For years, the main goal has been a basic one -- ensuring the oryx can survive by focusing on "helping the animals here reproduce and multiply", said sanctuary spokesman Hamed bin Mahmoud al-Harsousi.

But now, as numbers have ticked up from just 100 some two decades ago to almost 750 today, the authorities began eyeing another role for the reserve.

"There has been more interest in its tourism potential -- to take advantage of its uniqueness and rare animals," Harsousi told AFP.

The story of the Arabian oryx -- sometimes referred to as the Arabian "unicorn" due to its distinctive profile -- is one of miraculous survival.

Hunted prolifically, the last wild member of the species was killed in Oman by suspected poachers in 1972.

The species only clung to existence thanks to a programme to breed them in captivity and in the early 1980s a batch of 10 were released into Oman's Arabian Oryx Sanctuary.

Since then, regenerating the oryx has been an often precarious process. 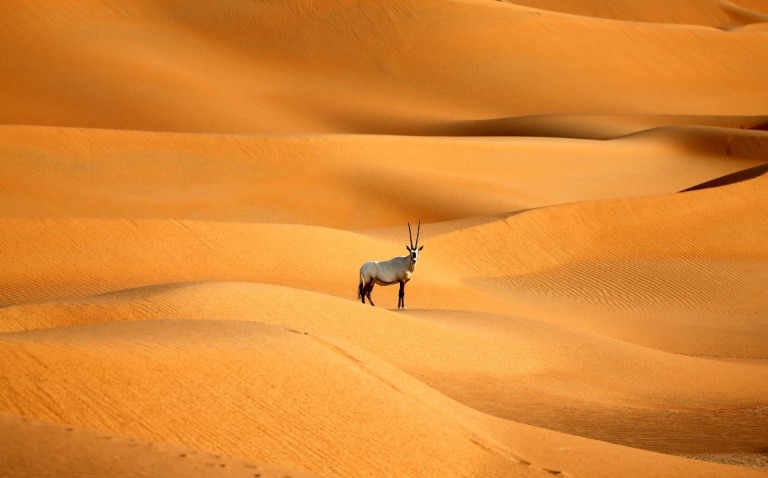 The Arabian Oryx only clung to existence thanks to a programme to breed them in captivity. Photo: AFP

Its own fate has been nearly as tortured as that of the oryx it houses.

In 2007, the sanctuary became the first place ever to be removed from UNESCO's World Heritage list as the government of Oman turned most of it over to oil drilling.

- On guard against poachers -

Now, as oil prices have plunged over the past few years, it is the wildlife once again that has become an increasing priority for the authorities.

Harsousi puts the current number of Arabian oryx in the sanctuary at 742 and says that other species are flourishing there too.

"In the past three years, we have been able to increase the number of the Arabian gazelle, known as sand gazelles, from 300 to about 850," he added.

In addition to the animals, there are 12 species of trees that provide a habitat for diverse birds. 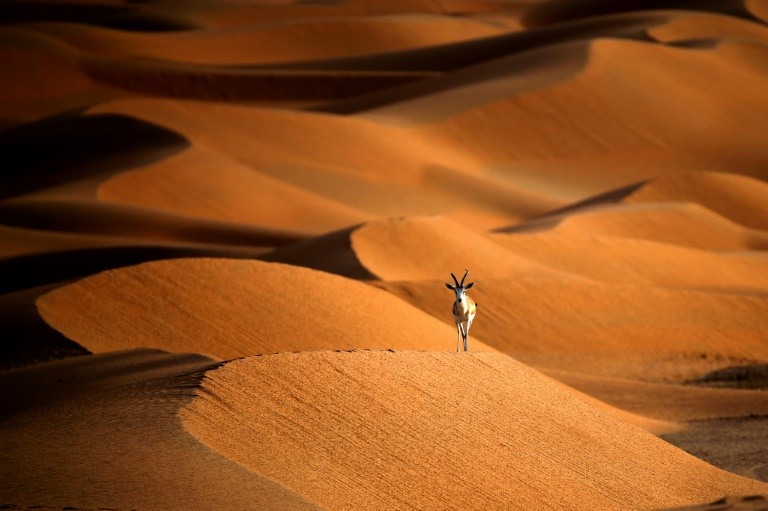 Over the past three years the number of Arabian gazelles has increased from 300 to about 850. Photo: AFP

Oman has been on a push to transform itself into a tourist draw -- pitching its beach resorts to luxury travellers and desert wilderness to the more adventurous.

Officials in the sultanate told AFP that a major tourism plan would be announced within a matter of weeks.

Those working at the oryx sanctuary hope that it can help play a lead role in luring visitors to the country.

But there are also fears that greater openness could see the return of an old foe -- hunters.

With that in mind security is being kept tight, said Abdullah Ghassab Obaid, a wildlife guard at the reserve.

"Thirty guards and a police patrol are working to provide security in the reserve to prevent any infiltration."