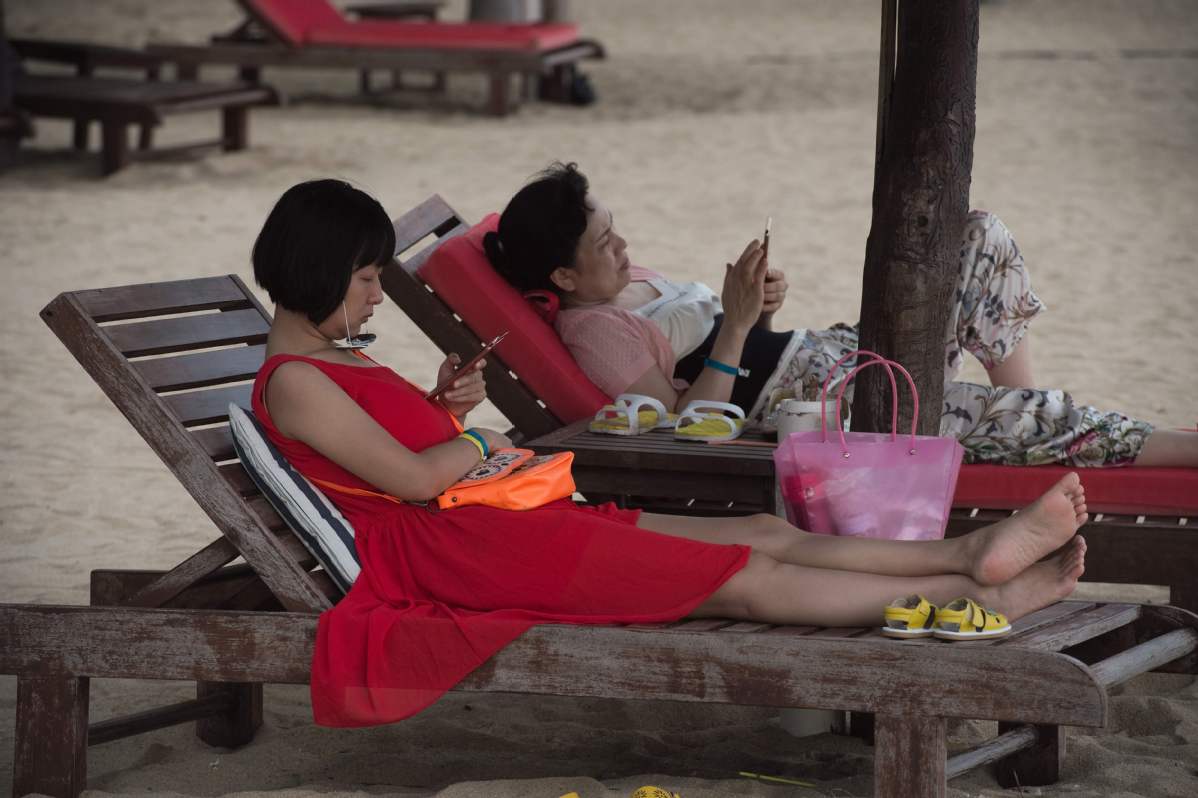 Tourists take a rest on the beach at a Club Med resort in Sanya, Hainan province. (Photo: Agencies)

Luxury holiday operators and airlines are positive about the outlook for the country's tourism industry as the sector has remained robust, said business insiders.

"Even with the slowdown of the global economy, China's economic growth and consumption power compared to other parts of the world are still way ahead, especially in the tourism industry," said Gino Andreetta, CEO of Club Med China, a world-renowned luxury resort brand.

"Especially during holiday and festive periods, we performed even better," Andreetta said. He added that even though the international situation might affect certain industries like import-export, the outlook for regional tourism in China is optimistic as demand for holidays as a means of escape and to explore new experiences was constantly increasing.

He said the group's business had not seen any trace of a negative impact of the trade war on Chinese tourists' consumption habits. On the contrary, high-end tourism is gaining popularity.

During the Labor Holiday in May and Dragon Boat Festival in June, the group saw 30 percent growth in the number of Chinese tourists visiting their resorts in China.

"High-end tourism is a new form of tourism that has emerged after the development of national tourism in China. It has resulted from the improvement of the overall economy, the improvement of people's living standards, and the individualization of consumption habits," he said.

He said the group is promoting getaways for the upcoming National Day holiday and Mid-Autumn Festival, as Club Med believes the trend for quality holiday experiences in China is encouraging and expected to grow further. The group also plans to open two new resorts in China, one in the 2022 Winter Olympics site and the other in the North of the country, he said.

Airline operators are also positive about the industry's outlook.

"Airline operators are always among the first to sense a change in the economy. If the economy is good, they'll operate more flights," said Li Ping, assistant manager of the business department of Juneyao Airlines, adding that the airline had confidence in China's outbound travel. The company recently announced a new route between Shanghai and Helsinki under a code-share cooperation with Finnair.

Joshua Law, Qatar Airways' North Asia vice-president, said that in 2019 the airline will further promote tourism to Doha and encourage Chinese tourists to go there for travel or transit.

"The company will also enhance the service provided to Chinese customers to meet their demands and win their approval," he said.

Akbar Al Baker, group chief executive of Qatar Airways, said: "China is the largest outbound tourism market in the world and in 2018, we saw a significant growth of 38 percent in the number of Chinese visitors from the previous year."