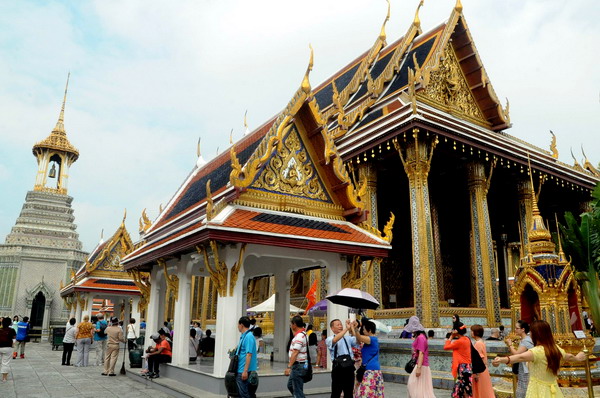 Over 800,000 Chinese tourists visited Thailand last month, according to a statement released by a senior government official on Monday.

The Chinese tourists made the largest number among a total of 2.75 million foreigners who visited Thailand last month, marking a 6.35-percent increase from the corresponding period last year, according to the press release.

A total of 136.71 billion baht (about 4.35 billion US dollars) were generated in Thailand during last month's visits by the foreign tourists, accounting for a 9-percent increase from the same period last year.

Of that total, some 46.61 billion baht (about 1.48 billion US dollars) was spent by the Chinese tourists, up 19 percent year-on-year.