TRAVEL Pandemic has set the number of air travelers back decades

Pandemic has set the number of air travelers back decades 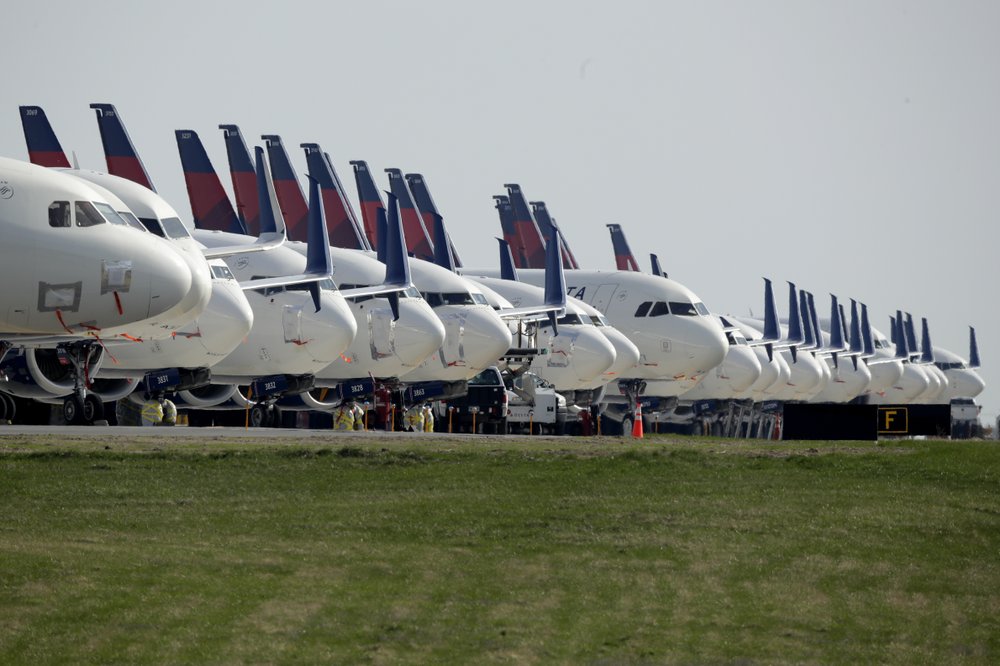 The number of Americans getting on airplanes has sunk to a level not seen in more than 60 years as people shelter in their homes to avoid catching or spreading the new coronavirus.

The Transportation Security Administration screened 94,931 people on Wednesday, a drop of 96% from a year ago and the second straight day under 100,000.

The official tally of people who passed through TSA checkpoints exaggerates the number of travelers – if that is possible – because it includes some airline crew members and people still working at shops inside airport security perimeters.

Historical daily numbers only go back so far, but the nation last averaged fewer than 100,000 passengers a day in 1954, according to figures from trade group Airlines for America. It was the dawn of the jet age. The de Havilland Comet, the first commercial jetliner, was just a few years old, and Boeing was running test flights with the jet that would become the iconic 707.

As air travel became safer and more affordable, the passenger numbers grew nearly every year until 2001. There was no commercial air travel in the U.S. for several days after the terror attacks on Sept. 11, 2001, and people were slow to get back on planes — U.S. passenger traffic didn’t grow again until 2003.

It could be longer this time. Polling firm Public Opinion Strategies said that fewer than half the Americans it surveyed about 10 days ago say they will get on a plane within six months of the spread of the virus flattening. A Stifel Nicolaus analyst estimated that air travel demand won’t return to pre-outbreak levels until the middle of next year under the best outcome, and it’s likely to be later.

TSA, which was created after the 9/11 attacks, has been chronicling the plunge in air traffic, posting numbers on how many people its officers screen each day. On March 1, it was nearly 2.3 million — almost the same as a year earlier. The one-way roller coaster ride — a sheer downward scream — began in the second week of March and slowed only in the last several days, when there wasn’t much more room to drop.

“The falloff is amazing to see,” said Henry Harteveldt, a travel industry analyst. “The good news is that it shows people are taking shelter-in-place orders seriously.”

Some of the people still traveling are health care professionals on their way to pandemic hot spots such as New York, where they will help in the treatment of COVID-19 patients. A few are traveling to be with family.

The nation’s largest flight attendant union, which is worried about the safety of its members who are still flying, is demanding that the government ban all leisure travel. Representatives at several airlines said they don’t know how many leisure travelers are left, since they don’t routinely ask people why they are flying.

Airlines have drastically cut the number of flights to match demand and save cash, but even with far fewer flights, most seats are empty.

Even if they get taxpayer help, the airlines warn, they will be smaller on the other side of the pandemic.

The recovery in air travel — whenever it occurs — could depend on many factors including social-distancing rules and the state of the economy, which is staggering as 16.8 million people — one in every 10 workers — filing new claims for unemployment benefits in the last three weeks.

Air travel is much more affordable and accessible to the masses than it was in the 1960s. Still, both leisure and business travelers have above-average incomes.

“Theoretically, these consumers should be better-positioned financially to be able to travel again,” Harteveldt said, “but we are seeing people at all income levels and all ages affected by job loss or reduction in hours or working for companies that have closed.”