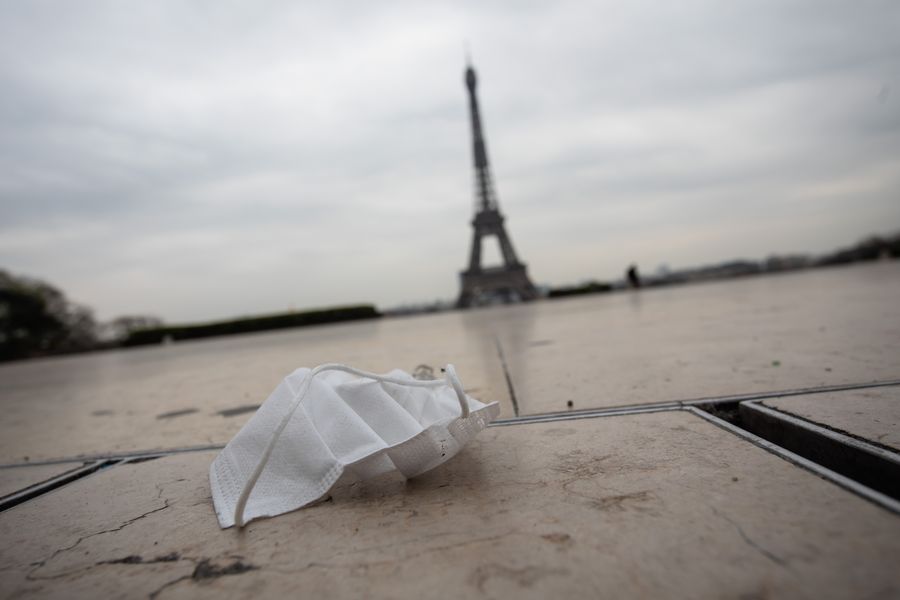 VIENNA, May 1 (Xinhua) -- From Vienna to Venice, with flights grounded, events canceled, and bars and hotels closed, European tourist hotspots once swamped by global visitors have been quiet and desolate amid the COVID-19 pandemic.

Tourism industry, which represents 10 percent of the European Union's (EU) gross domestic product (GDP) and provides jobs for almost 12 percent of all employees in the bloc, is seeing staggering figures of decline, said Croatia's tourism minister Gari Cappelli while chairing a video conference of EU tourism ministers earlier this week.

Thierry Breton, the European Commissioner for the Internal Market, has also made a gloomy assessment, telling a European Parliament committee that tourism economy, which was the first sector hit by the pandemic, could slump by up to 70 percent and will be among the last to recover.

"In general terms, this is an almost lost year," Yiannis Retsos, the head of the Greek Tourism Confederation (SETE), recently told the local Skai radio. He predicted that Greece might have the ability to recover most of the losses in 2021 and return to the record levels of 2018-2019 in 2022.

A survey by Greece's Institute for Tourism Research and Forecasts (ITEP) published in mid-April showed that 65 percent of hoteliers say they are likely or very likely to see their hotels go bankrupt, while 95 percent of respondents estimate revenues to drop by at least 56 percent this year.

In Italy, the country's tourism association Federturismo Confindustria said in a statement published on March 30 that the recovery of the market will not take place before the beginning of 2021, and that the pandemic has ruined "some 60 years of tourism."

In Spain, where data released by the National Statistics Institute (INE) showed that tourism in 2018 contributed 12.3 percent to the country's GDP and accounted for 15 percent of the total labor force, all hotels have been ordered to close no later than March 26.

Exceltur, the organization which represents the interest of Spanish hoteliers, predicted that under the worst scenario where lockdown measures cannot be totally lifted before year's end, tourism sector could lose 124.2 billion euros (136 billion U.S. dollars) in 2020.

In France, a general drop in demand, linked to traffic and and event cancellations, forced into standstill the hotel and catering sector (minus 90 percent of activity) and tour operators (minus 97 percent of reservations), according to a trend note published in April by France's national statistic office INSEE.

Beyond the general business support plan, the French government has launched specific measures to help the tourism sector. Still, most professionals see a darkening business climate: 85 precent of them believe that the crisis will last at least six months, while 80 percent do not expect a return to their activity level within eight to 12 months, or even beyond, said the INSEE trend note.

As the possibility of free travel across Europe at an early stage is remote, tourism in most countries would be dominated by domestic travelers once the lockdowns are loosened, according to experts.

In an interview with the French daily Le Figaro, Didier Arino, director of the tourism consultancy Protourism, predicted that with cross-nation travels not to resume in short term, tourism in this summer will be "Franco-French."

In Austria, there has already been a concrete discussion about when and where to go on a summer vacation. Chancellor Sebastian Kurz announced at a press conference in Vienna: "For my part, I have already made my decision. I will spend my vacation in Austria if a vacation is possible and I can only recommend that Austrians do the same."

Italian Minister of Tourism Dario Franceschini said this week that it was unlikely foreign visitors will return to Italy in large numbers until next year, and that it could be 2023 before the sector recovers completely. The first wave of tourists, Franceschini said, will be Italians staying close to home.

The minister has unveiled several initiatives to help that along, including a holiday bonus of 500 euros per family earmarked for domestic travel and tax credits for vacation-related expenses. Multiple initiatives are in the works to help soften the economic blow to owners of hotels and restaurants.

"We are making a strong investment in domestic tourism," Franceschini said in a statement. "This will be a summer of holidays in Italy."

In Switzerland, the government has so far granted the tourism sector loans and short-time work/unemployment benefits. It is also considering regional promotion programs, which would focus on domestic customers before trying to attract tourists from abroad, according to the State Secretariat for Economic Affairs (SECO).

Tourism sector will face a gradual return as a "new normal" emerges before a vaccine becomes available on a mass scale, according to a statement published by the London-based World Travel and Tourism Council (WTTC) on Thursday.

The new normal would include standards and protocols such as social distancing at airports, masks on board, digital check-in, contactless payment, and rigorous hygiene, among other things.

The WTTC said that it will announce in the next two weeks and share with global governments a set of these new protocols based on "experience from China's initial recovery and new successful standards used by retailers," offering "a safe and responsible road to recovery."

In Austria, where lockdown restrictions have began easing gradually, how the public would adapt to the new normal still remains to be seen. From mid-May, restaurants in the Alpine country can open again with mandatory requirements: a maximum of four adults and their children sit at one table, and face mask-wearing for service personnel.

Protocols such as social distancing or wearing a mask can be hard to follow for some people, on some occasions. In public transport for example, the distance can be less than one meter, according to the Austrian government.

Besides the question of how, there is also the question of when. The pandemic is evolving at a different pace around the world, and "did not affect all countries at the same time," said French president Emmanuel Macron during a videoconference on April 10 with trade unions, suggesting that the external borders remain closed until September.

His remarks came on the heels of a call by EU officials for member states to extend the border closure until mid-May.