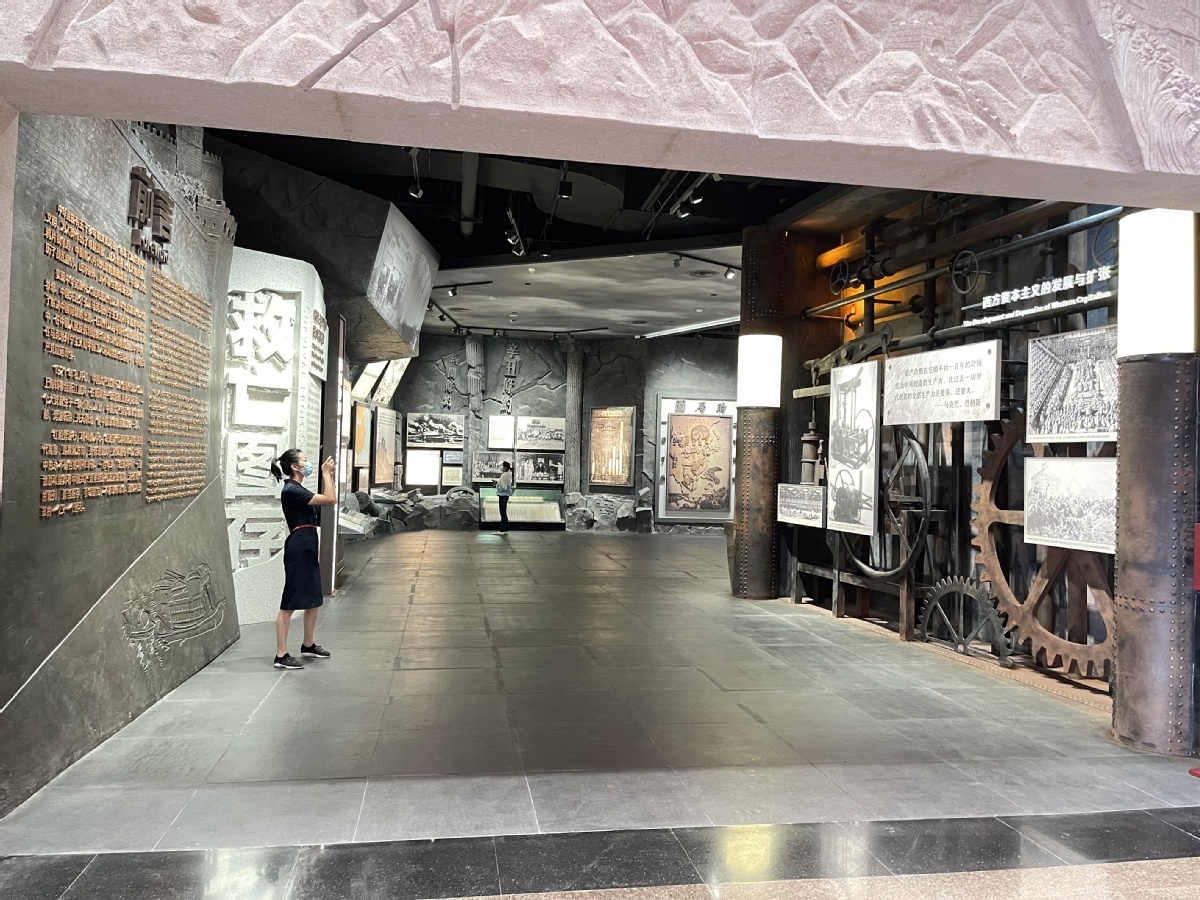 A visitor takes photos at the exhibition. (Photo: China Daily)

The Nanhu Revolutionary Memorial Hall in Jiaxing, East China's Zhejiang province, has packed in travelers with a new exhibition that opened to the public on June 5.

The exhibition covers an area of 5,600 square meters and offers more than 1,100 historical items.

The exhibition showcases four phases of the CPC from its establishment under tumultuous social conditions to its achievements.

"It was a very small Party then," Li says.

There were only dozens of Party members when the First National Congress of the CPC was held in 1921.

However, it has evolved to have more than 90 million members after a century. The whole process is worth a public commemoration, Li says.

Preparation for the exhibition had begun since late last year. The exhibition has brought forward more historical items for visitors to better relive the past.

"We hope our people, especially young people, understand the hard and fighting history of our country, so they can better understand the difficulty in obtaining a happy life today and better contribute to our country's development," Li says.