Passenger trips on the rise for Spring Festival travel rush 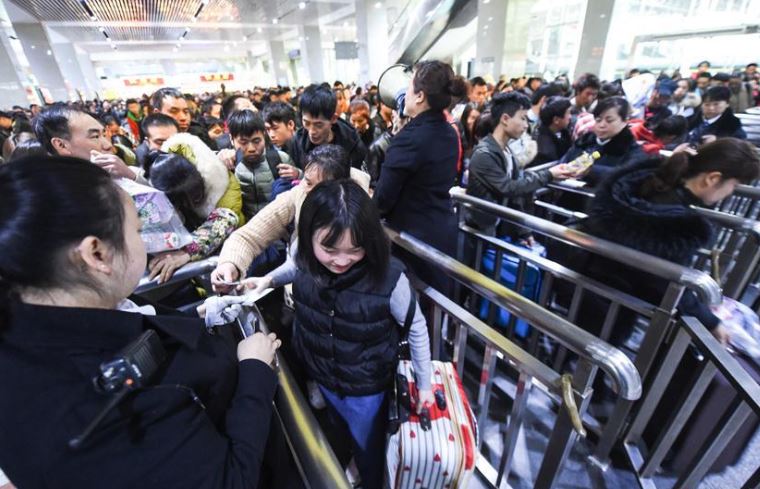 BEIJING, Jan. 11 (Xinhua) -- A total of 69.61 million passenger trips were made Friday, the first day of the Spring Festival travel rush, said China's Ministry of Transport.

The number increased by 3 percent year on year, according to the ministry.

A total of 11.73 million train trips were made Friday, up 23 percent from last year, while the number of road trips made on the same day declined 0.8 percent to 55.22 million.

The first day saw a 12-percent increase in air passenger trips and a 9.8-percent hike in waterway trips.

The Spring Festival travel rush, also known as "chunyun," will last for 40 days from Jan. 10 to Feb. 18, and the total number of trips is likely to hit 3 billion during the period, slightly up from the travel rush last year.