It's the season when silvery reeds sway in the wind in Xixi Wetland. This scenery of snowflake-like flowers blooming on marshy ground lasts through January, attracting endless streams of visitors every year.

The poetic view has enchanted people for centuries, modern days being no exception. The annual reeds festival is now under way at the park and will run through January 2.

Those who visit now can admire 24 hectares of flowering reeds of various species. On sunny days, their seed heads catch the gold of the setting sun as they scatter in the breeze.

Xixi Wetland is the first nationally protected wetland park in China and lies just a few kilometers from downtown Hangzhou. In ancient times it was a mecca for literature rather than a park.

This year, organizers hosted the Qiuxue Nunnery Poem Seminar in an effort to comb through the abundant cultural resources of Xixi Wetland. Renowned writers, Huang Yazhou and Huang Jiqi, were invited to give speeches themed on Song Dynasty (960-1279) poetry. 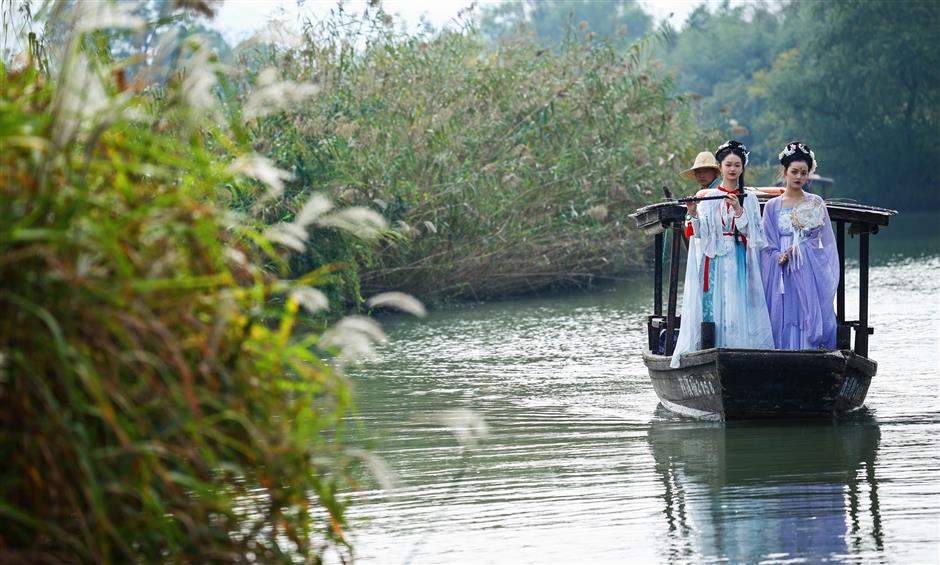 A riverboat cruise along the sparkling waters at Xixi Wetland is recommended during the reeds festival.

As in previous years, the festival started with a ritual ceremony at the Qiuxue Nunnery, commemorating 1,044 writers who have been venerated in the ancestral hall for a century.

Local primary school students and modern poets attended the ceremony and shared their own verses.

Some poetry organizations have been developed from societies which were established centuries ago, including Xihu, Qingyin and New Jiaoyuan.

Among them, the Jiaoyuan Poets Society is probably the most renowned and prestigious. It was established in today's Xixi Wetland and consisted of prominent women during the Qing Dynasty (1644-1911).

In feudal times, women were banned from receiving education, and illiterate females were often considered to have better morals because of it.

Along with social development, groups of great male literati started to support women's education and the awakening of public consciousness. In return, a number of women began to realize their self-value through literature and heightened their social status by improving their literacy level.

Throughout the dynasties, an endless stream of poets eulogized the beauty of Xixi Wetland and penned an abundance of poems about the reeds. Their verses added poetic vibe to the undulating reeds. 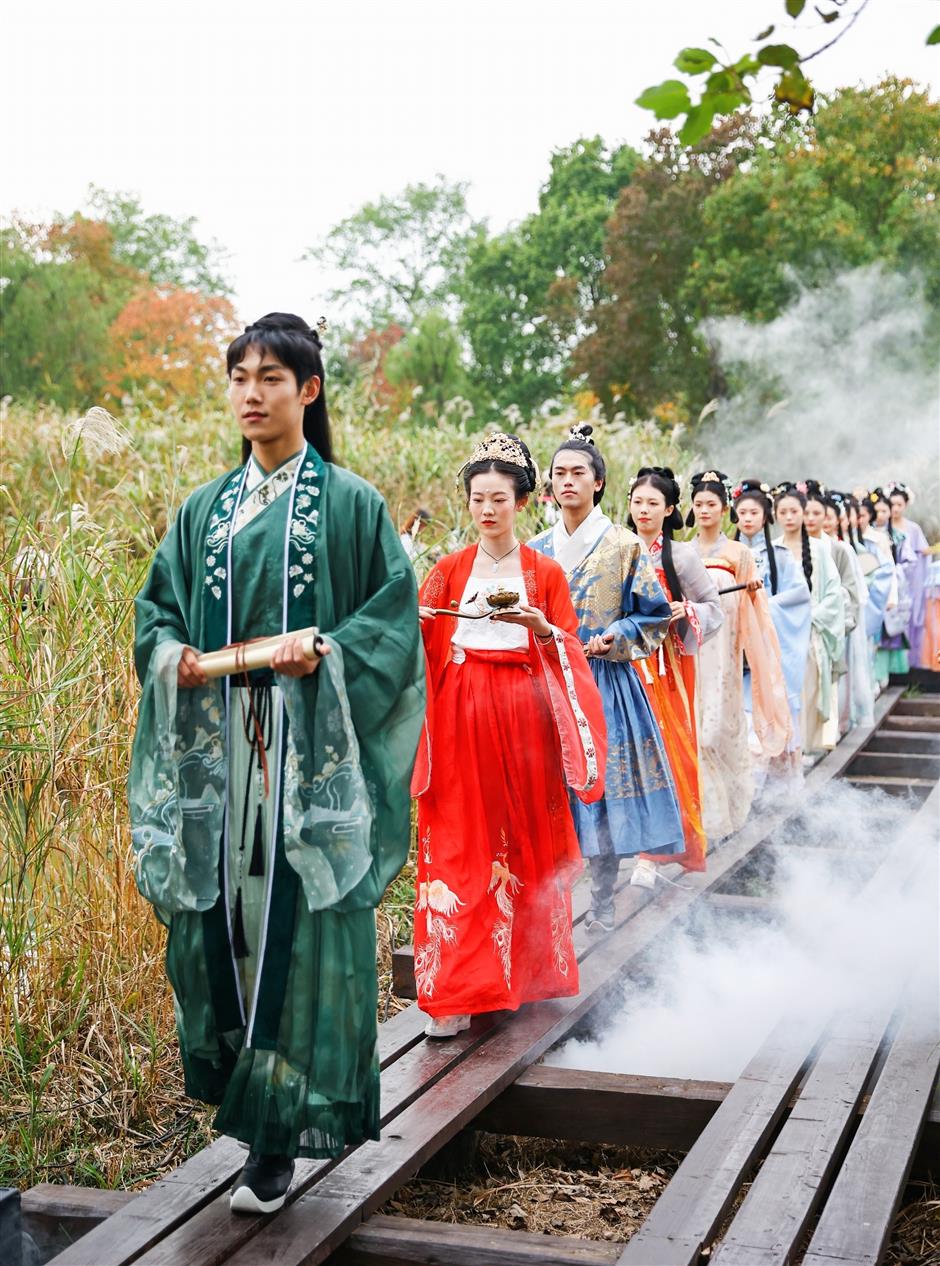 This year, students from Hangzhou Wanxiang Polytechnic presented a gorgeous hanfu (traditional Han-style clothing) show at the wetland, which added an archaic ambience to the reed marshes.

The wooden runway merged harmoniously with the surroundings, giving visitors a feel of traveling back in time.

The traditional outfits worn by Han Chinese people throughout dynasties are undergoing a revival in Hangzhou, regaining popularity and have become trendy among hipsters, hobbyists and historical reenactors.

During the festival, it is recommended that visitors take a boat from the Zhoujia Village Dock to the Qiuxue Nunnery Dock through the wetland's rivers and streams. Sitting in a traditional boat, people can hear the sound of the oars paddling through the water.

Xixi is crisscrossed by watercourses with striking views and natural beauty. Home to flying, paddling and diving birds, aquatic plants and reed marshes, it has become a popular tourist attraction. In spring, flowers are in bloom; in autumn, fiery persimmon fruits hang from the trees; and now reeds shimmer in the wind, while fishermen set out for a good catch.

Visitors can also rent wading suits worn by local fishermen to catch fish on their own. Their haul can then be cooked at local family-run restaurants.