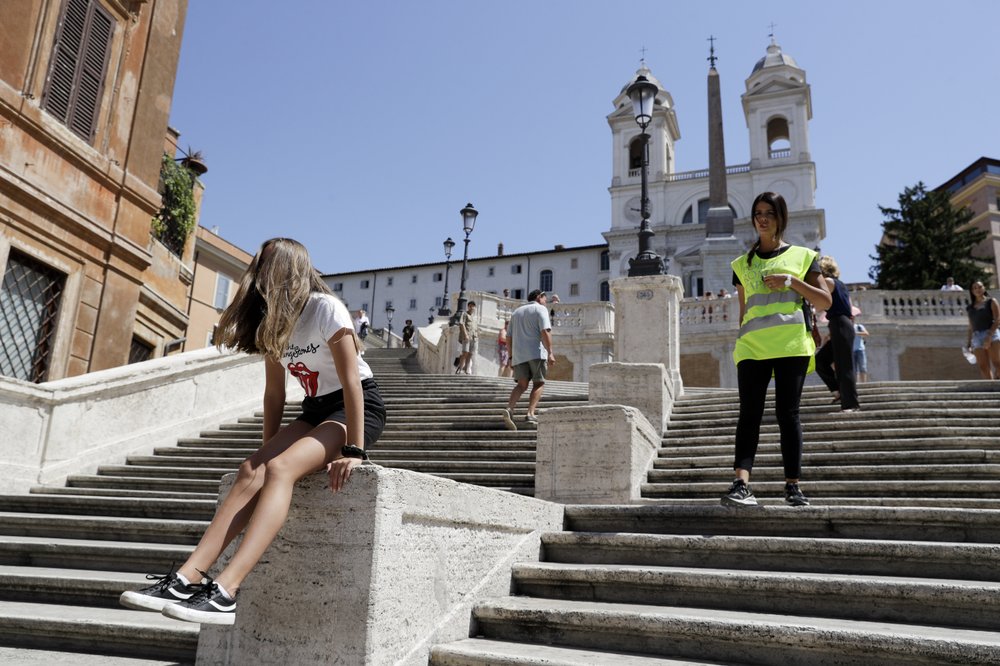 Gregory Peck and Audrey Hepburn perched there without a care in the 1953 film “Roman Holiday.” But the Spanish Steps in Rome are no longer a place for sitting.

Enforcing an ordinance that took effect last month, police officers patrolled the famed stone staircase Wednesday to tell locals and visitors “Please, no sitting” on one of the Eternal City’s most recognizable landmarks.

The 137 steps built in the 1720s have long been a popular spot to people watch, hangout and pause for a breath. Rome’s official tourism website describes the steps as a passageway “but even more so a place for meeting and a pleasant rest.”

But as of July 8, sitting, eating and drinking on them is illegal and can result in a fine of up to 400 euros ($450.) The ordinance also applies to other photogenic sites in Rome, like the Trevi Fountain.

The city government said the law has been applied in full since its effective date, it wasn’t until this week that police officers in yellow vests were deployed to the Spanish Steps to visibly enforce it.

Watching officers motion for seated visitors to get up, Italian tourist Tommaso Galletta said he disagreed with the sitting ban.

“This monument is so beautiful. There was a child sitting who was tired, sitting down with his father a few minutes ago, and the traffic officer asked them to stand up,” Galletta said.

Others took no issue with the ban.

The Spanish Steps were built by architect Francesco De Sanctis between 1723 and 1726. They connect the Piazza di Spagna below and the commanding Trinita dei Monti church high above.

Rome’s efforts to curb the unwelcome behavior of tourists and to protect pieces of history mirror actions in Italian cities like Venice and Florence, where respectively shirtless gondola rides and eating on church steps are banned.

A German couple was fined 950 euros ($1,066) in Venice last month for making coffee near the famed Rialto Bridge. .