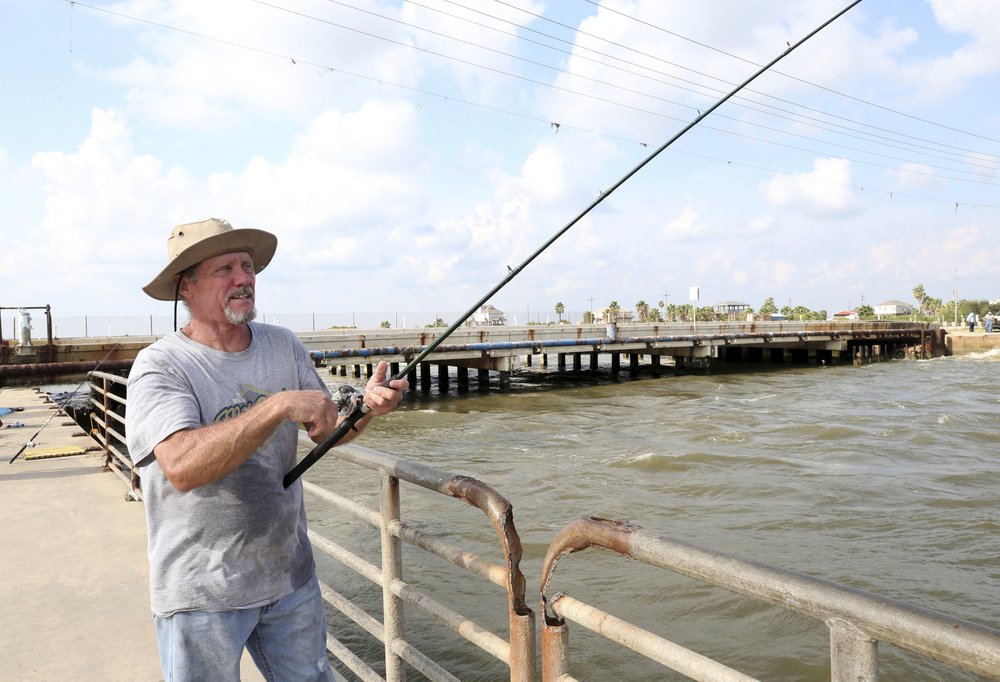 In this Monday, Sept. 9, 2019 photo, a Gerald Cross sets a line in the channel at Rollover Pass on the Bolivar Peninsula near Galveston, Texas. (Photo: AP)

The Rollover Pass manmade channel along the Gulf of Mexico will close this month due to erosion concerns after more than 60 years as a popular Texas fishing and tourism spot.

The Texas General Land Office on Monday announced a $7.4 million contract with Brizo Construction. Fencing should be installed by the end of September and work is expected to be completed by April.

Rollover Pass on Bolivar (BAH’-lee-vur) Peninsula, near Galveston, opened in 1955 as a dredging project to improve water quality and salinity and help with fish migration.

The 2009 Texas Legislature authorized closing Rollover Pass amid erosion and environmental damage. The project was delayed several years following opposition by some sports and fishing groups, plus rising costs.

The updated site is expected to include a park and fishing area.