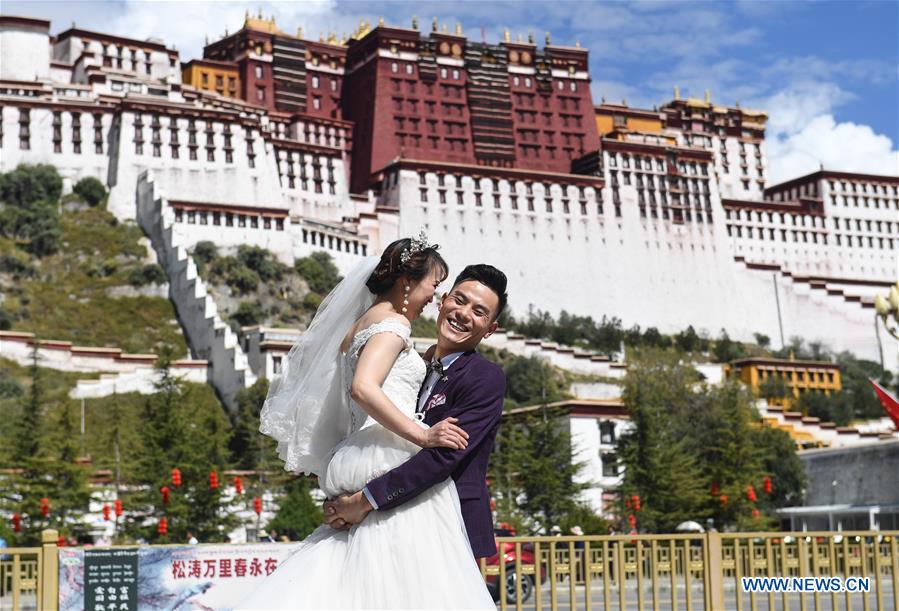 A couple poses for wedding photos on the square of the Potala Palace during the National Day holiday in Lhasa, capital of Southwest China's Tibet autonomous region, Oct 6, 2019. (Photo: Xinhua)

Tourists can book a ticket for free on the very day when they visit the World Heritage site Potala Palace in Lhasa, capital of Southwest China's Tibet autonomous region, from Tuesday to March 15, according to a notice from the palace's administrative office.

The notice said that this visitor-friendly policy is part of the region's third round of promoting winter tourism.

The ticket price of Potala Palace is 200 yuan ($30) during peak season from May 1 to Oct 31, and 100 yuan for the winter from Nov 1 to April 30, according to the official website of the administrative office.

To ease the pressure of visitors to Potala Palace during peak season, tourists should make an appointment one day in advance starting from July 21. Visitors can book tickets through the official website or at the ticket office with their ID cards, and each person can reserve up to four tickets, said the palace's administrative office.

Tibet autonomous region received a total of 1.59 million tourists during the 7-day National Day holiday this year, up 16.8 percent year on year, according to local tourism authorities.