TRAVEL Potala Palace to open free of charge until year-end

Potala Palace to open free of charge until year-end

LHASA, Oct. 14 (Xinhua) -- The iconic Potala Palace in southwest China's Tibet Autonomous Region will be open to the public free of charge from Friday to the end of 2021, as authorities strive to promote winter tourism. 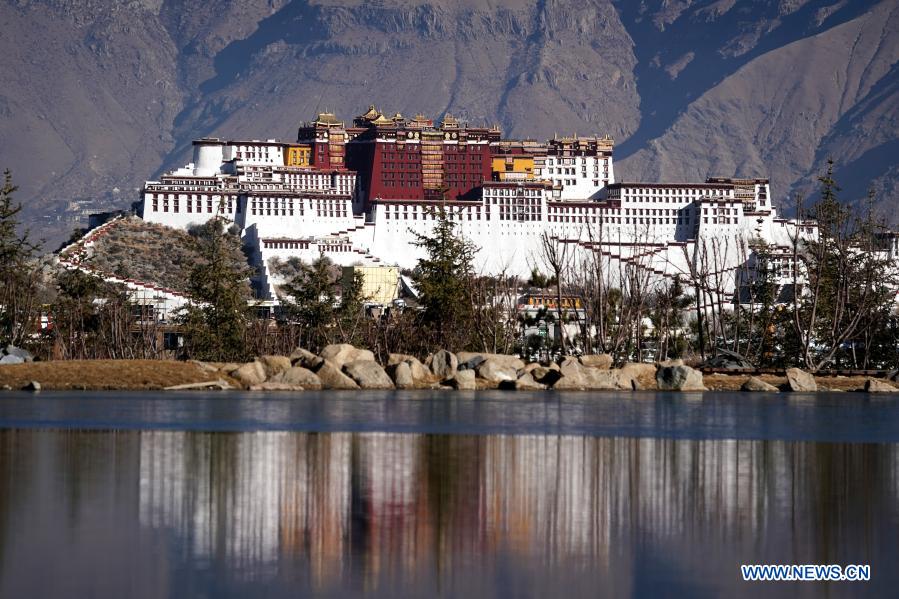 Photo taken on Jan. 18, 2021 shows a view of the Potala Palace, a UNESCO world heritage site dating back to the 7th century, in Lhasa, capital of southwest China's Tibet Autonomous Region. (Xinhua/Zhan Yan)

In the period, tourists only need to make an appointment one day in advance on the Palace's WeChat account for entry, the resort's management office said Thursday in a statement.

The Potala Palace, located in the regional capital of Lhasa, was built by Tibetan King Songtsen Gampo in the seventh century and expanded in the 17th century. The Palace was included on the UNESCO World Heritage List in 1994 and is one of the most popular tourist attractions in Tibet.

It holds a collection of invaluable scriptures, historical documents, and precious relics, including statues, paintings, and frescoes.

The Palace's new move is part of the region's "Winter Tourism in Tibet" program to promote tourism development and push economic growth.