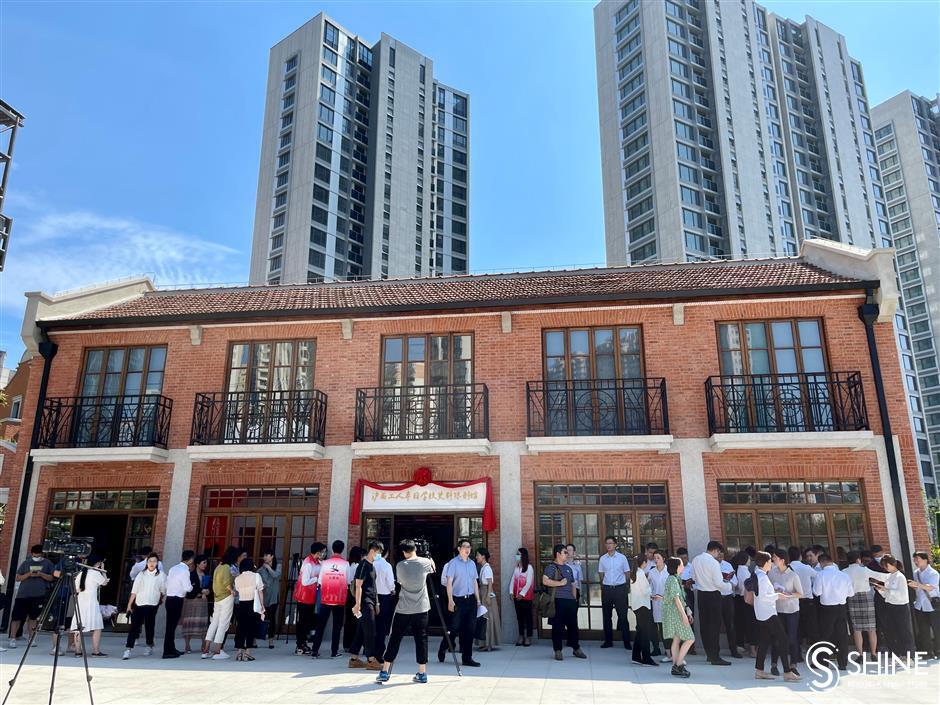 A memorial to the first workers' school founded by the Communist Party of China a century ago opened to the public on Monday.

The Exhibition Hall of the Huxi (West Shanghai) Half-day School for Workers opened near the former site of the school on Anyuan Road along Suzhou Creek in Putuo District, once the site of most of China's modern national industries.

"Historians and researchers have studied a wealth of historical documents to arrange the exhibition and restore the historic school," said Pan Xushan, deputy director of the district's publicity department.

In 1920, Party member Li Qihan founded the school in the Xiaoshadu area, or Hsiao Sna Ferry, where most local textile workers lived and worked, to promote Marxism and Party principles among local workers and organize labor movements. The school was later expanded to become the Huxi Workers' Club.

Party leaders such as Qu Qiubai, Cai Hesen and Yang Kaihui, the wife of Chairman Mao Zedong, once gave lessons at the club. Many leaders of workers' movements were products of the school.

The school was also the site where the Chinese version of "The Communist Manifesto," translated by linguist and educator Chen Wangdao, was promoted among local workers for the first time. Chen was once invited to give lessons about the book at the school. 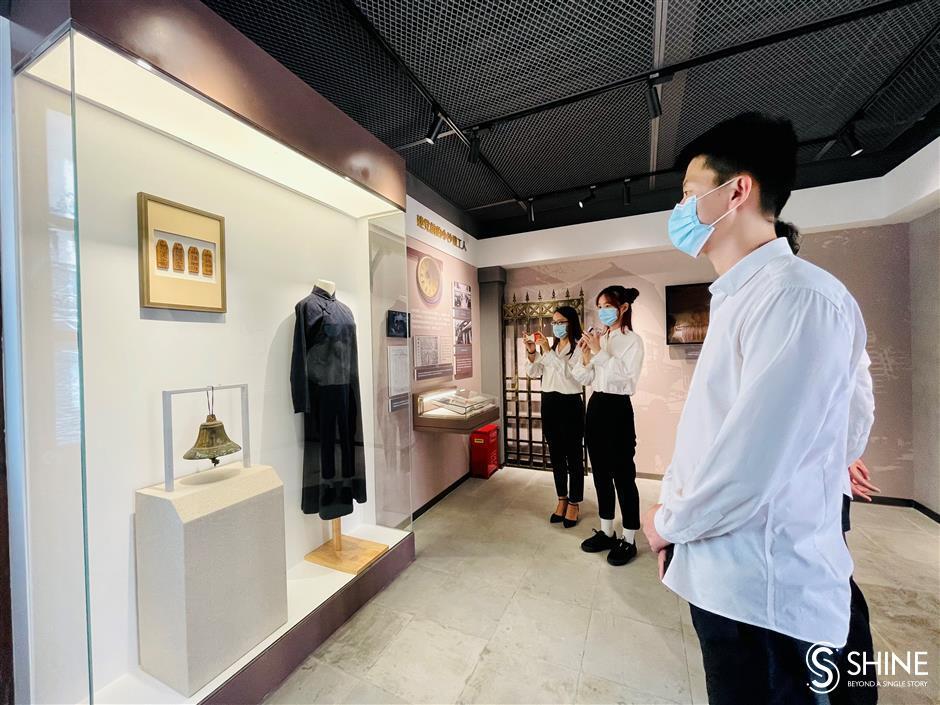 Visitors view some of the key exhibits.

"Workers had to work in 12-hour shifts in the factories mainly founded by foreign companies and study for the rest of time at the school," Pan said.

The two-story memorial documents the history of the school, with cultural relics and introductions to key historical figures.

A classroom on the ground floor has been restored as well as the office and bedroom of some teachers on the second floor.

A phonograph plays classic Peking operas of master Mei Lanfang and pop songs of the 1920s in the front of the classroom.

"It was difficult to invite the workers to attend the school because of their toilsome work," said Xu Chi, curator of the exhibition. "The organizers then put the phonograph to attract the workers to rest before classes," she said.

Li and other teachers also played football with the workers, more than half of whom were child laborers under 15 years old.

On the blackboard is written "Workers are the sky," one of the many slogans to inspire and encourage workers, according to Xu.

The classroom was restored mainly according to the memoirs of Huang Guisheng, one of the workers at a major Japanese textile factory in the Xiaoshadu area.

A visitor takes a photograph of one of the exhibits.

"A teacher wearing a grey gown invited workers to listen to the phonograph. We sat at 20 desks and chairs to enjoy the Peking opera in the classroom," Huang recalled.

Some key exhibits reflect the experience of workers for foreign business operators. Several wooden boards, for instance, are displayed. Workers had to apply and hold the board, one quota for each workshop, to go to toilet.

The memorial is currently open free with booking (021-62661500) required for both individuals and groups.

Nearby is the memorial hall to Gu Zhenghong (1905-1925), who died during a workers' strike in 1925. It shows Putuo's important status in China's revolutionary history, according to the district government.

Renovation of the Gu Zhenghong Memorial Hall, about 700 meters away, has been completed. The sacrifice of Gu, who was inspired from his studies at the half-day school, later developed into the overwhelming May 30 Movement in 1925 against foreign imperialists.

Putuo aims to promote its revolutionary history as the birthplace of China's labor campaigns to mark the centennial of the Party.

The district in Shanghai's northwest downtown was once home to a large swathe of China's earliest modern factories and workers. The riverside region along Suzhou Creek is known as one of the birthplaces of China's modern national industries.

Putuo is known as 'Red Huxi,' where the working class entered the political arena for the first time under the leadership of the Party, according to the district government. 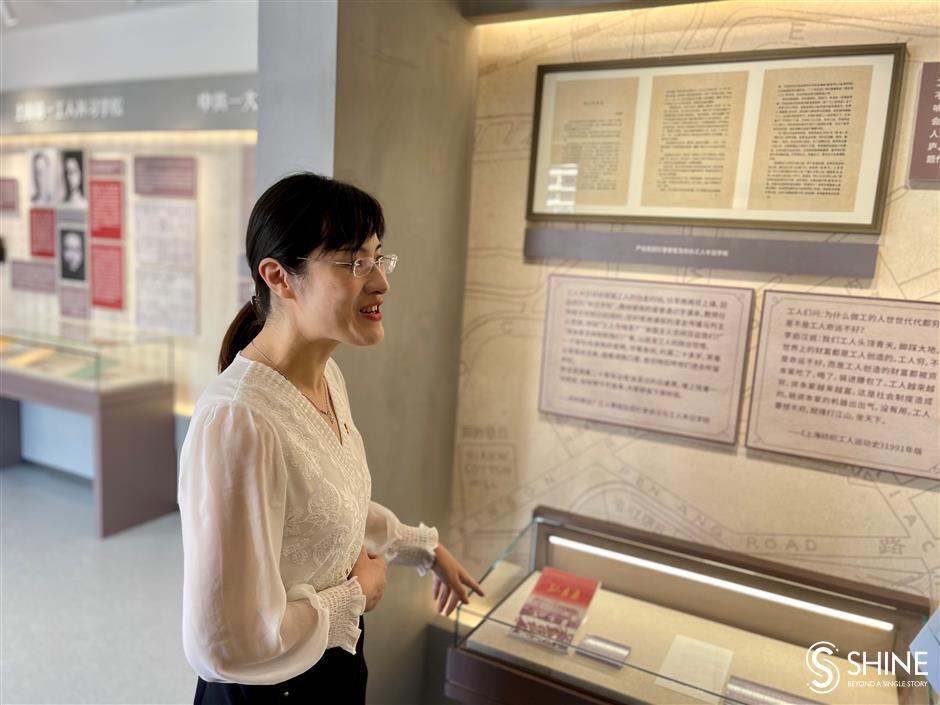 Xu Chi, curator of the exhibition, points out one of the key exhibits. 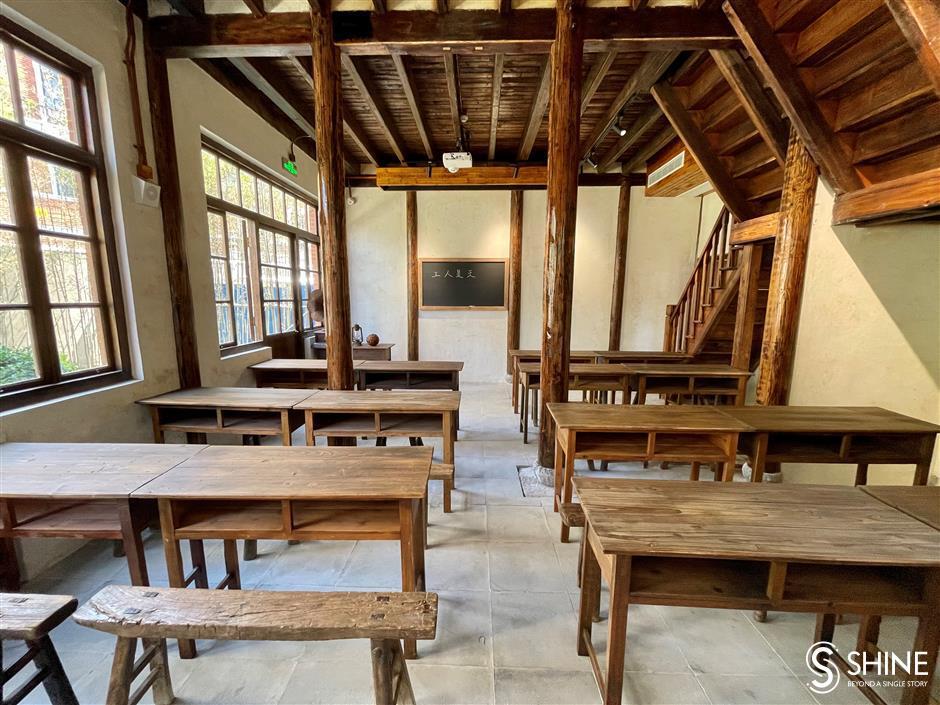 A restored classroom at the workers' school 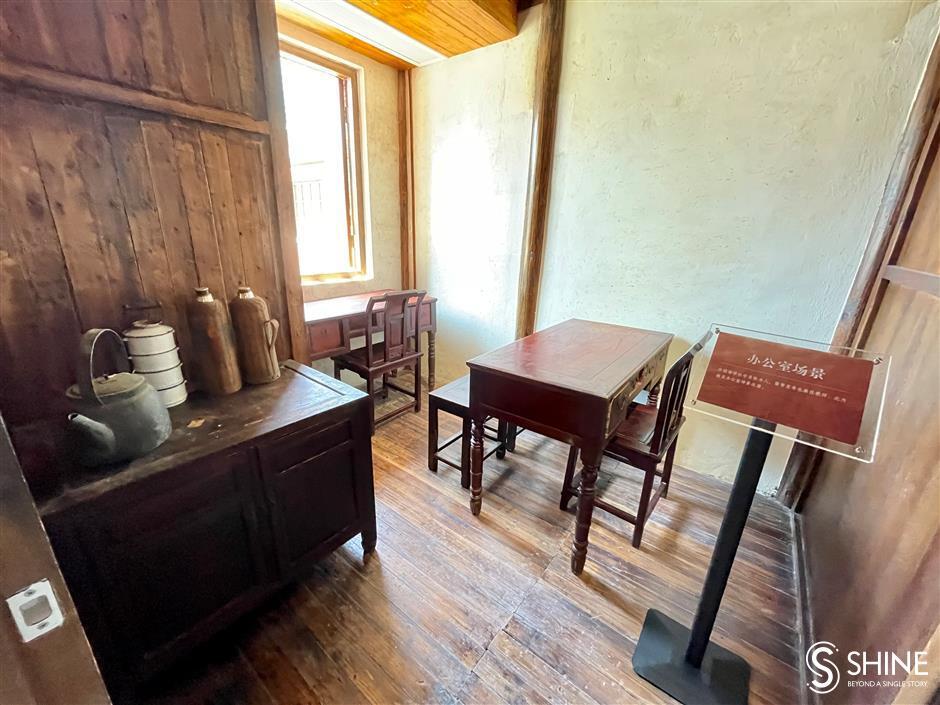 A restored office at the school 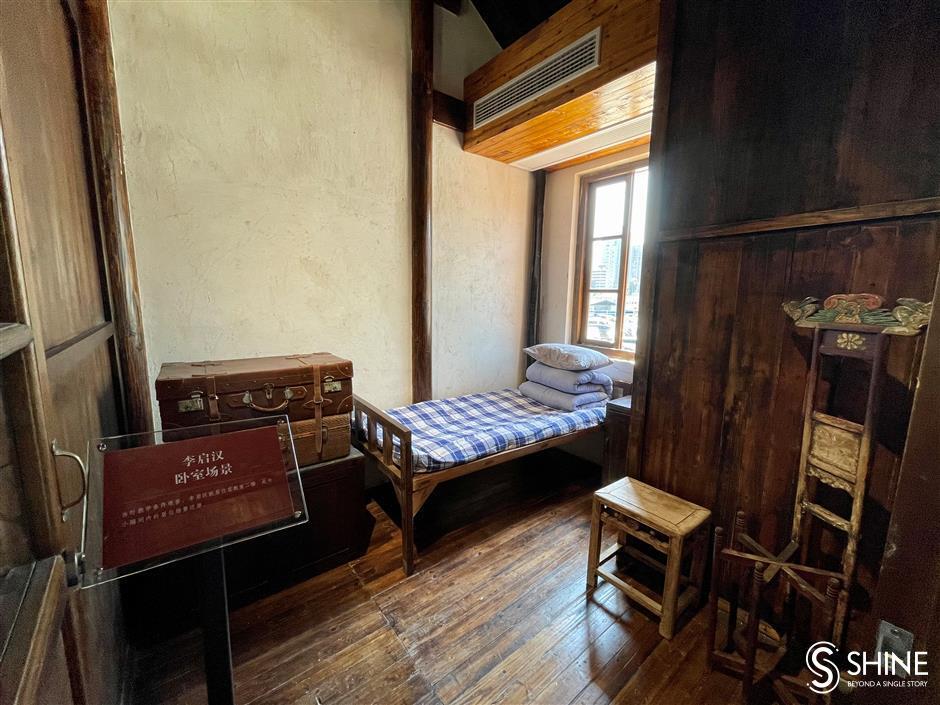 The bedroom of Li Qihan, founder of the school 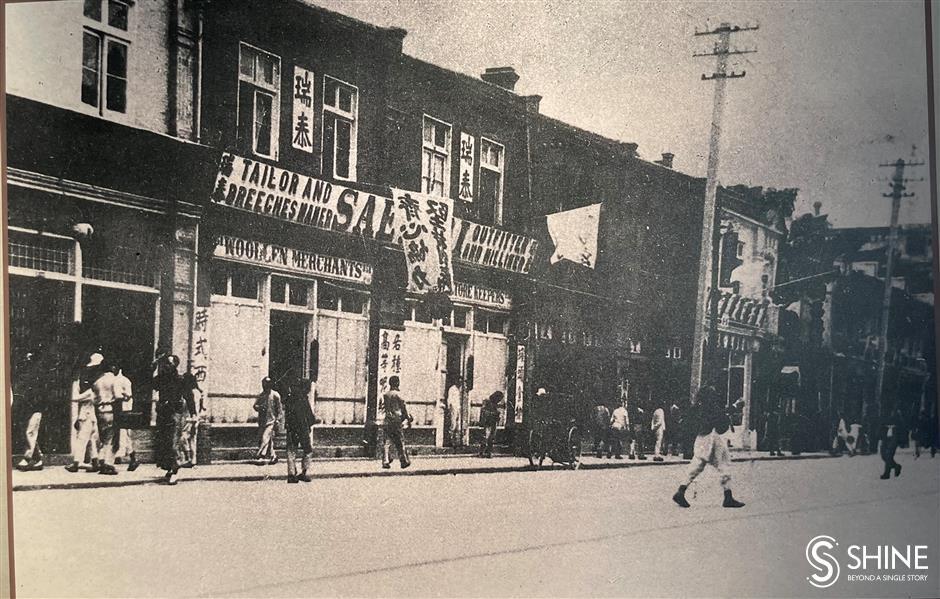 A photograph of Nanjing Road in 1919 when most stores were closed during a strike.