BEIJING, May 2 (Xinhua) -- Railways trips in China hit a record high on Wednesday, the first day of the four-day May Day holiday, data from the national railway operator showed. 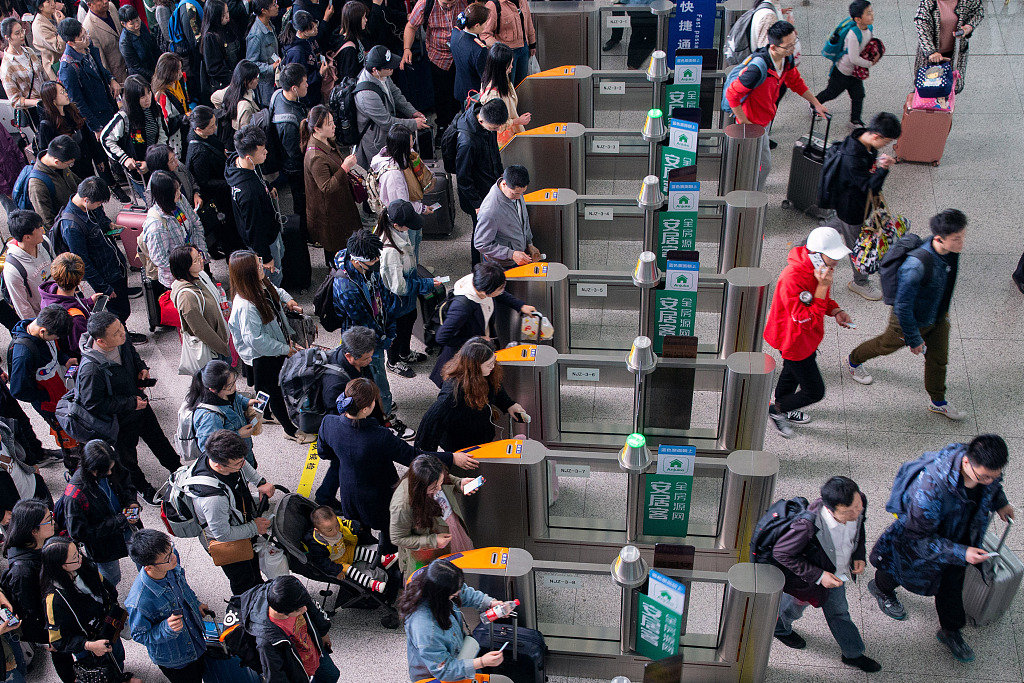 A daily record of 17.24 million railway passenger trips were made on Wednesday, surging 44.3 percent from the same day last year, according to the China Railway Corporation (CRC).

The CRC added a total of 758 trains to handle the passenger rush on the day.