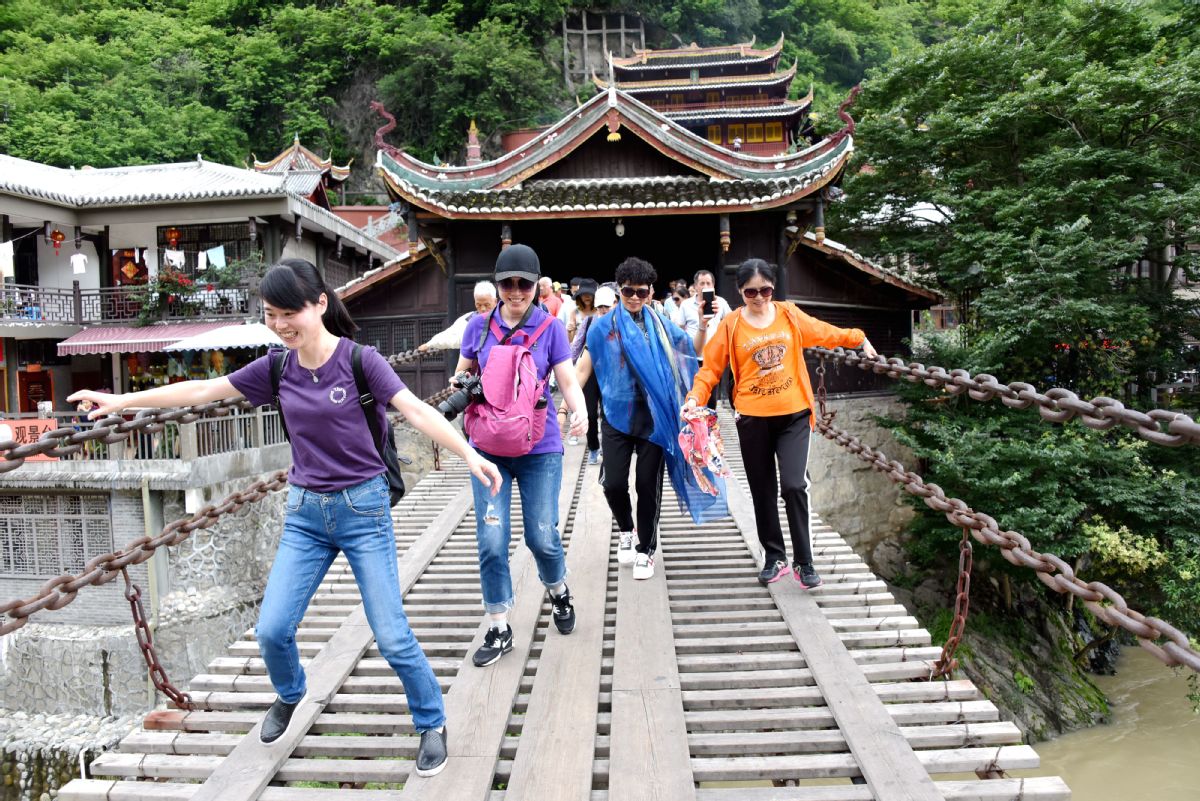 Tourists negotiate the Luding Bridge across the Dadu River in Southwest China's Sichuan province. Associated with the Long March, the site is popular on the red tourism circuit. (Photo: China Daily)

More and more young people are contributing to the boom of "red tourism" in China, which refers to visits to historical sites with a revolutionary legacy, according to an industry report.

It is estimated that over 100 million red tourism trips will be made during this summer break, with the biggest share taken by those born between 1985 and 1989.

In the meantime, red tourism trips for those born after 2000 are expected to grow remarkably year on year, said a market forecast published by online travel agency Ctrip.

Policies have been rolled out to encourage local governments to develop diverse red tourism products such as trips along the Long March route, revolutionary museums and memorials.

The number of classic red tourism sites in China had reached 300 as of the end of 2018, according to data from the Ministry of Culture and Tourism.

A total of 660 million red tourism trips were made last year, accounting for 11.92 percent of domestic trips.