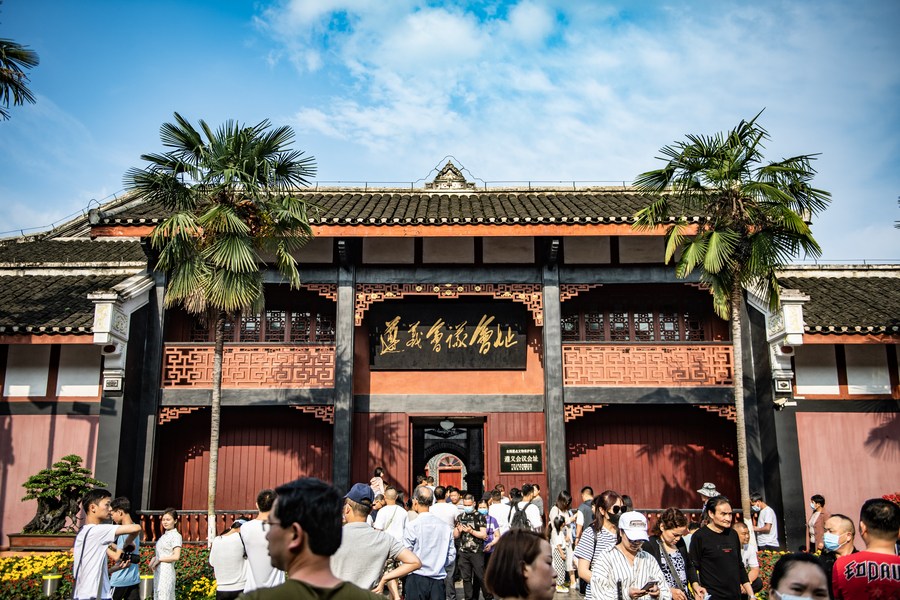 The site of the Zunyi Meeting, a watershed event in the history of the Communist Party of China, in Zunyi City of Southwest China's Guizhou Province. (Photo: Xinhua)

Red tourism, which refers to visiting historical sites with a modern revolutionary legacy, was the top choice for many domestic trips made during the holiday. Travel orders for such destinations grew by about 60 percent compared with the same holiday last year, said the platform.

Beijing, Nanjing, Yan'an, Jiaxing and Zunyi were the most preferred options for red tourism trips, according to the platform.

Due to time constraints, most tourists opted for relatively short-distance trips by high-speed railways during the holiday.

A one-way trip with an average travel radius of 338 km takes about two hours and 13 minutes on average during the three-day holiday. Shanghai, Beijing, Hangzhou, Chengdu and Nanjing were the top five destinations for trips by highspeed railways during the period, said Trip.com Group.