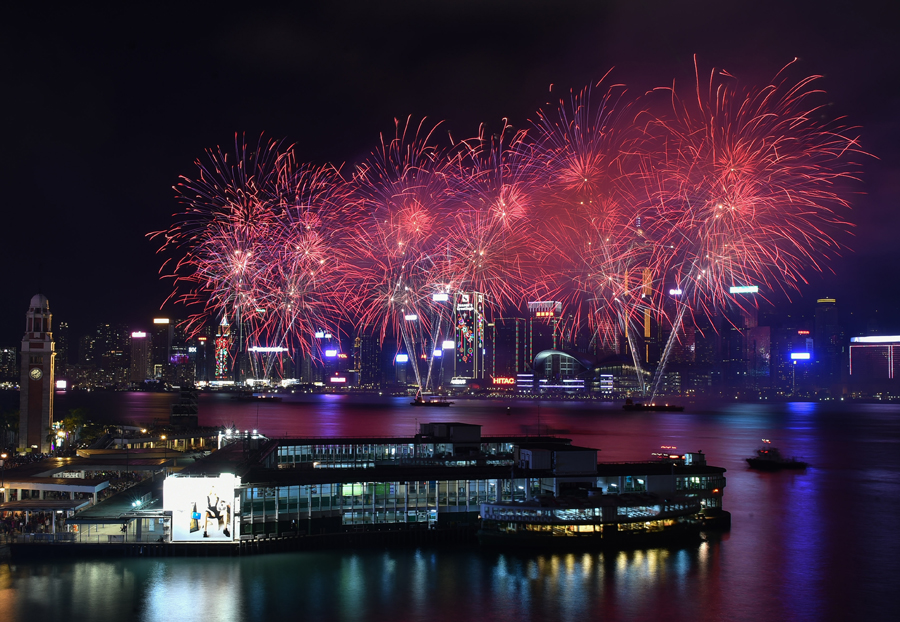 Most holiday travelers are born in the 1980s and 1990s, with those aged between 19 and 35 accounting for 65 percent of all travelers, according to a survey of Tuniu.

The survey shows that nearly 70 percent of the respondents have an itinerary longer than three days, with some preferring to combine the New Year holiday from Dec. 30 to Jan. 1 with their annual leave to have a longer vacation spanning both Christmas and New Year's Day.

The survey shows that the younger generation prefers to travel with their friends or partners than to go back home to be reunited with family during the New Year Holiday.

In terms of gender, 64 percent of holiday travelers are women.

As for means of transport, booking cruises saw a 30-percent rise this year, while high-speed bullet trains have become the top transportation choice for most Chinese, as services are improved and railway networks expanded.

With the launch of the Guangzhou-Shenzhen-Hong Kong Express Rail Link, tourists from the Chinese mainland are flocking to Hong Kong to see fireworks displays and visit Disneyland.

The new trend of visiting hot springs and spas in the cities of Hangzhou, Nanjing, Suzhou, Changzhou and Ningbo indicate that people are motivated to enjoy healthier lifestyles.

The overseas market is also expected to see a continued rise in tourism, as Chinese people have a growing appetite for exotic destinations.

According to Tuniu, the countries that attract the most Chinese tourists are Japan, Thailand, Singapore, Vietnam, Malaysia, France, Italy, Switzerland, Indonesia and Germany.

European countries are perceived as being the most Christmassy, while the warm sunshine and clean beaches of Southeast Asia make countries like Indonesia and Thailand very appealing, especially since the latter has ended visa fees and launched e-visas for Chinese to boost local tourism.

Nordic countries, including Finland, Norway, Iceland and Denmark, enjoy great popularity among young Chinese because of the Northern Lights.

Considering that most parts of China are experiencing a harsh and bitter winter, many tourists prefer to fly to the southern hemisphere to spend a couple of days in Australia, New Zealand and Mauritius, where spring has ended and summer just started.