TRAVEL Ride the rails to Liyang

Ride the rails to Liyang 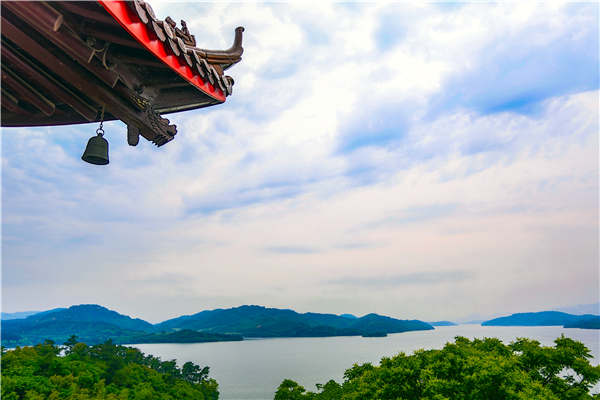 A new line connecting the city in Jiangsu province to Shanghai makes it easier to enjoy its natural wonders. Zhang Kun writes.

The city in Jiangsu province is near the border with Zhejiang and Anhui provinces. Liyang's high-speed train station opened in 2013, making the city accessible from any of these provinces' capitals.

Visitors from Shanghai used to transfer between trains at Nanjing South or Hangzhou East stations. This would usually take about three hours. Driving from Shanghai to Liyang takes about three and a half hours.

But the new G7395/7397 train route enables tourists to travel directly between Shanghai and Liyang in two hours and 40 minutes.

The new route was launched around the opening of the annual Liyang tea festival and tourism mart that ran from April 10 to May 10.

"The county of Liyang was established in 221 BC. We are one of the 57 counties and cities in China that have kept their original names." 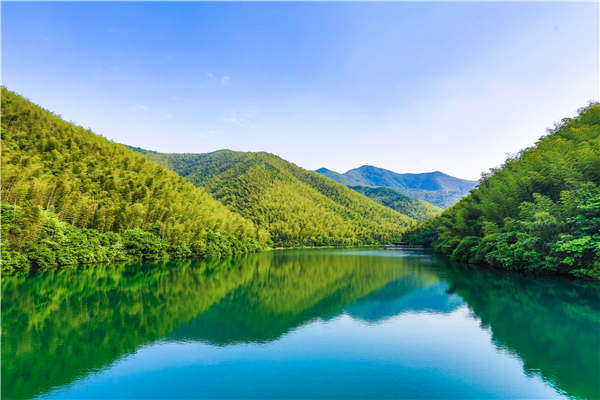 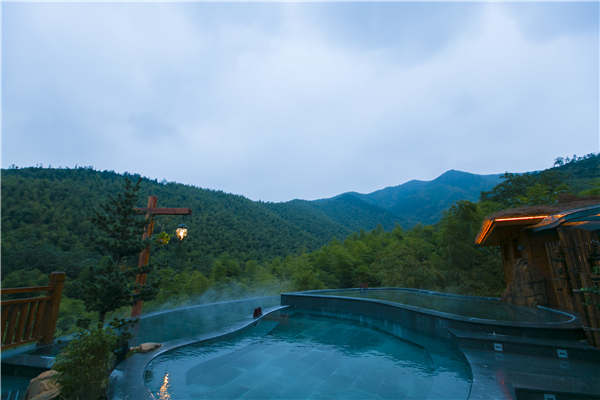 The contemporary city is famous for the 18-square-kilometer Tianmu Lake, its 2,330 hectares of bamboo forest and its hot springs, which have been named among the top 10 in China.

The white tea harvested in the spring is arguably the most celebrated local specialty.

The buds are picked just as they're sprouting and are fried in an iron wok.

The brews are light and aromatic. But the flavor dissipates after about two pours.

"It contains less caffeine and more polyphenols than green tea, and offers many health benefits," says a tour guide with the Qiancaixun White Tea Garden.

Liyang is known for its population's longevity. Locals attribute this to their tea-drinking habits and the area's forested landscape.

The settlement's main tea garden is located on a small island in Tianmu Lake, about 7 kilometers from downtown.

Visitors often take a 40-minute scenic boat ride to the island. They disembark to stroll around the rows of tea trees and pick fresh leaves.

The excellent natural environment produces the bighead carp that are a local delicacy. 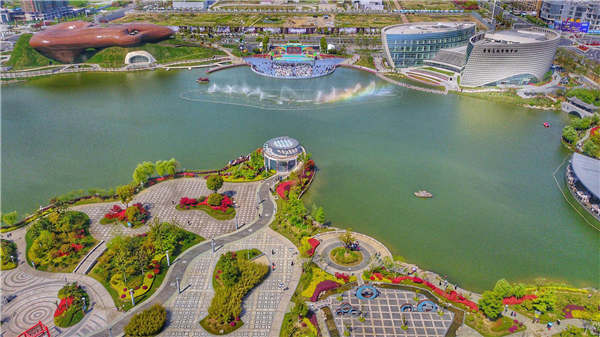 The fish are too large for a single person to eat in a sitting. People previously threw away the heads, since they didn't contain much meat.

But in the 1970s, a local cook developed a recipe in which the head is boiled for over three hours until the broth appears milky, and the meat is tender and purged of its earthy flavor.

Fish-soup casserole is the primary specialty of most eateries and can cost up to 800 yuan ($127) at top-end restaurants.

Many visitors enjoy the dish and then soak in Liyang's hot springs.

The five-star Yushui Hot Spring resort and hotel is located near the Nanshan Bamboo Forest.

The forest's moso bamboo can grow as tall as 20 meters within five months.

It has to be cut every five or six years to preserve the forest, local tourism bureau representative Huang Ludong explains.

Indeed, it seems likely the bamboo groves are set to receive a growing number of visitors since the new train route adds new convenience to Liyang's natural appeal. That's not to mention the city's hot springs, tea fields and Tianmu Lake－and much more.