TRAVEL Ruins tell the story of an abandoned city

Ruins tell the story of an abandoned city

In Yongshun County of western Hunan Province, the ruins of the ancient Fushi City was where a clan surnamed Peng reigned for more than 800 years. It was one of the most prosperous cities in Hunan from the Southern Song (1127-1279) to the Qing (1644-1911) dynasties. 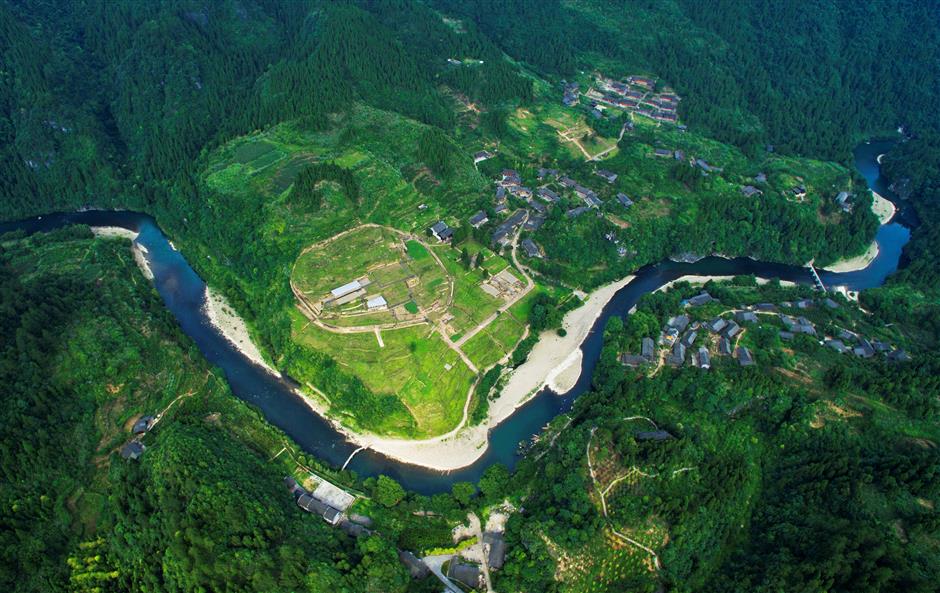 An aerial view of the ruins of ancient Fushi City in western Hunan Province (Photos: Shine.cn)

Tusi was the title of local rulers. Ancient Chinese emperors would give right of autonomy to ethnic minorities so that their cultures and lifestyle could be preserved. The emperor would designate a local headman to manage the area inhabited by ethnic minorities, with the headman entitled Tusi. 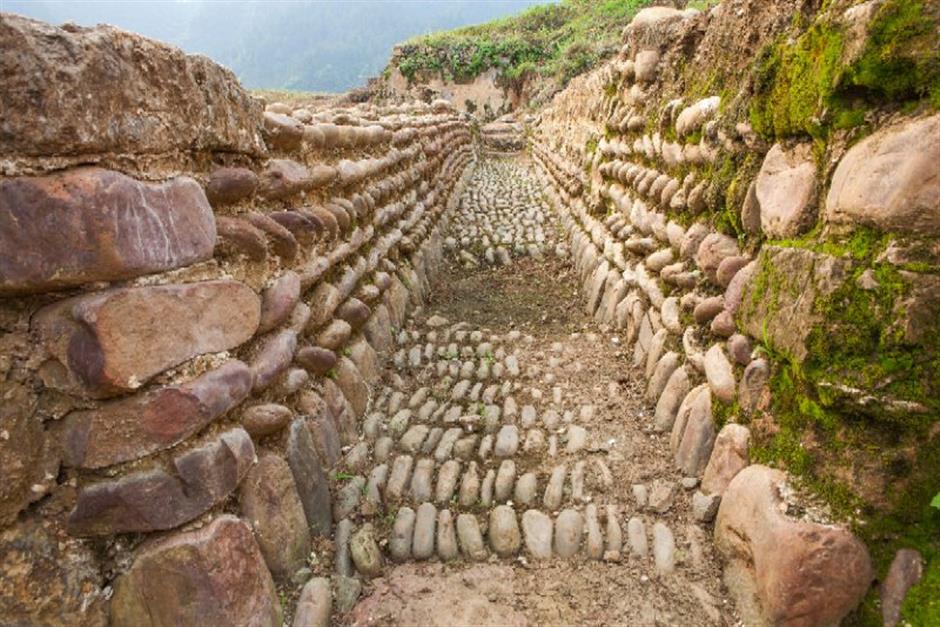 The cliffside path in ancient Fushi City has been preserved.

In 2015, Fushi was inscribed on the UNESCO list of World Cultural Heritage. 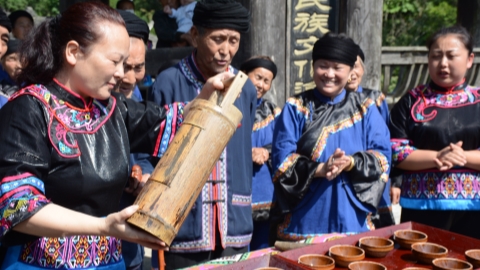 A Yongshun resident, Ying Ying visited the city in 2015, before it opened as a sightseeing area.

“The ruins were located at the end of a mountain, right beside Lingxi Creek, mother river of the ancient city,” Ying said. “There was an ancient single-plank bridge on the creek. Across the bridge were the ruins of the city, surrounded by emerald mountains.”

Most of the former residents were Tujia or Miao ethnic minority people. According to Yongshun records, a member of the Peng clan, Peng Fushichong, moved to the city in 1135, and the city prospered until 1728, when the Qing government decided to abolish the Tusi system and sent central officials to manage the ethnic minorities. The Peng clan moved to Jiangxi Province, and the city was abandoned.

It is said that when the last Tusi, Peng Zhaohuai, left home with his mother and brother, he dismounted from his horse and cried for a long time at Lingxi Creek.He was designated by Emperor Yongzheng (1678-1735) as an army official, and never returned to his hometown.

The current constructions left in the city were mostly built during the Ming Dynasty (1368-1644). Traces can still be found in the ruins of the Tujia people.

Buildings on stilts were among the most iconic structures. As the area was quite humid, the first floors of the houses were usually used as barns or stock sheds. Such buildings were strictly arranged, including the Tusi palaces, ceremonial halls, ancestral temples and dancing halls. The drainage system, city walls and beacon towers were also well protected.

Walking along an ancient passageway for about 2 kilometers takes you to the Shizu Hall complex, Ying’s favorite part of the ruins. The complex, built about 1,000 years ago, covered half the mountain. The main hall is known for its delicate tenon structures. A total of 34 nanmu pillars jointed perfectly with beams to support the whole building.

“I talked to an old man that guarded the hall, and he told me that the nanmu, a kind of wood in western Hunan, was so famous that they were also used to build the Forbidden City in Beijing during the Qing Dynasty,” Ying said. “At that time, Peng Tingchun escorted the nanmu to Beijing himself.”

In the hall a giant bell is a relic of the Ming Dynasty (1368-1644). The tawny bell was nearly burnt during the “cultural revolution” (1966-76), but somehow it wouldn’t melt but just turned from red to its current color. Local people told the Red Guards that the bell might have some spirit in it. And so the Red Guards gave up and the bell was saved.

“The hall also has an old ballad about it,” Ying said. “It praises Fushi as an auspicious city that was known in many places.”

The ruins of the city also had a parade ground. Usually, Tusi had their own armies. Apart from protecting the autonomous regions, the army would also help protect the country. They were called the Tu Army.

In 1555, the Ming army were defeated by Japanese pirates on the southeast coast, and Peng Yinan, the Fushi headman who was then 19 years old, formed an army with another Tusi from Baojing, another Tujia autonomous region in Hunan, and marched to today’s Zhejiang and Jiangsu provinces to fight the pirates. They killed and captured more than 2,000 pirates and Peng was promoted as a general.

“The History of Ming Dynasty” praised his “most remarkable achievements” on the southeast coast, and the emperor sent Fushi a memorial gate as his reward. The gate is inscribed with the characters “zi, sun, yong and xiang,” which means that the honor should be shared with the later generations forever. The stone gate still stands in the ruins.

Another must-visit place in the ruins is the Waving Hall. Although called “hall” in Chinese, it is actually a square-like clearing where Tujia people performed a “waving dance.” Almost all Tujia villages and cities had a similar clearing as the dance was one of the tribe’s most significant religious ceremonies as well as entertainment.

The movements of the dance usually represent the daily life of the Tujia people, including hunting, farming and fighting. Usually the dance was done after they worshipped ancestors with preserved meat, bath chap and rice wine. People would form a circle and dance to fierce music through the night.

Once every three years, the Tujia people would hold a grand waving dance party that would last for almost 10 days. Sometimes thousands of people would gather for the party to reproduce war scenes in the dance.

Today, the Fushi ruins are becoming increasingly popular as a tourist attraction in the Xiangxi Tujia and Miao Autonomous Prefecture of Hunan.

“I believe that the Tujia culture, relics and constructions would give a brand new experience to tourists,” said Long Xiaohua, head of the prefecture. “Besides, Tujia people would provide local specialties that are all green organic to visitors, including vinegar, tea, meat products, honey and pickles, and I believe these would be the icing on the cake for the visitors.”

It is not easy to go to the Fushi ruins from Shanghai. Visitors need to take a flight or train to Zhangjiajie first, and then a bus from the city’s bus station to Yongshun County. At the county’s bus station minibuses go to the ruins.