Bacheng Ancient Street in Bacheng township of Kunshan city is aimed at promoting opera-themed tourism as well as the ancient Kunqu Opera. (Photo by Li Ping/chinadaily.com.cn)

From an impoverished village in debt of more than 14 million yuan ($2 million) to a popular rural tourist destination in East China's Jiangsu province, the Shanlian village in Wuxi city has experienced substantial economic growth, thanks to local government's poverty relief and economic development efforts. 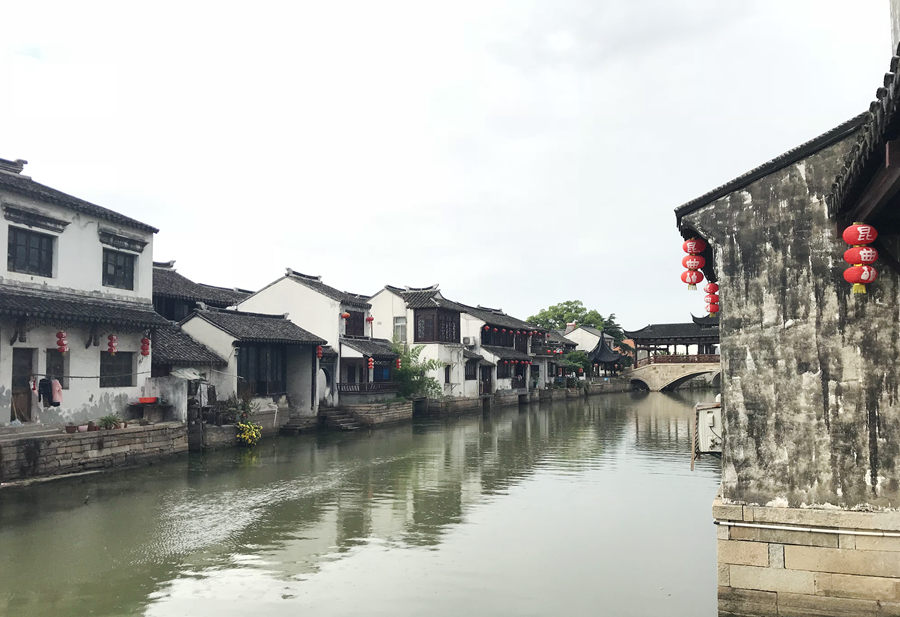 Bacheng Ancient Street in Bacheng township of Kunshan city is aimed at promoting opera-themed tourism as well as the ancient Kunqu Opera. (Photo by Li Ping/chinadaily.com.cn)

Since 2008, the local government has invested a total of 40 million yuan ($6,000) in building modern farms, which now span an area of more than 1,000 mu (66 hectares). They are used for mass production of fruits and flowers - especially chrysanthemums, said Yu Jiahua, vice-chairman of Shanlian's general Party branch, while accompanying a group of journalists around the seven-square-kilometer village on Wednesday. 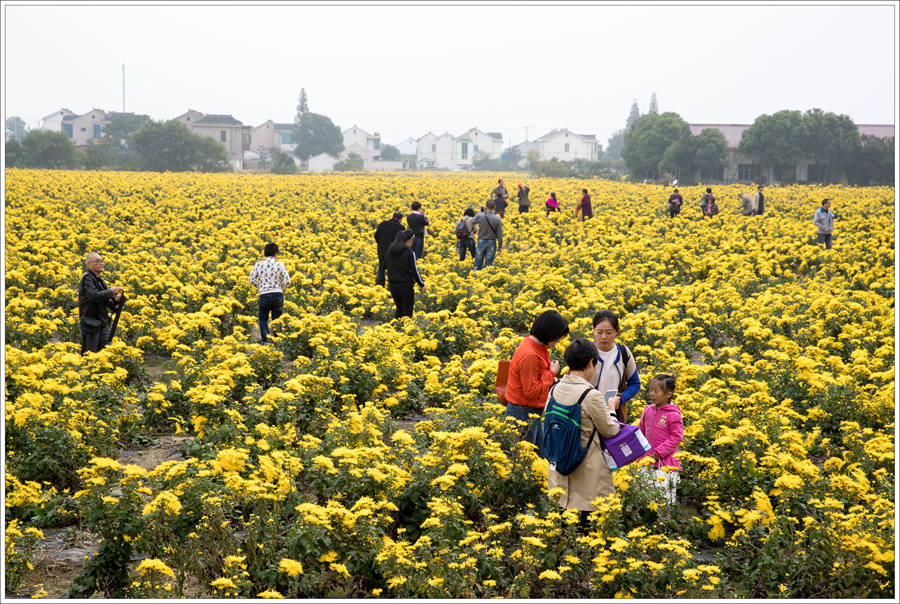 The village's tourism has been thriving after the opening of homestays, tea houses, riverside bars and fishing services in recent years, attracting residents in neighboring cities such as Shanghai and Wuxi for family excursions. Homestays cost an average 150 yuan ($24) one night per person, covering meals. A two-story villa with Western-syle decorations is another selling point to lure middle and high-end visitors. Accommodation charges for the villa range from 680 to 1,980 yuan ($100-300), with lake-view deck and rooms being the biggest drawing card. 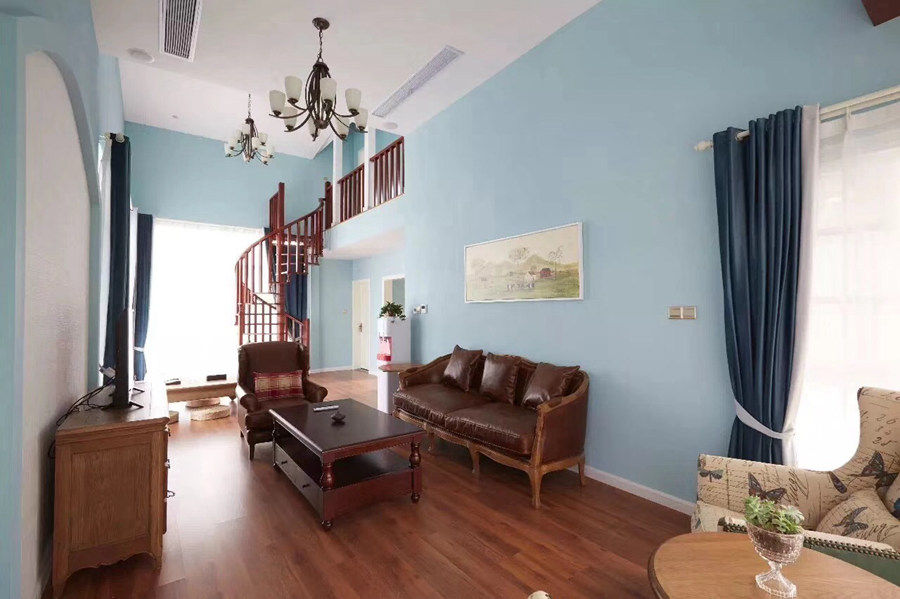 A two-story villa in Shanlian village is targeted at middle and high-end travelers. (Photo provided to chinadaily.com.cn)

Mao Zhengbo, initiator of a Shanghai-based travel club, said his friends in Shanghai would be delighted with this new countryside destination for weekend and holiday getaways from city hustles. "It's only some 130 kilometers away from Shanghai. I would be happy to come," he said.

Shanlian is, however, only one example of villages in Jiangsu that have taken effective measures to advance rural development via modernizing the agricultural sector and promoting tourism. 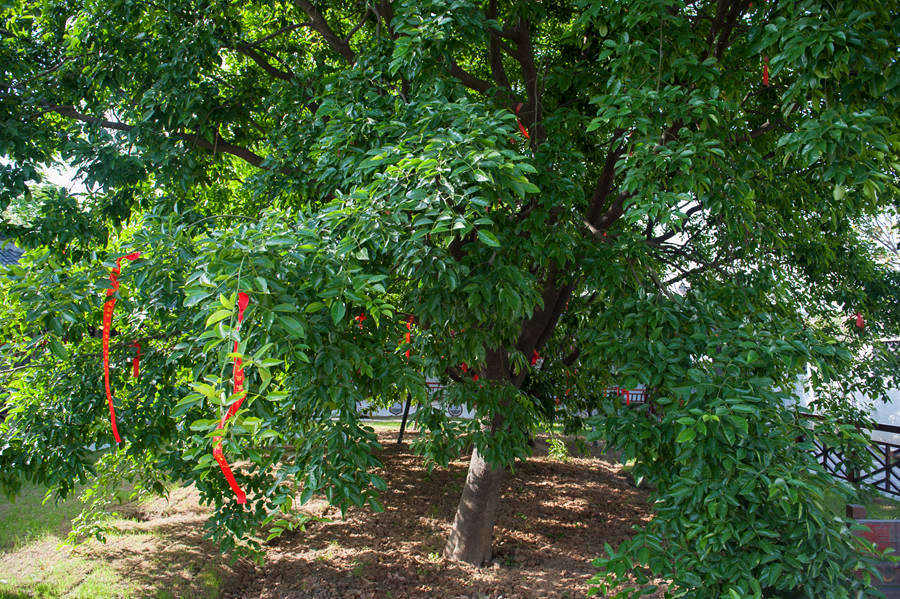 Shanlian's neighboring Hongdou village, for instance, hopes to build a love-themed recreation industry in the coming years, as the place is home to a 1,500-year-old Ormosia hosiei - a tree yielding red beans. In Chinese culture, the red beans produced by Ormosia hosiei trees contain a romantic connotation of love and fond memories.

Bacheng township, a 2,500-year-old water town in Kunshan city which is also one of the birthplaces of the ancient Kunqu Opera, has remodeled the 157-square-kilometer place to create opera-themed travels, as well as to protect the ancient performing art that was listed as a UNESCO world intangible cultural heritage in 2001. 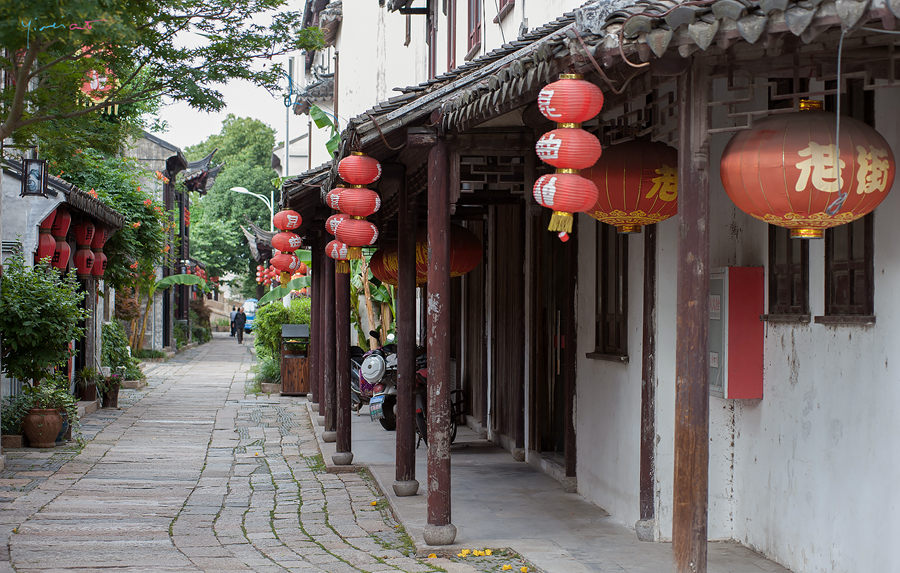 Bacheng Ancient Street in Bacheng township of Kunshan city is aimed at promoting opera-themed tourism as well as the ancient Kunqu Opera. (Photo by Liu Huan/provided to chinadaily.com.cn)

According to Chen Fen, deputy director of Jiangsu provincial tourism bureau, Jiangsu's total operating income of rural travel sector reached 90 billion yuan ($14 billion) in 2017, up 20.8 percent from 2016. The province's rural areas were visited by nearly 287 million people, an increase of 16 percent compared to 2016. Talking with media on Tuesday, Chen said, "Jiangsu's rural tourism created jobs for more than 420,000 people, making the sector a strong force in the province's leisure industry which cannot be overlooked."