More than 800 villagers have returned home to start their own businesses in Central China's Hubei Province since a string of favorable policies were introduced to revitalize the rural economy last year.

Huangpi District in Wuhan, the provincial capital, was once remote underdeveloped countryside that was isolated from the outside world due to a poor transportation infrastructure. Last year, it received over 20 million tourists that brought a revenue of over 10 billion yuan ($1.6 billion) in 2017. 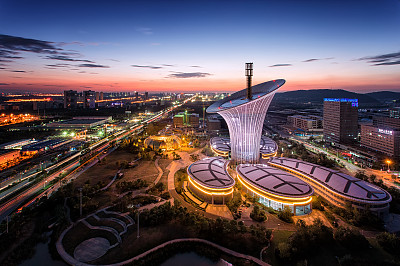 Over a quarter of the population in Huangpi are engaged in the tourist industry now, with a yearly average income of 30,000 yuan from no more than 2,000 yuan a dozen years ago.

Over 100,000 rural residents have shaken off poverty because of tourism, which has created jobs for over 250,000 people in the district.

A tourist center has been built in the village of Liujiazhai, Lijiaji Neighborhood of Huangpi district.

As more and more villagers chose to transfer their land to the rural cooperative and become shareholders, they have been freed from farm work and engaged themselves in tourism.

Yu Honghua, 55 and a poverty-ridden villager from Liujiazhai, used to earn about 2,000 a month as a migrant worker in the city. Last year, he returned home to work in a fruit picking garden.

"With the fruit-picking salary and dividends from the cooperative, I make over 4,000 yuan every month," Yu said.

Yu and his wife both work as gardeners in the park. He also breeds crayfish, which brings him additional income in harvest seasons.