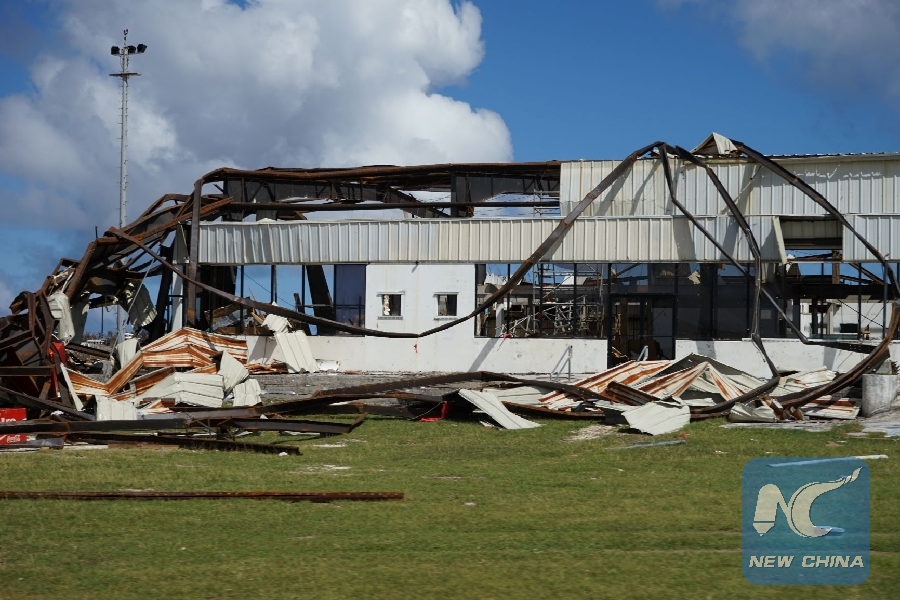 SAIPAN, the United States, Nov. 1 (Xinhua) -- Saipan and other Northern Mariana islands are recovering from the aftermath of Super Typhoon Yutu, and the international airport is planned for reopen by mid-November, the local governor said Thursday.

"The recovery here was so hard," Ralph DLG Torres, governor of the Commonwealth of Northern Mariana Islands (CNMI) told Xinhua, adding that restoring water and electricity was the top priority.

"We've been cleaning a lot of debris from the roads and beaches, making sure our tourists are safe, our locals are safe," he said.

Yutu hit the territory of the United States in the northwestern Pacific ocean on Oct. 24. An official damage assessment earlier this week showed the super typhoon destroyed over 1,000 homes on the 15 CNMI islands, including 779 in the capital Saipan, leaving over 1,000 people homeless. One local woman was killed, while Yutu damaged critical infrastructure on Saipan and Tinian, both major islands.

Many major hotels on Saipan have remained open with independent power and water systems. Demand for hotel rooms is up tremendously as displaced residents vied for accommodations with relief workers.

About 3,200 foreign tourists were stranded on the islands by Yutu, about half of them Chinese. The last group of 80 stranded Chinese tourists left on a flight Tuesday for home.

"Tourism has always been our main revenue here on the islands," which saw an increasing number of tourists in the last two years, said Torres.

The governor said tourism is recovering steadily and rapidly with accelerated assistance from federal agencies. On Wednesday, he announced Nov. 15 as the deadline set to reopen Saipan International Airport.

According to the Marianas Visitors Authority, tourist arrivals totaled some 653,000 in fiscal year 2017, up 30 percent year-on-year.

Torres said, "Last year and this year has seen a continued, gradual increase of Chinese tourists," while noting the building of new Chinese-invested hotels and direct flight services launched as early as 2011.

"We will be ready to welcome Chinese tourists back to our beautiful islands," he added.