As temperatures drop in the vast northern regions, many people — especially retirees — are packing up for a long stay in warm southern places such as Hainan Island. This trend is in turn warming up the domestic winter aviation market, according to data from domestic travel agencies. 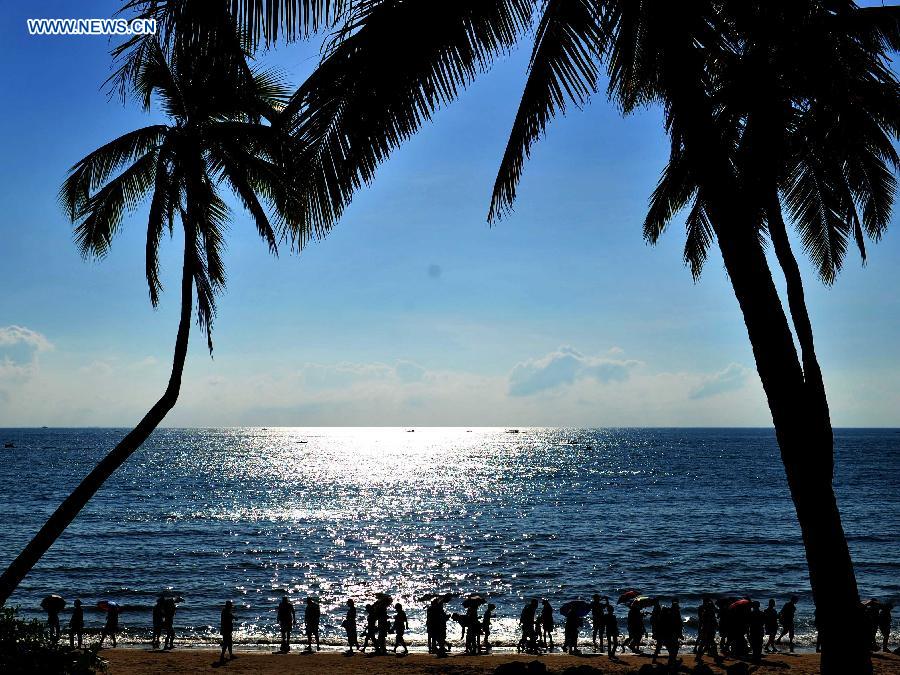 Tourists visit the Tianya Haijiao ("Edges of the heaven, corners of the sea") resort in Sanya, south China's Hainan Province, Dec. 1, 2012. Sanya has always been a winter tourism preference thanks to its tropical climate. (Photo: Xinhua)

A report from Ctrip, China's largest online travel agency by revenue, showed domestic airlines are increasing flights to southern cities. Flights from Beijing to Sanya, a coastal city at the southern tip of Hainan, for instance, will be doubled from 11 to 22 flights a day starting Oct 27. The city has become the top choice of the year for senior people, nicknamed "migratory birds", to shelter from the northern cold in China.

An official research report from the CPPCC Hainan committee, the top provincial political advisory body - disclosed that from Oct 1, 2017 to April 30, 2018, about 1.65 million "migratory birds" stayed in Hainan, with 930,000 or 56 percent aged above 60 years old. They made up one-tenth of the population in Hainan, which has 9.34 million local residents in total.

Quality of life for the "migratory birds" was remarkably improved, with the chronic disease of some older people eased or cured naturally via Hainan's favorable climate, according to local media reports. Their arrival also brings cultural diversity which has enhanced local economic growth to some extent.

Many of the retirees are skilled professionals and have joined innovative programs introduced by the local government to train university students and help make up for the shortage of qualified talented people in Hainan, which is currently building the country's largest pilot free trade zone.

The arrival of the retirees has also caused complaints among locals, who said there have been strains on local resources and increases in the prices of food, services and housing, local media reported.

Shao Jihong, a manager with the airfare department of Ctrip, said other southern cities such as Haikou, capital of Hainan province, Nanning, Beihai and Guilin in Guangxi Zhuang autonomous region, Kunming and Lijiang in Yunnan province, Xiamen in Fujian province and Shenzhen of Guangdong province, are also popular destinations for retirees.

There are also more people who choose to go abroad for shelter in Southeast Asian countries, Australia and New Zealand, she added.