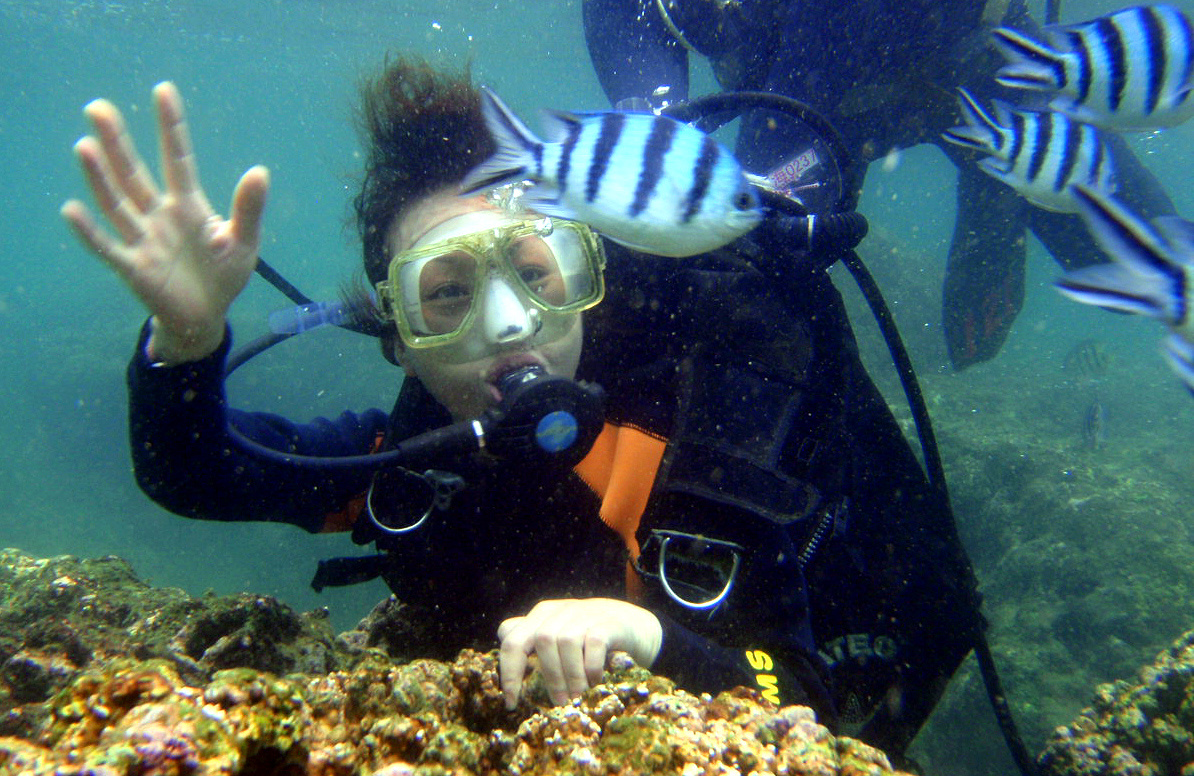 Sanya, the southernmost city in the province of Hainan, is fast becoming the destination of choice for diving enthusiasts from China, especially at a time when overseas travel has virtually ground to a halt due to the COVID-19 epidemic.

In June, the number of people who booked diving entertainment activities and certificate-related activities in Sanya rose by 370 percent on a yearly basis, according to Trip.com Group, China's largest online travel agency. The report comes at a time when industry experts have predicted huge growth potential for travel during the next five years in China, said industry experts.

Besides, sailing on luxury yachts is also fast becoming popular among Chinese tourists. In June, half-day and one-day yachting trips in Sanya rose by 180 percent on a yearly basis. Sailing trips on high-end French Lagoon and British Suneeker yachts were the most popular, said the Trip.com study.

Hainan saw the fastest rebound in tourist arrivals in China after the epidemic started coming under control.

Photo shooting, paragliding, sky diving, surfing, and helicopter tours are other attractive events that are sought after by travelers in Hainan. Besides, the duty-free complex that is located in the Haitang Bay of Sanya is one of the hottest spots for shopping.

With effect from July 1, the duty-free shopping quota in Hainan has been raised from 30,000 yuan ($4,270) to 100,000 yuan per person each year, as part of the efforts to boost the development of Hainan Free Trade Port, according to the Ministry of Finance and China's Customs and taxation authorities.

"The favorable duty-free shopping policy in Hainan will help raise its competitive edge and attract more tourists. Besides, carriers and hotels have been actively promoting innovative products and discounts recently, which is set to further stimulate travel," said Neil Wang, president of consultancy Frost& Sullivan in China.

"Though the tourism sector has been affected by the epidemic during the first six months, it is expected to grow continuously in the next five years, fueled by the growth in incomes and per-capita expenditure on culture and entertainment, and the improvement in transportation infrastructure and online travel services," he said.

In June, the number of hotel bookings in Hainan jumped 17 percent over May, and the volume was much higher than other places. The largest number of travelers who went to Hainan came from Guangdong, Sichuan and Zhejiang provinces, according to Beijing-based online travel agency Qunar.

More than half of the tourists to Hainan stayed in luxury hotels. Unlike the past, when most of the bookings were made in advance, nearly 80 percent of visitors booked the hotels just a day before their visit, the Qunar study said.

"With the recovery of the pandemic and resumption of outbound tours, the pent-up demand for travel abroad could be released in the short term. Hainan will still remain a hot domestic destination, and its rapid growth is expected to return to a reasonable growth range," Wang said.