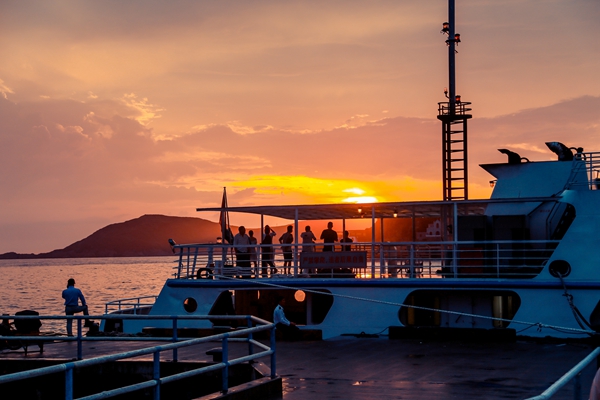 Islands in China, including Zhejiang's islands, those near the seasides of Shandong and Hainan's Sanya, are major island destinations for Chinese. (Photo: China Daily)

About a third of outbound Chinese travelers opt for island destinations, according to a report by the International Islands Tourism Conference in Zhejiang province's Zhoushan in late August.

About 70 islands in China and overseas have become major destinations for Chinese, the report says. Over 40 percent of them generate at least a fifth of their GDP from tourism.

"We hope to strengthen exchanges with well-known island destinations around the world and jointly develop a high-quality island-tourism industry," Cheng says.

A total of 21 project agreements, involving nearly 50 billion yuan ($6.9 billion), were signed at the conference.