Shanghai Disney Resort recently announced it will celebrate its fifth anniversary with a series of birthday activities and themed decorations. 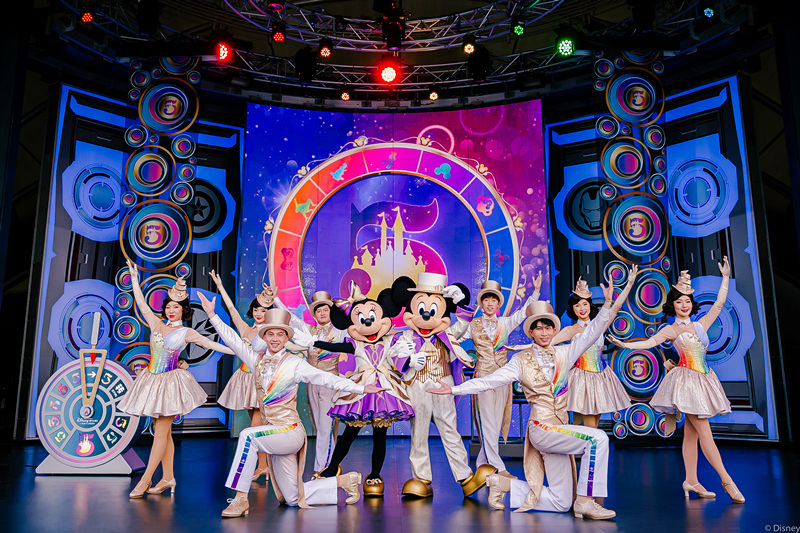 Featuring a lineup of exclusive experiences across Shanghai Disneyland, the yearlong celebrations will start in April when the newly decorated resort will begin welcoming guests to join the birthday festivities of this "authentically Disney, distinctly Chinese" resort.

The Shanghai theme park, as the first Disney resort on the Chinese mainland, opened on June 16, 2016. In the five years since, it has grown to become one of the most popular global vacation destinations. And it's expanding. Shanghai Disneyland is currently constructing its eighth and newest themed land, Zootopia, inspired by the 2016 animated feature by the same name which was a huge hit in China.

"We are so humbled to have been welcomed with such passion, enthusiasm and love from tens of millions of guests during our first five years," said Joe Schott, president and general manager of Shanghai Disney Resort.

"Our success would not have been possible without the incredible support of all of our partners, the local government, community friends, guests and fans, as well as our amazing cast members. With our upcoming fifth birthday celebrations, we look forward to delivering a range of magical experiences that our guests will love, with surprises waiting around every corner."

The magic will begin on April 8, as the resort kicks off a series of activities titled "Year of Magical Surprises" to immerse visitors in its birthday celebrations.

The theme park's official app will also soon reveal a revamped look and a new "Tap for a Magical Surprise" feature, allowing guests to enter a digital lucky draw to win special prizes upon entering the park. Visitors have the chance to win digital autographs from Disney characters as well as dining and merchandise vouchers, and priority access to popular attractions and reserved viewing areas for world-class live entertainment.

Across the park, a "surprise squad" comprised of Disneyland cast members will appear at different times and locations throughout the day, randomly greeting guests and unveiling additional surprises, including birthday souvenirs or invites to the special Disney "Surprise!" Show.

Also starting on April 8, Shanghai Disney Resort said it will "draw on Disney Parks' 65-year history of innovation, creativity and storytelling all over the world to deliver an unforgettable birthday celebration with a wide variety of exciting new experiences that will bring guests' dreams to life," according to a press release on Thursday. These new experiences include a new nighttime spectacular with "brand new content, amazing storytelling, and some of the world's most cutting-edge technology," to be presented on the world's largest and tallest Disney castle; and Mickey's Storybook Express which will be preceded by a fifth birthday pre-parade, featuring a Disney Surprise Cake Float.

As hosts of the "Year of Magical Surprises" birthday celebration, Disney's iconic Mickey Mouse, Minnie Mouse, and other Disney characters will be specially dressed in brand new outfits, welcoming visitors to the big party.