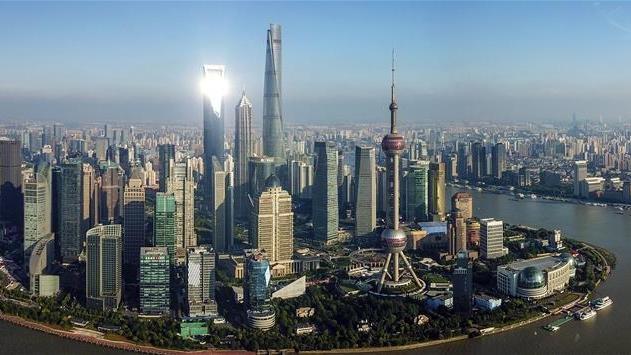 As a city that is vigorously promoting the ecological environment, Shanghai outlined its first coastal country park - Heqing Country Park in Pudong New Area - which will cover an area of 35.7 square kilometers.

The first phase of the park, which covers a total of 13.5 sq km, was approved by the government in early December and is expected to open in 2020.

Buildings in the first phase will occupy 20.52 hectares, including 14.09 hectares for commercial service facilities, 3.18 hectares for cultural entertainment, 2.13 hectares for sports and the rest for scientific research and education.

The park, located in Heqing town, the easternmost area of Pudong, has three key areas in its overall design, including the Sanjiagang tourism and leisure center, a sports resort capable of hosting international sports tournaments and the water development center, which will offer kayaking.

High-end resort hotels, seafood restaurants and cultural entertainment facilities will be in the park as well.

"The construction of Heqing Country Park can be regarded as an important step toward solving the shortage of urban parks in the metropolis, where population expansion inevitably leads to a reduction of urban green space."

The national forest tourism industry has been booming in recent years, with 1.39 billion forest tourists in 2017 - representing 28 percent of domestic tourists. It created 1.15 trillion yuan ($167.5 billion) in gross social output, according to the State Forestry Administration.

Shanghai, which has made improving the ecological environment one of its top targets, has a total of 1,133 sq km of forest area. Its forest coverage rate reached 16.2 percent at the end of 2017, according to the Shanghai Forestry Bureau.

Under the plan, the city will reach 25 percent forest coverage by 2040; promote the construction of ecological forest barriers, national parks and country parks; and protect the coastal ecology and beaches along rivers.