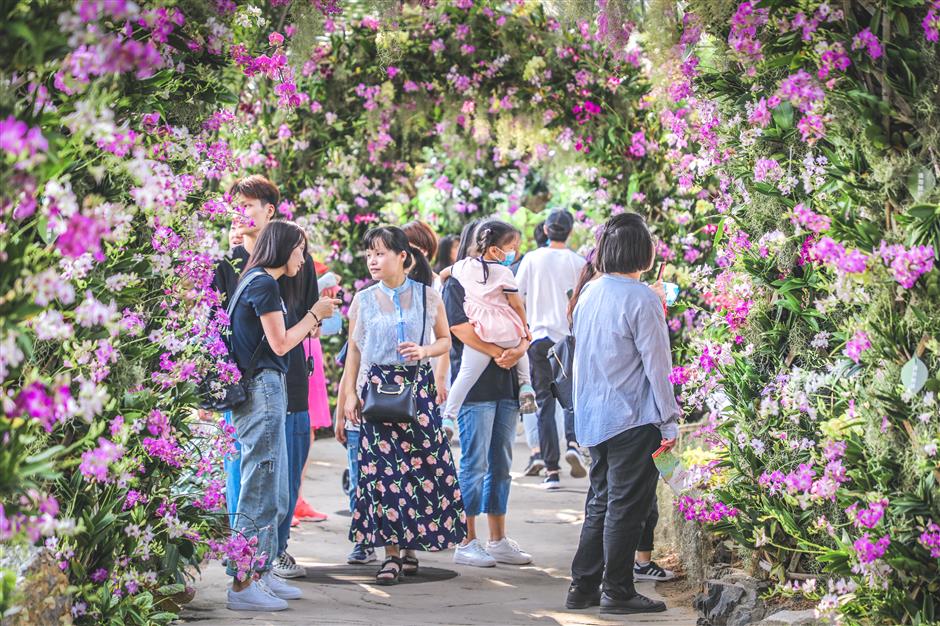 Outdoor sites such as the Shanghai Wild Animal Park, the Shanghai Chenshan Botanical Garden and the Shanghai Haichang Ocean Park registered the highest year-on-year rises, according to the Shanghai Municipal Administration of Culture and Tourism.

Visitor numbers at several popular landmarks, such as the Bund and the Lujiazui area, were more than 60 percent of those for last year, showing a sizeable recovery from the effects of the pandemic.

Despite lingering COVID-19 concerns, the administration said 90 museums in the city opened to the public on Thursday and received 80,400 visits, growing 98.8 percent year on year. The city's cultural and tourism sites will also host over 100 online activities during the holiday.

Shanghai is expected to be a popular destination during the eight-day holiday, a season of tourism and consumption boom that is set to inject momentum into China's recovering economy.