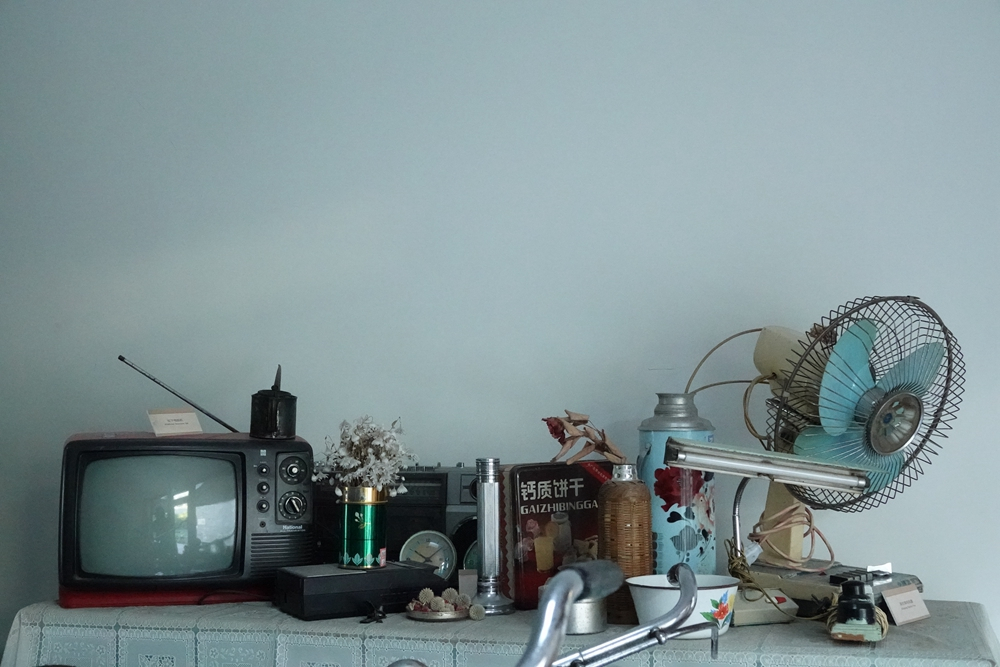 Besides the Forbidden City and other royal palaces, the center of Beijing once consisted of extensive small alleys called hutong, linking residential compounds. Tucked away in each hutong were often restaurants, grocery stores and shops for daily necessities. However, with the high-speed development of the capital, much of the olden setting has disappeared.

Luckily, Shijia Hutong Museum has preserved some of those good old days. Walking into courtyard 24 of Shijia Hutong, a museum is a hidden spot for tourists curious about the old life style in Beijing.

The museum features many everyday items including copies of the labor contracts, old furniture, and the bus tickets that have faded from daily life. Collectively they give visitors a glimpse of what ordinary life was like in Beijing in the 1920s and 30s.

There are also two rooms whose interiors are furnished in the style of a typical Beijing family from the 1950s and 60s, as well as the 70s and 80s, respectively.

A semiconductor radio brings back the memories of my childhood when I lived with my grandparents. It was one of the "big costly pieces" for a family at that time, and would often be kept somewhere high in the room, away from being dropped. Most of these items were collected from residents whether they still live here or not. They are witnesses of history, evidencing the changes of Shijia Hutong.

A small studio-like room called "Sound of Hutong" caught my attention, where I listened to the records of the sounds captured in different seasons. The room is equipped with professional audio equipment. When I touched the screen, more than 70 kinds of hutong sounds awaited.

These sounds were used by traditional Beijing street vendors to draw the attention of the residents, like the chimes held by a quack, or the gongs candy sellers used to attract children while traveling between the alleys. Other sounds like wind, rain, thunder, or cicadas chirping in the trees, also sent me back to a tranquil hutong in that period.

Shijia Hutong Museum is the first of its kind in China and used to be home to Ling Shuhua, a famous writer during the Qing Dynasty (1644-1911). After she passed down the house to her daughter, she decided to transfer the courtyard to the public. And thus, the museum was built to sustain this old way of living.

After I finished my trip to the little museum, I continued to walk through Shijia Hutong and enjoyed a tranquil afternoon in the nice autumn weather. What I really suggest to experience the old Beijing is to grab your camera, pick a hutong and get yourself lost in the mazes.