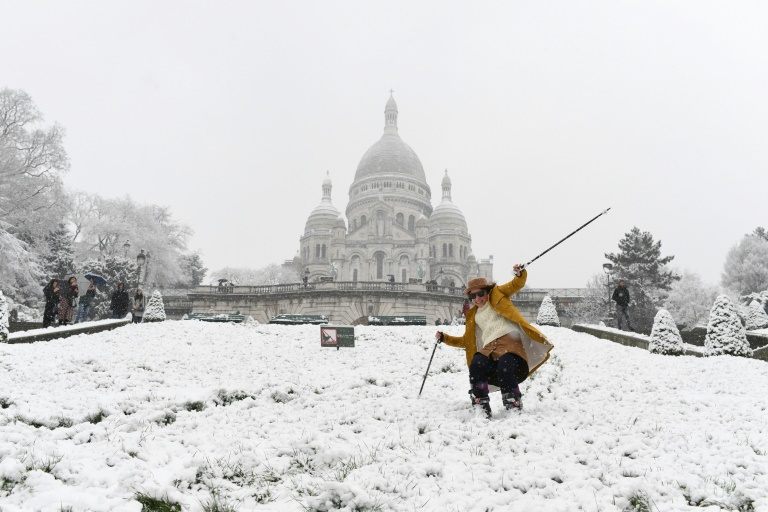 Skiers swished down the hilly streets of Montmartre in Paris on Wednesday, taking advantage of heavy snowfall that otherwise spelled misery for thousands of travellers.

Nearly 2,000 people in the Paris region had to spend Tuesday night in their cars, according to police, after the snow caused traffic jams that stretched a record 740 kilometres (460 miles) and left hundreds of others stuck at airports and train stations.

The icy roads of Paris were unusually quiet as police urged people to leave their cars at home after 12 centimetres (nearly five inches) was dumped on the French capital overnight, with up to 20 cm reported in nearby suburbs and rural areas.

The snow played havoc with public transport, halting almost all buses in the capital along with some tram and commuter rail lines, while heavy goods vehicles were banned from major roads due to the high risk of an accident.

But the wintry weather was a delight for schoolchildren as well as a gaggle of skiers and snowboarders who gathered at the Sacre-Coeur basilica at the top of Montmartre, the hill in the north of the city.

They managed to get in about an hour of runs in the morning on the steep slopes of the park that descends from the church before being chased off by the police.

"The snow is good, a little powdery, not as great as in 2010 but 2010 was historic," said Gilles Prunevielle, founder of the "Montmartre Ski Club", bearing a sweatshirt with the club's logo and altitude -- 130 metres above sea level. 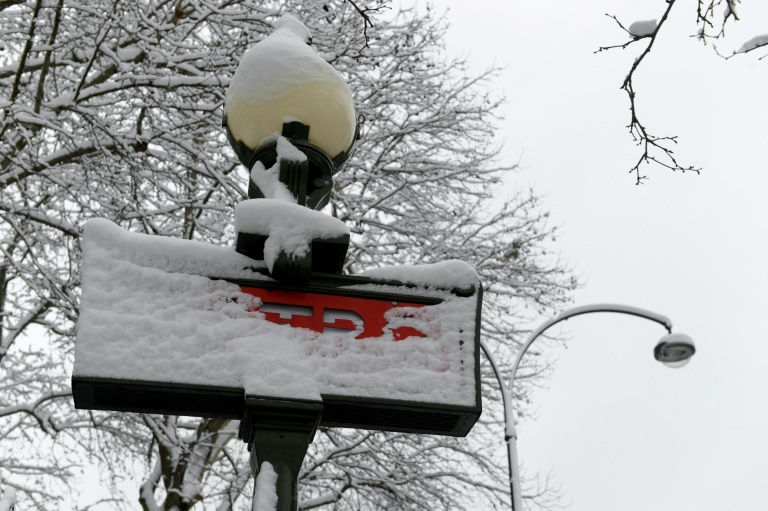 Tourists in the City of Lights found the Eiffel Tower closed for a second day, while the capital's airports were hit with delays and cancellations.

French car-making giants Renault and PSA meanwhile said they had been forced to halt production at their factories in the Paris suburbs as the ban on lorry transport left them short on car parts. 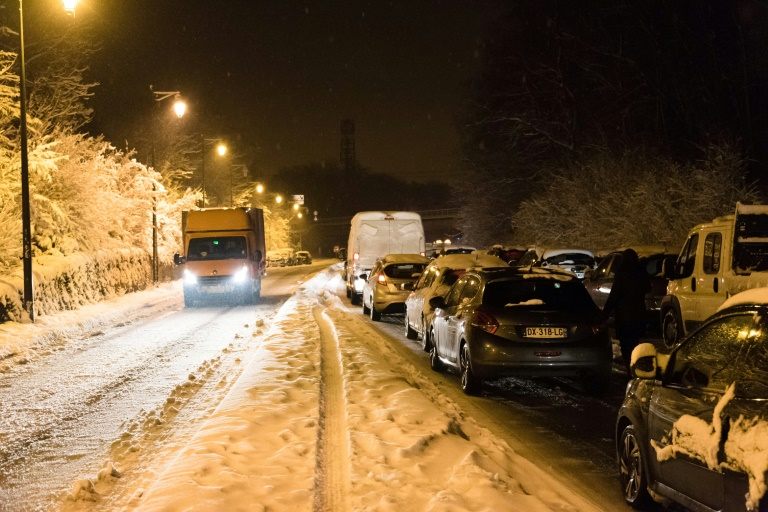 On the outskirts of Paris, rescuers worked to evacuate nearly 2,000 people who were stranded overnight on the N118 highway, prompting anger from drivers who said the route should have been closed off.

"I didn't sleep at all," said Rodrigue Akpadji, a German teacher who works in Saclay in the southern Paris suburbs, as the tailbacks continued to stretch 200 kilometres on Wednesday morning.

"I often go to Germany and I've never seen this there, even in the poorest and most isolated areas. This kind of thing is unimaginable there. We have to be able to plan for it."

Interior ministry spokesman Frederic de Lanouvelle told AFP authorities were "dealing with an exceptional situation", urging people "not to use their vehicles".

Government spokesman Benjamin Griveaux promised "lessons would be learned" but defended officials' response, saying: "It's hard to know at 8:00 in the morning that roads will be blocked at 2:00 pm."

National forecaster Meteo France warned that temperatures were set to fall further into Thursday, freezing the heavy snow in place and making conditions even more treacherous.

Regional authorities opened 46 shelters that took in more than 600 people, while about 700 had to spend Tuesday night at the Montparnasse and Austerlitz train stations in Paris. 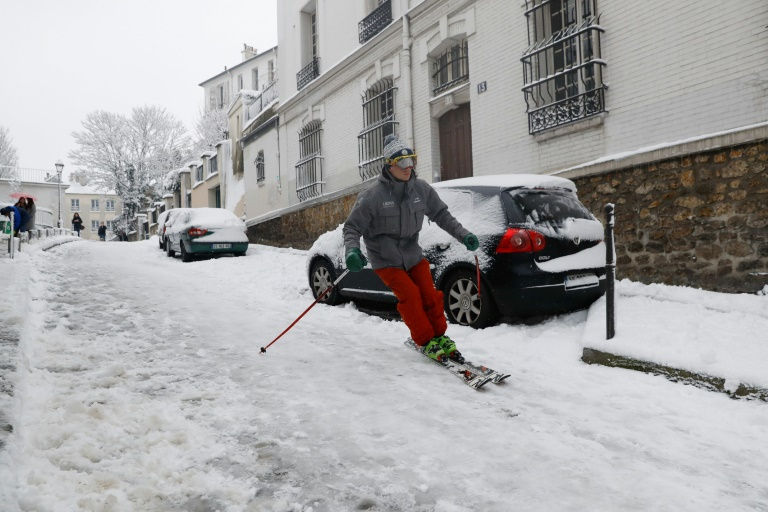 Air France said it planned to operate only half of its short-haul flights departing from Paris Orly Airport on Wednesday.

Some 230 people had to sleep at the airport, while passengers arriving in Paris were greeted with delayed trains to the city centre and few taxis willing to brave the roads.

"I love Paris. I would just love to get there and see it," said Paul Farberman, a 66-year-old music industry executive who had just flown in from Los Angeles.