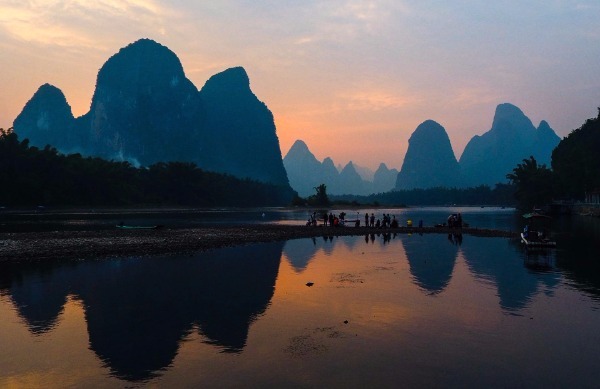 Guilin, in the northern part of Guangxi, is known for its picturesque karst mountains and beautiful rivers. (Photo: Xinhua)

Tourism is booming as the number of tourists to the scenic city of Guilin in southern China's Guangxi Zhuang autonomous region has hit a record high in the first six months of 2019.

More than 61.39 million people visited Guilin in the first half of the year, a year-on-year increase of 20.29 percent, according to the local government on Wednesday.

The total tourism consumption within the period of time exceeded 84.9 billion yuan ($12.3 billion), up 29.13 percent compared with the same period last year.