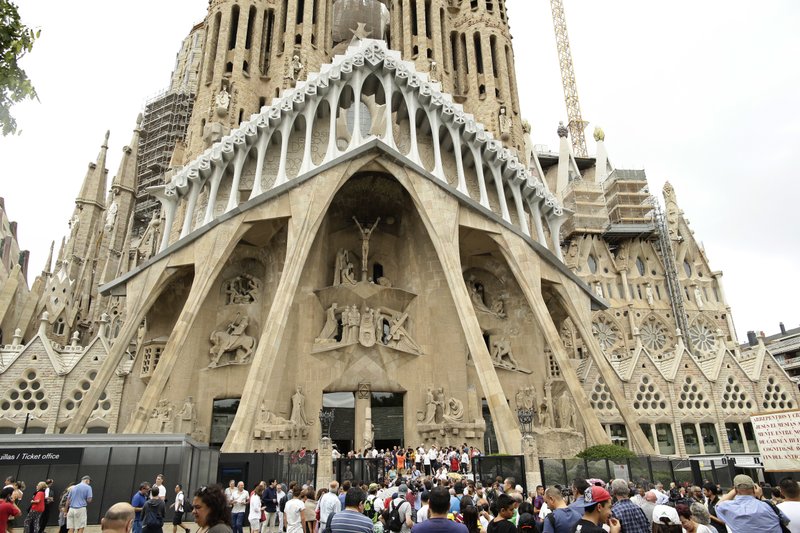 Dignitaries leave after a Mass at Barcelona's Sagrada Familia Basilica for the victims of the terror attacks, in Barcelona, Spain., August 20, 2017. (Photo: AP)

Property owners have a new yardstick by way of Spain for measuring frustration over building permit requests they suspect got lost in a local government bureaucracy.

The city said Friday it granted the current builders a license that is valid through 2026. The builders think that will be enough time to finish raising the landmark Roman Catholic church’s central towers.

The basilica’s first stone was laid in 1882, but Barcelona officials said there was no record showing a building permit first requested in 1885 ever was granted or rejected.

Barcelona officials said the city will be paid 4.6 million euros ($5.2 million) in fees under an agreement negotiated with a foundation devoted to completing and preserving La Sagrada Familia.

The agreement between the city and the foundation puts an end to “a historical anomaly in our city,” Barcelona official Janet Sanz.

Over 4.5 million visitors pay 17-38 euros each to tour the cathedral-sized church every year. The Barcelona government estimates 20 million tourists stand outside to marvel at the bell towers; Gaudí envisioned 12, one for each of Christ’s disciples, but they all may never get built.

When completed, work on one of the central towers that is expected to get done while the building permit is valid will make La Sagrada Familia the tallest religious structure in Europe at 172.5 meters (566 feet) tall, according to the builders.

Barcelona has the largest concentration of buildings designed by Gaudí, whose bold modernist aesthetic still inspires architects. A fervent Catholic, he dedicated much of his professional life to Sagrada Familia, for which he incorporated elements of Christian symbolism along with the organic forms he often employed.

Gaudí died in 1926 after being struck by a trolley when just one facade was complete. He is buried in the church crypt.

Ongoing construction work is based on the architect’s plaster models, and photos and publications of his original drawings, which were destroyed in a 1930s fire, according to Sagrada Familia foundation.