Sri Lanka tourism earnings fall in February due to COVID-19 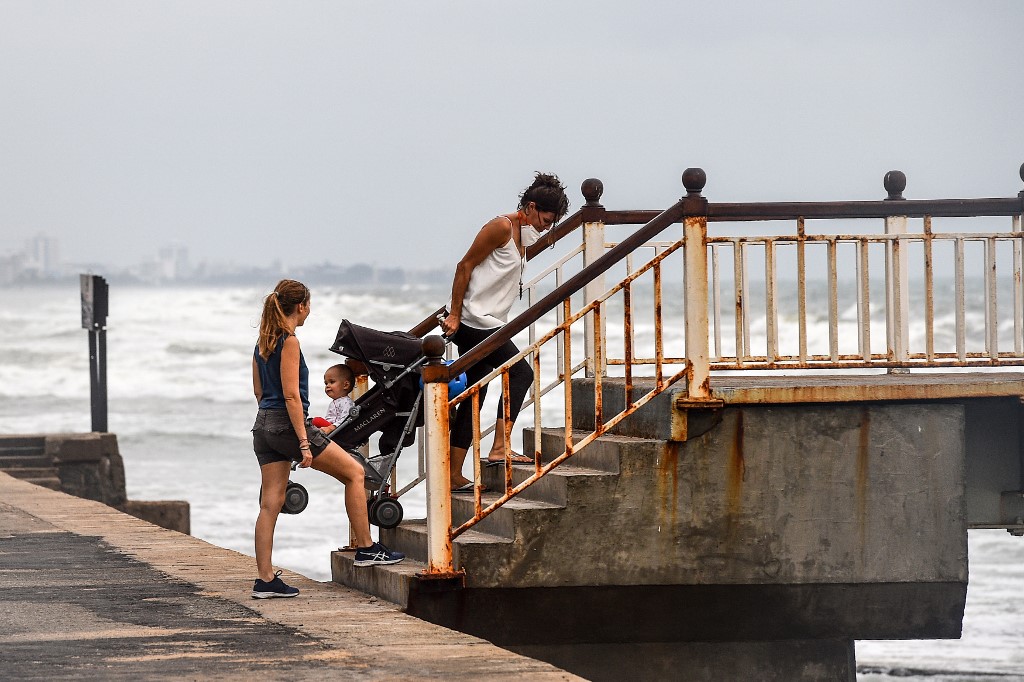 Foreign tourists carry a stroller as they walk up on a pier at the Galle Face beach in Colombo on May 17, 2020. (Photo: AFP)

The island country's tourism industry is one of the worst affected by the outbreak of the global COVID-19 pandemic with earnings from tourism likely to be severely affected during the rest of the year as well, industry experts said.

According to official figures, tourist arrivals from key destinations, such as China, India, France, United States, Canada, Britain and Germany have also declined, while arrivals from Russia, Poland, and Ukraine increased on a year-on-year basis in February.

So far this year, the country has received nearly 500,000 tourists but tourist arrivals were halted when the country's main Bandaranaike International airport temporarily halted incoming passenger arrivals in March to prevent a further spread of the virus which has so far infected over 960 people in the country and caused 9 deaths.

Sri Lanka's Tourism Ministry, in March, said it had decided to revise tourism arrivals and earnings forecast for 2020 following the impact of the virus outbreak and the suspension of arrival flights at the airport.

"The COVID-19 outbreak has decimated many top source markets of Sri Lanka, but for us, the timing of the plunge is particularly unfortunate as the industry was on its path to recovery from the Easter Sunday terror attacks last year," Sri Lanka Tourism Chairperson Kimarli Fernando said.

"Originally 2020 was supposed to be a big year for Sri Lanka, as we had planned for a significant surge in visitor traffic. However, the ambitious plans of Sri Lanka Tourism for 2020 are now under the threat of the COVID-19 crisis," she added.

Prior to the emergence of COVID-19, Tourism Minister Prasanna Ranatunga in January said the target of tourist arrivals for 2020 was 3.5 to 4 million tourists and 5 billion U.S. dollars in earnings.