A media briefing was held at Sri Lanka's embassy in Beijing on Dec. 30 to promote the country's national airline and tourism resources. 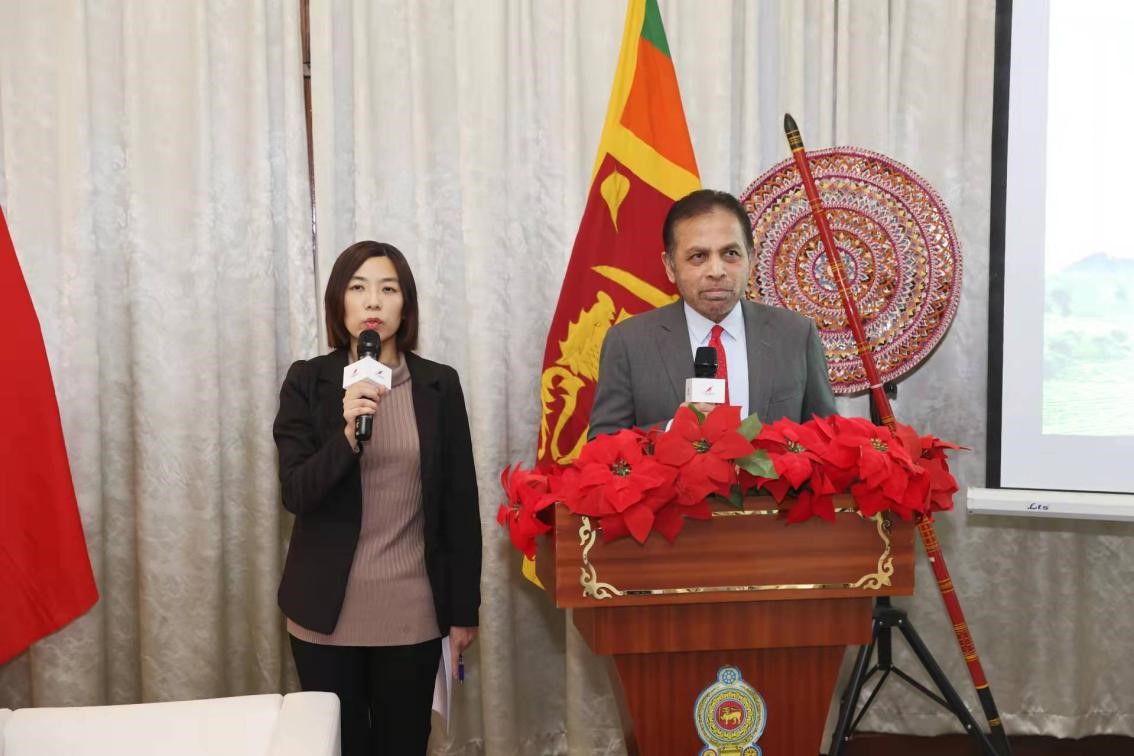 Ambassador of Sri Lanka to China Palitha Kohona speaks at the briefing, on Dec. 30, 2021. [Photo courtesy of SriLankan Airlines]

At the briefing, Ambassador of Sri Lanka to China Palitha Kohona introduced the country's abundant tourism resources and its traveling requirements against the backdrop of the COVID-19 pandemic.

"If you are fully vaccinated, you can come to Sri Lanka without any restrictions. Otherwise, there are still some restrictions. We are hoping that as 2022 progresses, constraints will be relaxed," said Kohona.

He then went on to explain the reasons Sri Lanka is an ideal destination for travel, including its consistent temperatures, golden beaches, wild animals, black tea, delectable cuisines, time-honored history and archaeological remains, which he hopes will attract more visitors to choose Sri Lanka as a leisure destination.

Established in 1979 and serving 48 countries worldwide, SriLankan Airlines has been operating in China since 2005, and now boasts three stations in Beijing, Shanghai and Guangzhou. Since direct flights between the two countries were opened in 2014, the occupancy rate has seen a significant increase. The flights are also equipped with customized services for Chinese travelers, such as interpreters, Chinese food and entertainment.

From January to April 2020, when China was hit by the pandemic, SriLankan Airlines was one of the few airlines that offered uninterrupted services to all of its Chinese stations, Weerasinghe noted. Likewise, between May and September 2020, the airline brought more than 10,000 Chinese citizens back to their homeland, most of whom were students.

During the pandemic, SriLankan Airlines prioritized cargo business, including delivery of vaccines, personal protection equipment and humanitarian materials. Now, however, the carrier has its sights set on reviving its passenger business to China when the country's outbound travel restrictions are further eased.

During the event, two guests were invited to share their traveling experience in Sri Lanka, having captured the beautiful landscape and friendly locals through videos they filmed there.

The briefing was also interspersed with performances of traditional Chinese musical instruments including the guzheng (Chinese zither) and pipa (Chinese lute).

During a raffle, one attendee was lucky enough to win a free ticket from Beijing to Colombo, capital of Sri Lanka, provided by SriLankan Airlines. 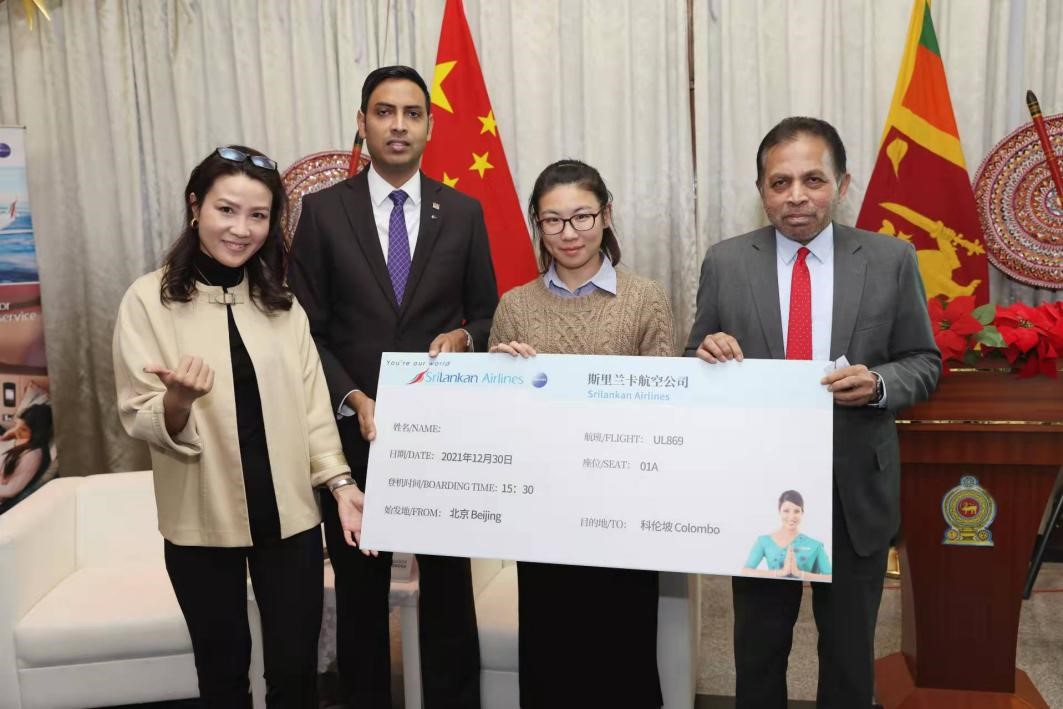 The winner (R2) of the raffle poses for a photo with the Ambassador of Sri Lanka to China Palitha Kohona (R1) and Chinthaka Weerasinghe (R3), regional manager of China and greater East Asia for SriLanka Airlines, on Dec. 30, 2021. [Photo courtesy of SriLankan Airlines]