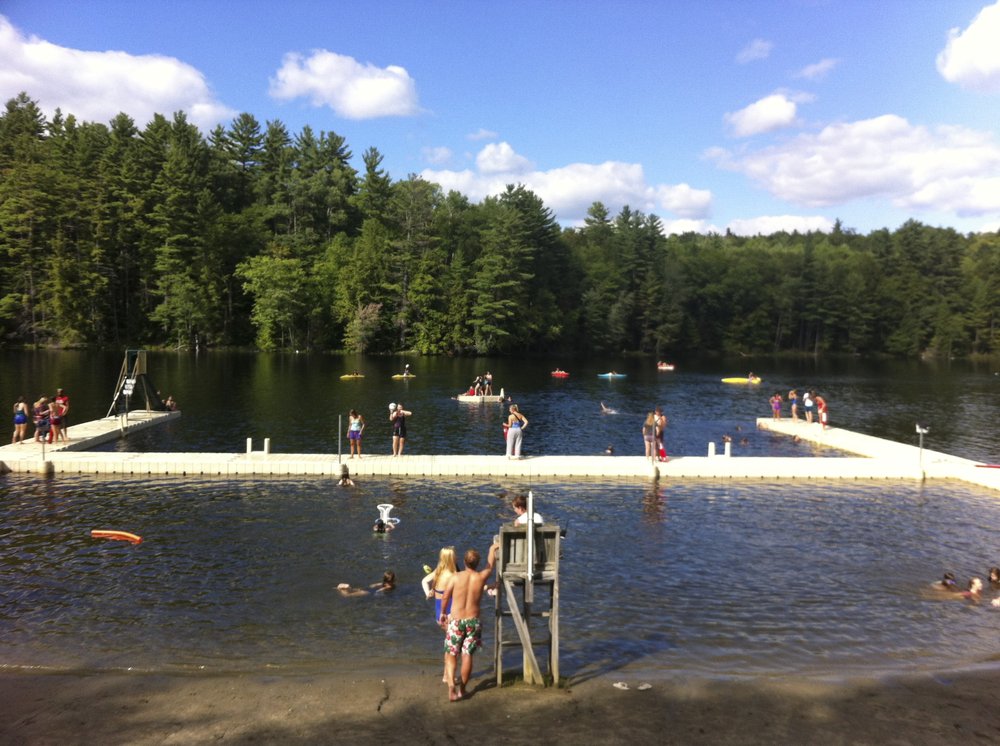 This image released by Forest Lake Camp shows swimmers and kayakers on the lake at the camp in Warrensburg, N.Y. Summer camps have begun to notify families that they won’t open due to the coronavirus crisis. Most, however, are in wait-and-see mode as parents who rely on camp for child care as well as child fun try not to panic. (Photo: AP)

For 17-year-old Morgan Carney, missing her seventh summer at overnight camp in the Ozarks would be worse than what she’s feeling now in isolation without her school friends and usual slate of activities.

“She says she can’t even think about not going to camp this summer or she’ll be depressed,” said her mother, Amy Carney. “Her best friends in life are her camp friends.”

So far, so good for the Phoenix teen. Her camp in Branson, Missouri, has made no plans to cancel. But other kids looking forward to new or beloved summer programs haven’t been so lucky.

Some camps have already notified families they won’t open due to the coronavirus crisis. Most, however, are in wait-and-see mode.

“Right now it’s such a dynamic situation,” said Tom Rosenberg, president and CEO of the American Camp Association. “The camps themselves are trying to be adaptable and flexible as more information becomes available.”

With the start of the season approaching, many camps are monitoring the pandemic’s progress, and crunching the numbers on potential mass refunds. Some parents have held off putting money down, with camps extending deadlines for enrollment.

Virginia is the only state with a stay-at-home edict that stretches into June. But regardless of whether such orders continue, are imposed anew or lifted, will parents feel comfortable that the coronavirus threat has lessened enough to make camp safe?

Thomas Bradbury in Augusta, Maine, has two girls, ages 8 and 12. He has already paid for camp but has no idea how summer will play out.

“I feel a mix of unease and irresponsibility sending them to any summer camps,” he said. “Prevention is better than cure, and I want to do my bit to help prevent this virus spreading any more than it needs to.”

Most camps have long dealt with disease outbreaks and critters like lice. Screening and health protocols exist. But Tracey Gaslin’s phone hasn’t stopped ringing in recent days. She’s the executive director of the Association of Camp Nursing, which advises nurses and camp directors.

“We’re encouraging camps to work on Plan A, with the hope of having camp, but you also need to be working on Plan B and Plan C,” she said. “It could be virtual camping. It could be camping with limited numbers. Who knows?”

A new Centers for Disease Control and Prevention report shows that fever, cough and shortness of breath were the most common symptoms of the virus in kids, but occur less often than in adults. Young people, along with others, can be silent carriers.

More than 22 camps have plans to pivot to “online camp” this summer, including some for kids with special health needs. Other camps are looking at limiting field trips and visitors’ days, or pushing back start dates.

Day camps reliant on mass busing have the added worry of bans on crowded buses.

The thought of no camp is a dark one for parents already frazzled by taking on home school and keeping kids entertained during lockdown. The prospect is just as bleak for camp directors.

“It’s an existential threat to not be able to operate,” Rosenberg said. “What we do know is kids need camp more than ever.”

According to industry estimates, the U.S. has more than 14,000 year-round and summer camps serving 20 million campers annually.

Geoff Blanck owns and operates the Forest Lake Camps in New York’s Adirondacks region, serving 150 to 175 campers at a time. He’s proceeding with preparations for this season, scheduled to start June 28.

His staff of 70 is hired, the water will be turned on soon and cleanup has begun. Seven weeks cost $8,300.

So far, just one family has canceled, with a promise to return next year.

One of the most difficult things has been families delaying enrollment, Blanck said. Will there be a rush come June, or will he wind up running a smaller program?

Todd Rothman, who owns Deerkill Day Camp in New York’s Rockland County, is also planning as if he’ll open, possibly with a delayed start. He usually opens June 29, serving about 800 campers through the summer.

If he can’t run buses, he may ask families to drive their children to and from camp. Some campers travel up to 45 minutes each way.

“We’d probably lose half to three-quarters of our families if they have to drive,” Rothman said.

Rothman has had only two families cancel. They were refunded their balances, and their $500 deposits per child were rolled over to next year.

Doron Krakow, president and CEO of the JCC Association of North America, said about 150 day camps and 25 overnight camps in the U.S. and Canada are operated by Jewish community centers that fall under his nonprofit’s umbrella. Between them, the camps serve about 100,000 young people every summer and are a big part of the community centers’ annual income.

In the South, summer camp usually starts at the end of May. That means staff would be headed to camp in a few short weeks for orientation.

“There’s genuine concern about how safe and responsible″ that would be, Krakow said.

Gaslin, meanwhile, is putting her trust in public health officials and beefed-up attention to hand-washing and other preventive measures. She’s been running webinars on screening protocols for when kids hop on buses and when they check in at camp. That includes temperature checks and questions about exposure.

“All we can do is mitigate risk,” she said.