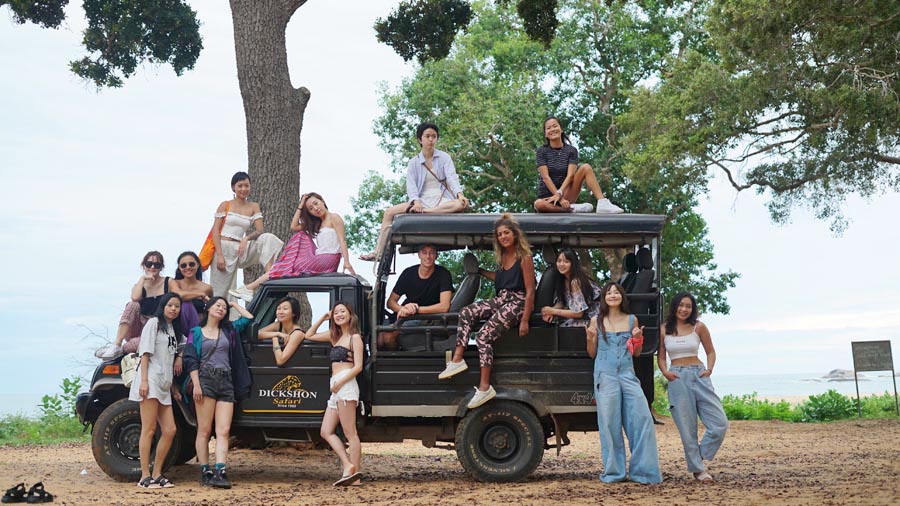 Every day tanned gods and goddesses－the male of the species bronzed, athletic and sporting swimming trunks, the female bronzed, athletic and wearing a bikini－emerge from wooden clubhouses carrying colorful surfboards. From there they saunter across a palm tree-lined paved road, pass by a gigantic blue bowl that acts as a skating training ground on which surfers can improve their balance, and cross a stone bridge before reaching their playground: the golden sands and clean, warm water of Riyue Bay.

We are about 100 kilometers from the tourist resort of Sanya in Hainan province, in an outlying and relatively little known village on the east coast of the tropical island, a utopia for Chinese surfers, and not only them.

The swells and occasional barrel waves are powerful enough to attract surfers from around the world all year round, and the high respect in which the bay is held is reflected in its having been chosen for championship events run by organizations such as the World Surf League and the International Surfing Association championship in recent years.