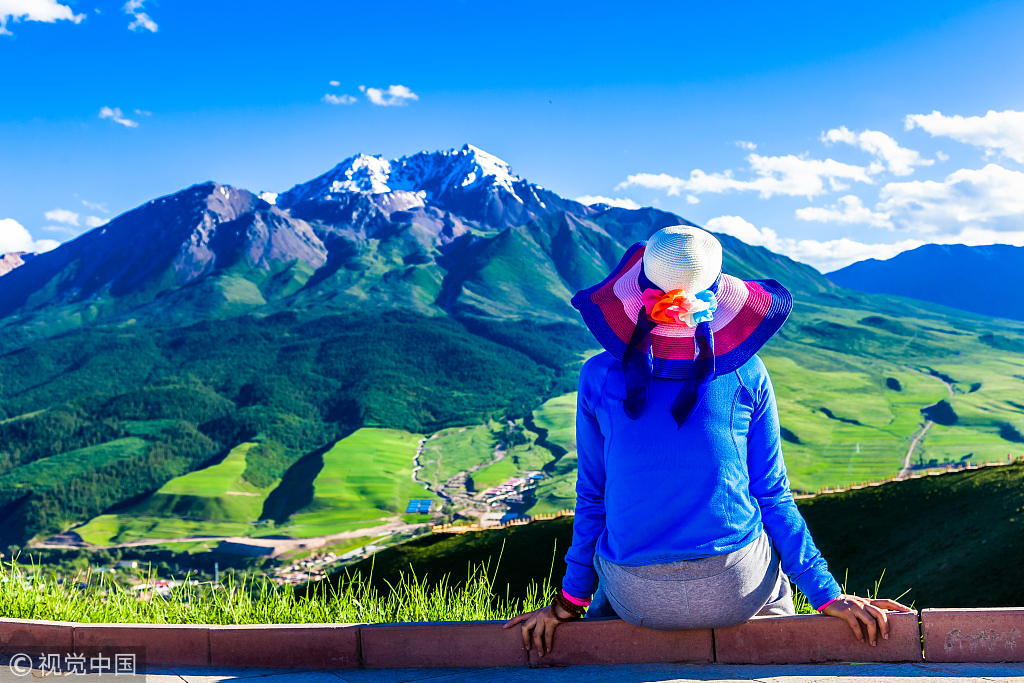 A visitor is looking at the Qilian Mountain. (Photo: VCG)

According to a new survey by Agoda, a growing number of travellers are choosing to go solo in their bid to escape the stresses of modern living.

Agoda's Solo Travel Trends 2018 survey has found that 'relaxation' and 'time to unwind' are the top motivators for solo leisure travel globally.

Solo travellers surveyed also ranked 'getting away from routine' and 'exploring new cultures' as other leading motivations for travelling alone.

The survey also finds that Asian "Millennials" and "Gen Z'ers" are more likely to travel alone, while solo travel by Europeans and North Americans is more likely among "Baby Boomers" and "Generation X'ers."

Agoda's survey has also found Westerners are also more likely to indulge in solo travel for longer trips that last between 4 and 7 nights. In addition, Western solo travellers are twice as likely than Asian travellers to go on trips of 14 nights or more.

Analysis also shows that solo leisure travellers spend more time in front of their laptops and phones than any other traveller — an average of two hours a day.

Those who travel with friends and family spend significantly less time in front of a screen.

Individual travellers from Asia are considered to be the most digitally connected, and are more than two times as likely to spend 4 or more hours a day in front of their screens than their Western counterparts.

Cosmopolitan cities top the charts as the ideal location for solo travellers – whether its for business or leisure.

According to Agoda's booking data, Bangkok is the top destination for individual Asian travellers this year, while London is number one spot for Western solo travellers.

Both cities are ideal for individual travellers, as both have thriving tourist attractions; from shopping and nightlife to culture and dining.

Tokyo is also a popular choice for both Asian and Western travellers.