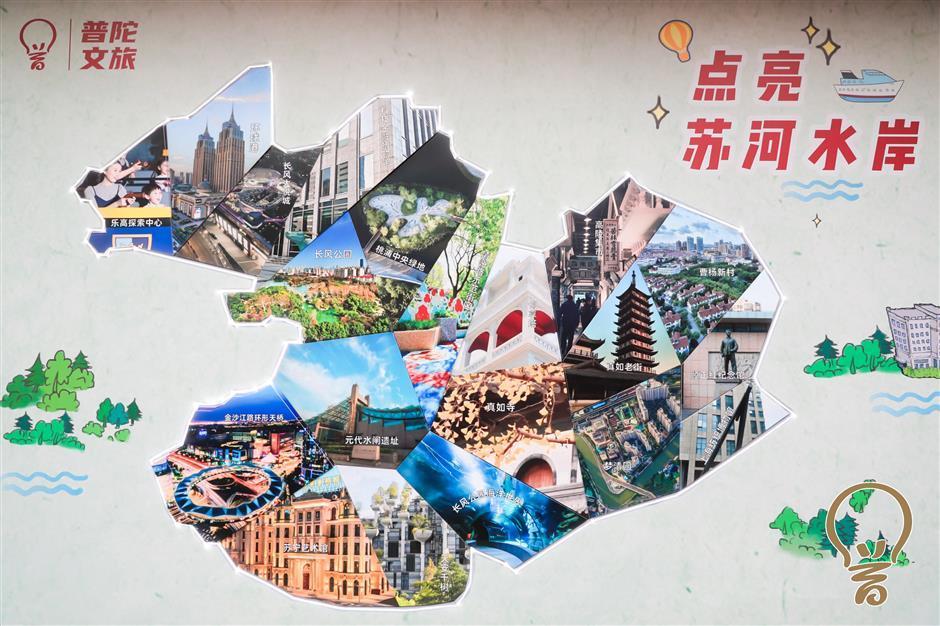 A map features landmark sites along the Putuo-section of the Suzhou Creek, the longest in downtown.

Six new tourist routes along Suzhou Creek were released on Wednesday to mark China Tourism Day and allow visitors to explore the revolutionary and industrial heritage on the riverside.

About 30 tourist attractions, architectural relics and cultural venues are included in the new routes in Putuo District, which features the longest downtown section of the creek at 21 kilometers.

The routes are themed on workers’ movements in Huxi, or west Shanghai, the various bridges spanning the creek, traditional riverside neighborhoods as well as museums and art galleries along the creek.

About 100 residents in Changshou Road Subdistrict experienced one of the routes. They braved the rain to visit the Baocheng, Xikang Road, Jiangning Road and Changhua Road bridges.

Putuo has created a continuous path along its section of the creek by demolishing obstacles at 19 sites, according to the district government. The downtown Putuo section is once home to China's earliest industries.

The waterfront section known as Baocheng Bay, for instance, where the new routes were released, is home to a fifth of China's earliest textile factories, dating back to the 1920s. After 1949, the Shanghai No. 1, 6 and 7 cotton factories were based on the waterfront, along with a military warehouse for quilts and uniforms. The site was dubbed the "cradle of China's textile industry." 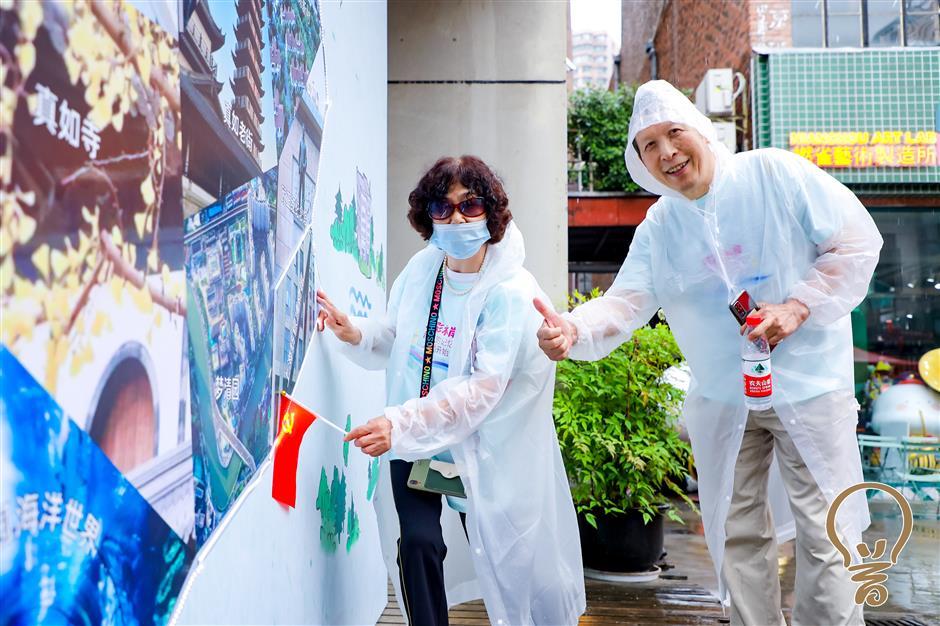 It's thumbs-up for a new tour route along Suzhou Creek. 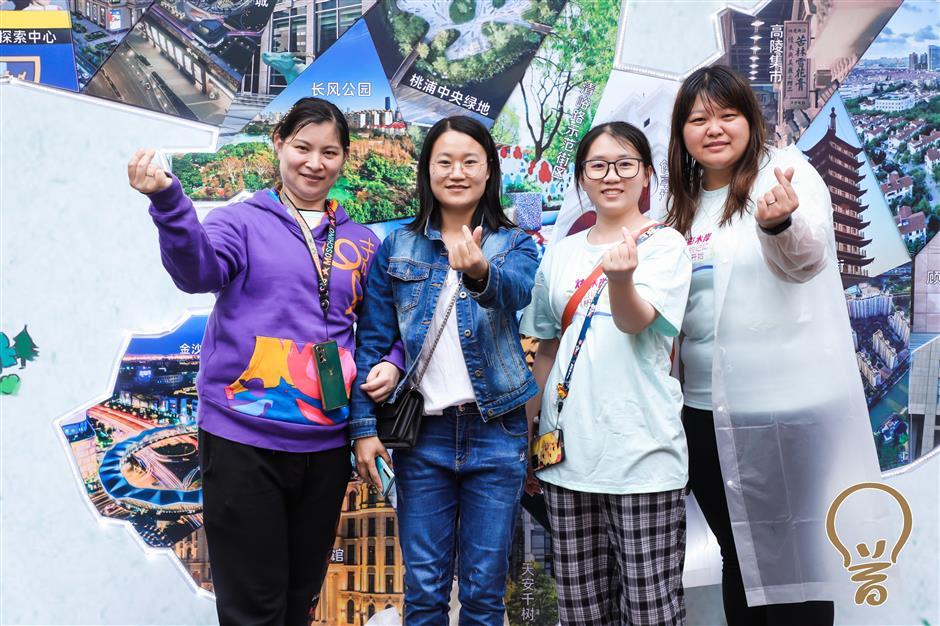 A group poses for a photograph after finishing the tour along Suzhou Creek.

Renovation work has replaced a muddy path with cement, while illegal structures were demolished to make way for pocket parks.

Several industrial buildings have been preserved, including a warehouse and pump house at 652 Changshou Road built in 1922 by the Japanese Home and Foreign Cotton Trading Co and later owned by Shanghai Textile Holding Co.

The district’s culture and tourism bureau aims to develop the “Suzhou Creek Waterfront” as a brand to support the city government’s ambition to become a world-famous tourist destination.

It has developed multiple tour routes to help residents and tourists explore the history and culture along the creek.

One of the routes about China’s early national industries is deemed the “favorite micro-tourism route” by Shanghai residents.

And the annual Suzhou Creek Culture and Art Festival has been named one of the city’s “most popular urban events.”

A number of riverside landmarks have become popular with tourists, including the X-Tower innovation park, Taopu Central Greenbelt, the History Museum of Caoyang Community and the Gaoling Market in Zhenru Town。 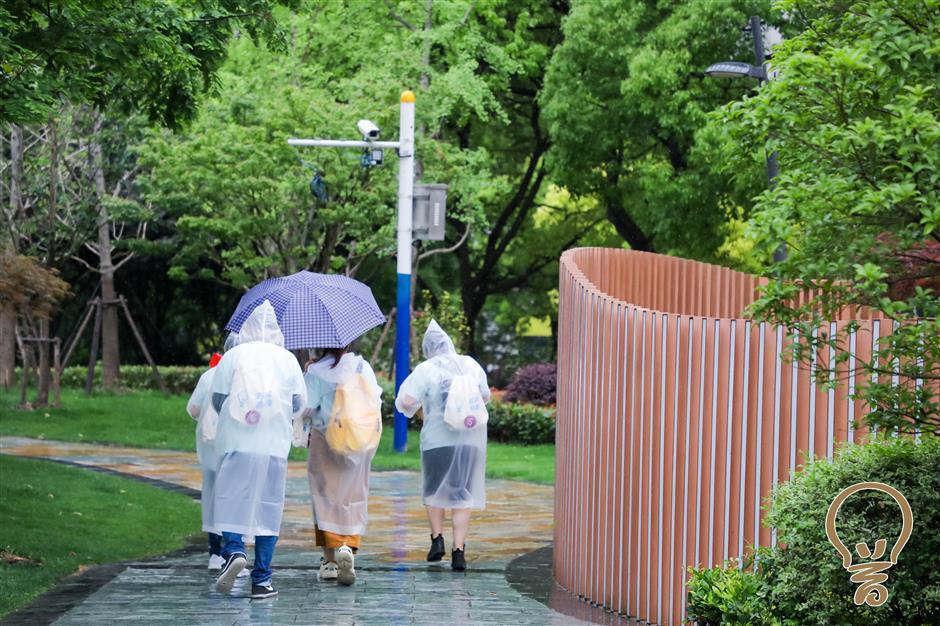 About 100 people brave the rain to take part in the Suzhou Creek tour on Wednesday.