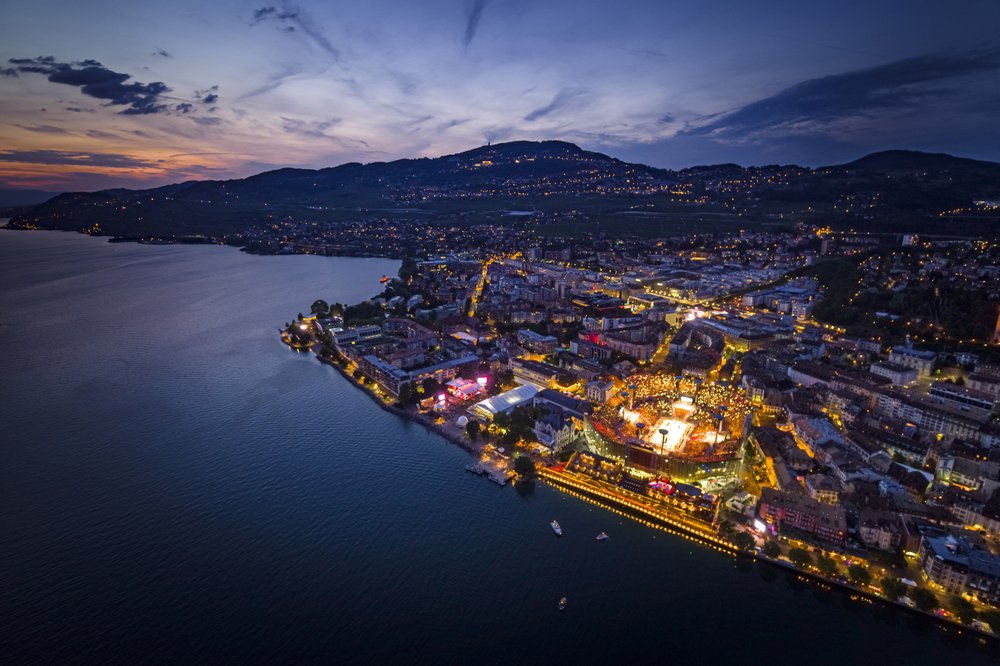 Swiss residents and tourists alike are partying like they haven’t since 1999.

The town of Vevey has kicked off the 12th “Fete des Vignerons,” or Winemakers Festival, the latest installment in a centuries-old tradition of celebrating vineyard workers — which nowadays takes place only once a generation.

Festival organizers have pulled out the stops for the celebration in Vevey, a lakeside town near Switzerland’s famous terraced vineyards that are listed as a UNESCO World Heritage site. In 2016, the UN cultural agency classified the festival itself as part of the “intangible cultural heritage” of Switzerland.

Among the big-ticket items in the 100 million Swiss franc ($100 million) budget for the festival is a purpose-built arena — big enough to hold 20,000 people, or more than the entire town’s population. Towering over Lake Geneva, the venue is hosting an Olympics- or Super Bowl-style show with dancers, music and other festivities. As many as a million people are expected in Vevey while the festival runs through Aug. 11.

Above all, it’s a colorful, timeless celebration of Swiss-ness tied up in a festival for winegrowers. People dress in costumes to represent facets of life in the vineyards: insects like ants and grasshoppers; or pests like raisin-pecking starlings; young lovers frolicking among the vines; droughts and storms that confound winegrowers.

During the kickoff parade on Thursday, kids in butterfly or ladybug costumes marched through town, while marching band players took a break from the Swiss sunshine with glasses more often filled with cold beer than wine.

This year, organizers are going high-tech with what’s billed as the world’s largest outdoor LED-lit stage.

“It’s been 20 years that we’ve been waiting for this moment now, and it’s crazy!” said Vevey native Fanny Rupp, a 31-year-old physical therapist wearing a wide-brimmed and traditional dress.

With an arm draped over her father’s shoulder, they sang a few bars of the festival anthem “Ranz des Vaches” — a nostalgia-rich Alpine song popularized by 18th-century Geneva philosopher Jean-Jacques Rousseau.

Some 5,500 dancers, actors and extras are working at the festival, which features parades, music and lots of alcohol consumption. But the centerpiece is the awards given to winegrowing standouts.

The festival has its roots in a competition that began in the 17th century to ensure quality wines from the region, with a grading system that often got censorious — with some winegrowers who didn’t pass muster all but shunned. The festival began a more upbeat approach by “crowning” standout winegrowers in the first formal festival in 1797.

A show playing nightly represents a “year in the life of the vineyard,” with 20 scenes culminating with the harvest.

While the winegrowers are the honorees, the festival is really a celebration of Switzerland and its amazing natural environment, featuring each of the country’s 26 cantons, or regions.

“Honestly, we can say that Vevey will be the capital of Switzerland for one month,” he said.