India's top tourist attraction the Taj Mahal will reopen this week, the government said Monday, two months after it was shut as a deadly surge in coronavirus infections swept the country. 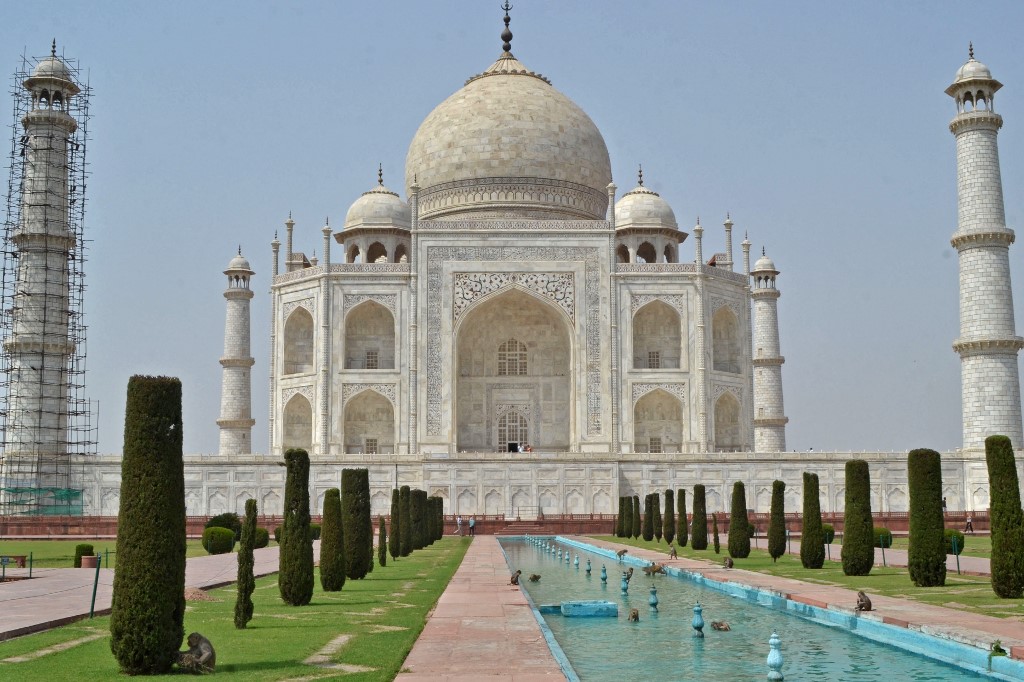 The Taj Mahal mausoleum is seen deserted apart from a few monkeys sprawling around the fountain area of the monument, after an order by the administration was issued to close all protected monuments and tourist spots for a duration of a month to curb the spread of coronavirus infections in Agra on April 15, 2021. (File photo: AFP)

Cases and deaths in the vast nation of 1.3 billion people soared to record levels in April and May, with state and national authorities imposing lockdowns and other restrictions to stem the spread of the virus.

Infections have declined in recent weeks, with major cities including the capital New Delhi and the financial capital Mumbai lifting some curbs on movement and activities.

One of the New Seven Wonders of the World, the Taj Mahal was shut down in March last year as India imposed one of the world's strictest lockdowns at the start of the pandemic.

The monument of love built by Mughal emperor Shah Jahan as a tomb for his beloved wife Mumtaz Mahal reopened in September with restrictions on the number of visitors before shutting again in mid-April.

The Taj Mahal is in the northern state of Uttar Pradesh, which was badly hit during the massive wave of infections and deaths.

Covid-19 precautions mean visitors would not be allowed to touch the shining marble mausoleum, an Archaeological Survey of India official said.

"All Covid-appropriate precautions are being taken," the official told AFP.

"Visitors will have to step on a sponge-like platform which will act as a sanitiser for shoes."