Standing in a snack shop located at the entrance of Anshi village in Southwest China's Yunnan province, Wang Zhengmei, 45, fervidly greets tourists and offers them local specialties like fried potatoes and rice noodles. 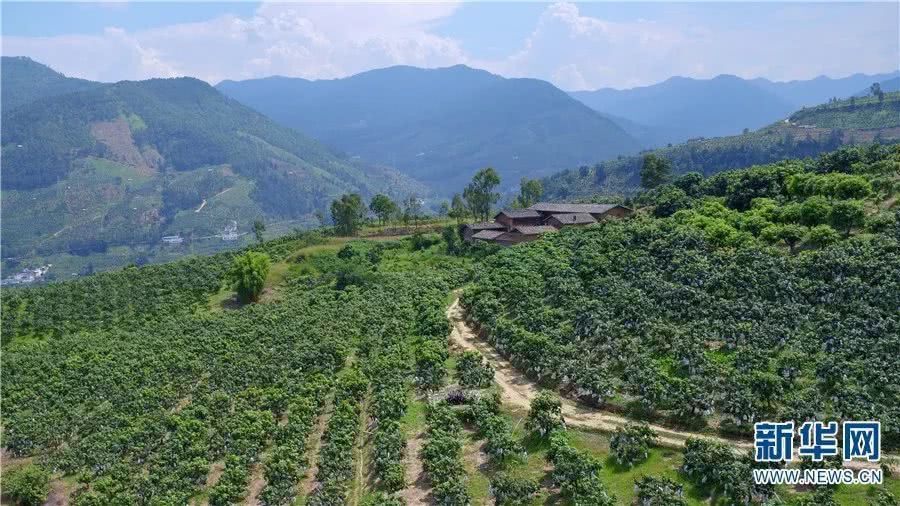 Anshi is among the 29 "demonstration villages" of rural tourism. As a paragon of the "tea + tourism" model, it offers a one-stop rural tourism route integrating tea picking, tea production, sightseeing and savoring tea culture. (Photo: Xinhua)

Wang used to struggle for a living far away from home, but when Anshi became a favorable destination for tea lovers, she seized the business opportunity and returned home to open the snack shop last year.

Wang initially set up a shed to sell snacks, but with government support, the shop was upgraded to a firm and beautiful wooden cottage, she said.

Besides selling local snacks, Wang's shop also offers tea grown by herself. "On average, I can earn some 300 yuan ($46) every day, while on weekends and holidays, my daily income can climb up to 500 to 600 yuan, as more tourists visit our village," Wang said.

Anshi village, under the jurisdiction of Fengshan town in Fengqing county, is known as the birthplace of Yunnan black tea or Dianhong tea, which used to be a bestselling variety in western European countries and the United States in the 1970s and 1980s.

The whole county is a renowned tea production base along the ancient Tea Horse Road, with a long history of cultivating, manufacturing and relishing tea.

Based on its long history and rich tea culture, the local government has been making great efforts to boost 'tea tourism' in recent years.

"Since 2019, Anshi village has received 137 tourist groups and more than 45,000 individual tourists, earning a total profit of 526,000 yuan through tea sales and tourism services, which helped increase the village's income by more than 8 million yuan," said Li Hu, head of Fengshan Town.

Located at a distance of nearly 60 kilometers from Anshi village lies Jinxiu village, another "demonstration village" for rural tourism in Fengqing county. A massive, ancient tea tree measuring 10.6 meters in height sits atop the mountains there.

The well-protected tree, dubbed "the supreme tea tree," has become a popular tourist attraction. Vloggers come to film the tree and promote Dianhong tea via livestreaming and short videos.

"The development of 'tea tourism' has greatly boosted the local tea economy. Especially after the successful auction of 10 kilograms of fresh tea leaves of 'the supreme tea tree' this year, the price of fresh tea leaves sold by the villagers has doubled," said Luo Zhengchun, Party chief of the Jinxiu village, adding that the village has so far this year received more than 50,000 tourists.

Apart from these two villages, the burgeoning "tea tourism" has also injected vitality into more mountainous villages in Fengqing County. From January to May 2021, the county's rural tourist sites received a total of 753,000 tourists, generating 491 million yuan in tourism revenues, up 15.2 and 15.3 percent, respectively, compared with the same period in 2020.

"We expect more tourists as the county's airport will open to traffic next year," said Wang, hoping that the locals would further benefit from the integration of tea and tourism industries in the near future.