A poor and remote village in Meitan County, Southwest China’s Guizhou Province, has carved a way out of poverty by growing tea and developing tea-themed tourism. 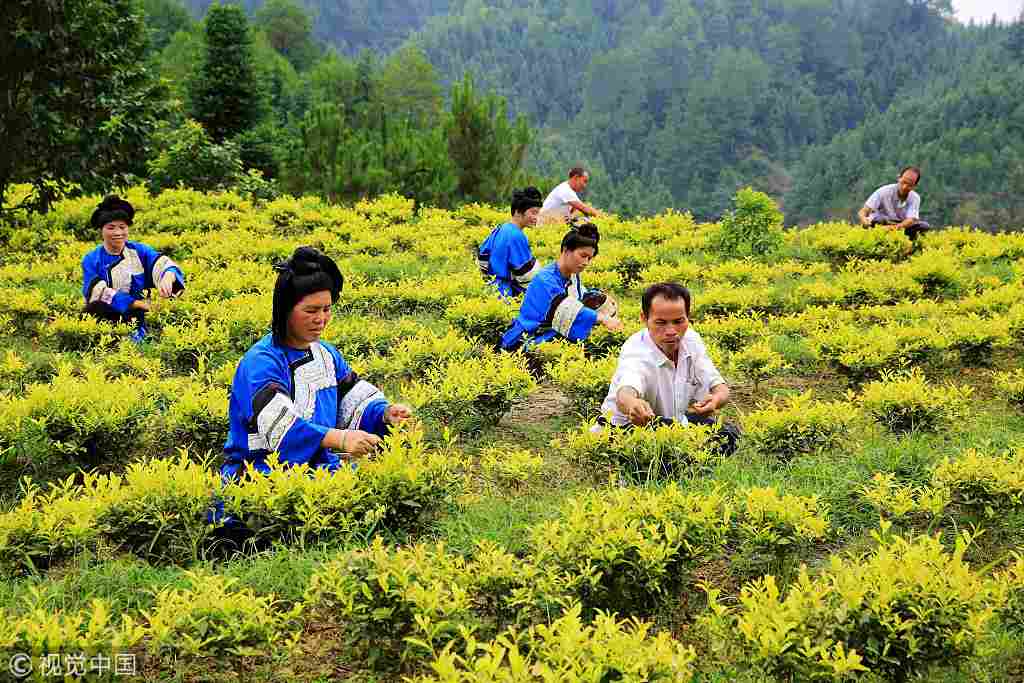 Tian Jinlian from Hetaoba Village, 66, has been growing tea for more than 30 years and now enjoys a gross annual income of about 20,000 yuan ($2,900) by picking the leaves three times from early March to mid-October.

The village, on the upper breaches of Meijiang River, was before a poverty-stricken area where people had to cross hill after hill to get drinking water.

He Dianlun, the village’s Party chief, began motivating locals to climb out of poverty using tea production starting in 1983.

The village’s new Party chief Chen Yanming, said growing tea has brought prosperity to the village and upgrading the industry has enabled every family to own a tea plantation. 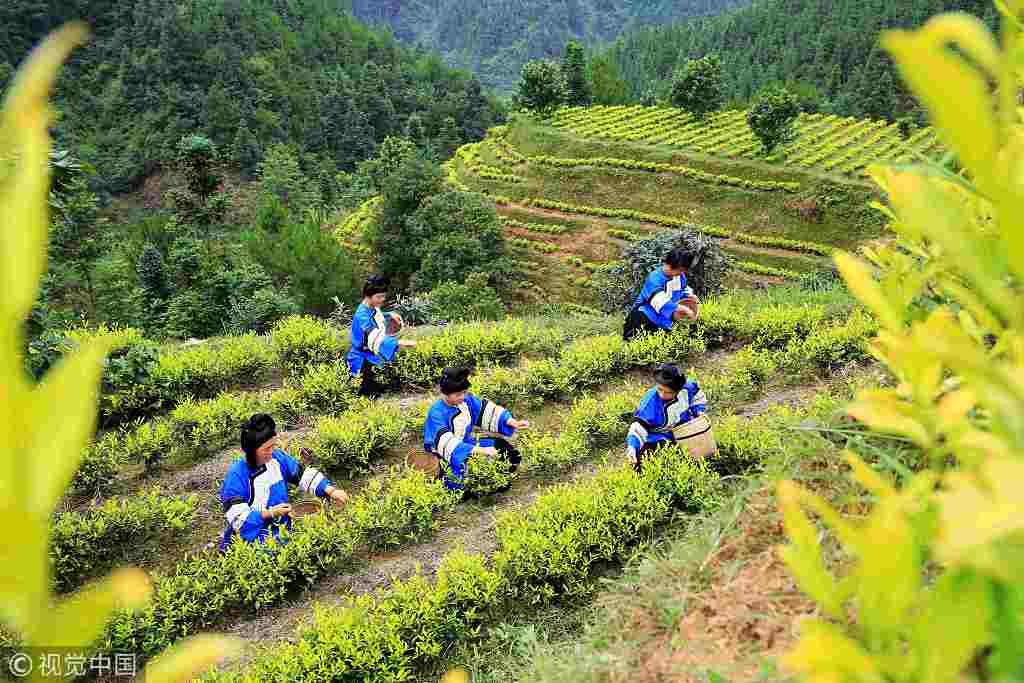 The village currently has 868 tea farmers and 12,000 mu (800 hectares) of tea plantations, while four tea companies are the provincial production leaders. The village produces more than one million kilograms of dried tea a year that sells well in China and is also exported to Europe. In 2016, the village’s tea industry had a total value of 224 million yuan, with an average annual income for farmers of some 16,400 yuan.

Hetaoba Village now boasts a complete industry chain ranging from growing to trade and branding that creates jobs for more than 3,000 migrant workers. In recent years the village has been an active presence in e-commerce with dozens of companies opening stores on China’s leading online shopping platforms.

The growth model in both Hetaoba Village and Meitan County clearly showed Guizhou’s emphasis on poverty alleviation while protecting the environment.