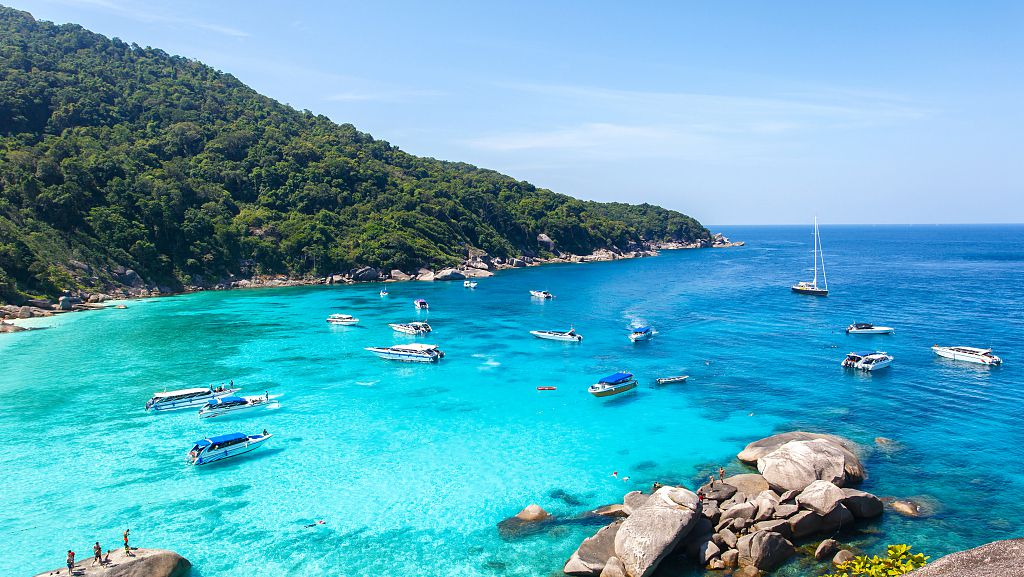 A Thai court has allowed the Similan Islands, famed travel destinations in southern Thailand, to limit the number of visitors to minimize environmental damages.

The Supreme Court of Thailand overturned an earlier ruling of the Phuket Administrative Court that suspended a plan by the Department of National Parks, Wildlife and Plant Conservation to restrict tourist number to the most overcrowded islands of the country.

Last October the department unveiled plans to put a ceiling of 3,325 tourists and 525 divers per day into the national park and the visitors could not stay overnight.

The Supreme Administrative Court made the ruling public on Wednesday, saying tour operators lacked valid arguments against the attempts to curb visitor numbers to the islands.

The islands are home to a huge variety of marine life, among them many are rare and endangered species.

Research found that sun creams worn by swimmers were having an effect on the corals, making the corals' regeneration process much slower. Heavy tourism has brought damages to the islands' ecosystem.