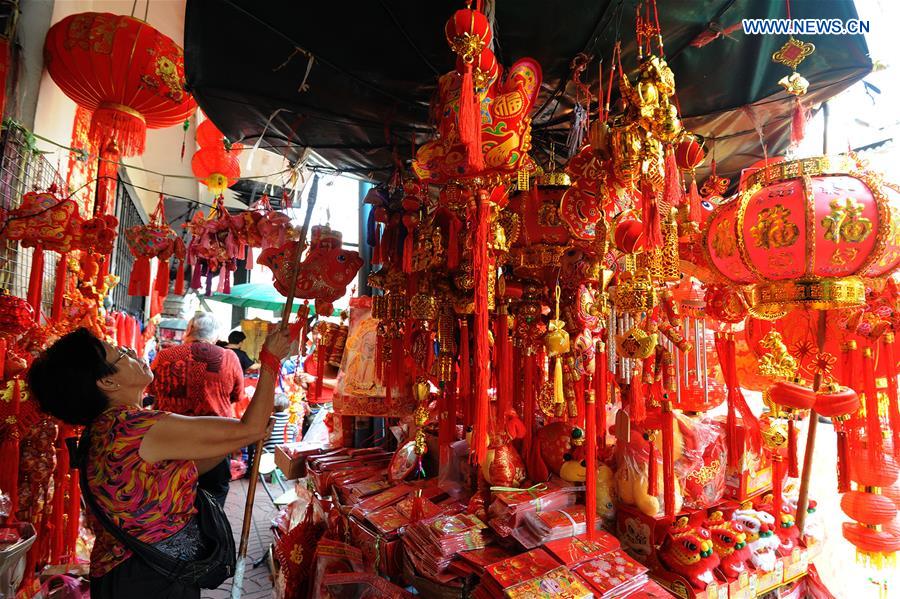 BANGKOK, Jan. 16 (Xinhua) -- The Tourism Authority of Thailand (TAT) said on Wednesday the country welcome foreign tourists during the celebration of Chinese New Year and Thai New Year Songkran water-splashing festival after the Thai government has approved the extension of the visa-on-arrival fee waiver for citizens of 20 countries and regions until April 30.

TAT quoted the decision announced in the Royal Thai government Gazette on Jan. 11 as saying that it's a measure to stimulate and promote tourism as well as to enhance the kingdom's attractiveness among foreign visitors during the peak travel season.

TAT Governor Yuthasak Supasorn said in the press release that the continuation of the stimulus visa-on-arrival measure came at a perfect time as Thailand is set to celebrate Chinese New Year in February and the Thai New Year (Songkran) in April.

Chinese New Year celebrations are vital to Thailand and this year's date falls on Feb. 5. This year will mark the 15th anniversary of cooperation between TAT, the Chinese Ministry of Culture, and the Chinese Embassy in organizing annual Lunar New Year festivities in Thailand.

For the Thai New Year (Songkran), TAT will continue its strategy to promote Thai traditions and cultural values, according to Yuthasak.

"As usual, TAT will provide support to the organizing of Songkran celebrations in various destinations throughout the kingdom," he said.

Until April 30, citizens from the countries and regions, including Bulgaria, China and India, will be exempted from the 2,000 Baht visa-on-arrival fee for the purpose of touring in Thailand for not more than 15 days.