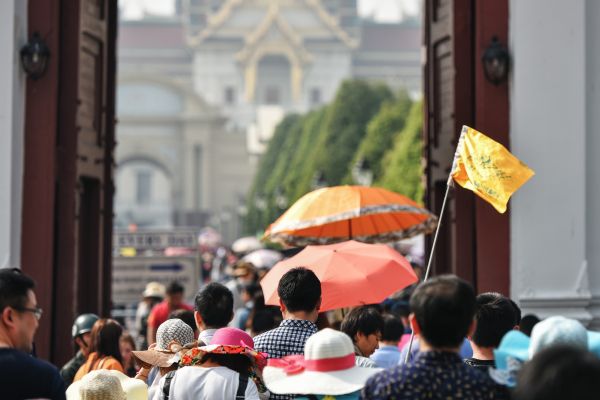 BANGKOK, Oct. 28 (Xinhua) -- Thai Deputy Prime Minister Somkid Jatusripitak reiterated on Saturday that new measures will be announced next month to woo tourists back to the country, especially those from China, in the lead up to the New Year.

Somkid who heads the economic portfolio said measures in the package would include a tax measure for jewellery purchases, a tourism package with free flights to second-tier tourist provinces and a waiver for visa-on-arrival.

"The cabinet would approve a stimulus package in the second half of November. It would be effective until the end of December," said Somkid.

"The measures would involve the Tourism Authority of Thailand, the Finance Ministry and Thai Airways International."

The measures would target mainly Chinese tourists for the sake of national income, said Somkid.

The planned exemption will include the 2,000-baht visa-on-arrival fee, along with double-entry visas.

Travellers from China slid 12 percent in August, the biggest drop in more than a year, keeping the overall pace of visitor growth near a 16-month low after a tour boat capsized off Phuket in July which killed 47 Chinese tourists.

The Tourism Council of Thailand has predicted Chinese arrivals would plunge around a quarter to 1.9 million in October through December from a year earlier.